—Text From National Geographic Atlas of the World, Eighth Edition

Mehmed II and the Ottoman Turks conquer Bosnia, where a large number of noble families convert to Islam

From Bosnia to Egypt and Arabia, the Ottoman Turks now rule the largest Muslim empire since the early caliphate

Austria annexes Bosnia-Herzegovina, in response to the policy of the Young Turks in Istanbul

Fighting intensifies between Serbs and Croats, Christians and Muslims, for territory within Bosnia-Herzegovina

The US hosts peace talks in Dayton, Ohio, between Serbia, Croatia and Bosnia to end the Bosnian civil war 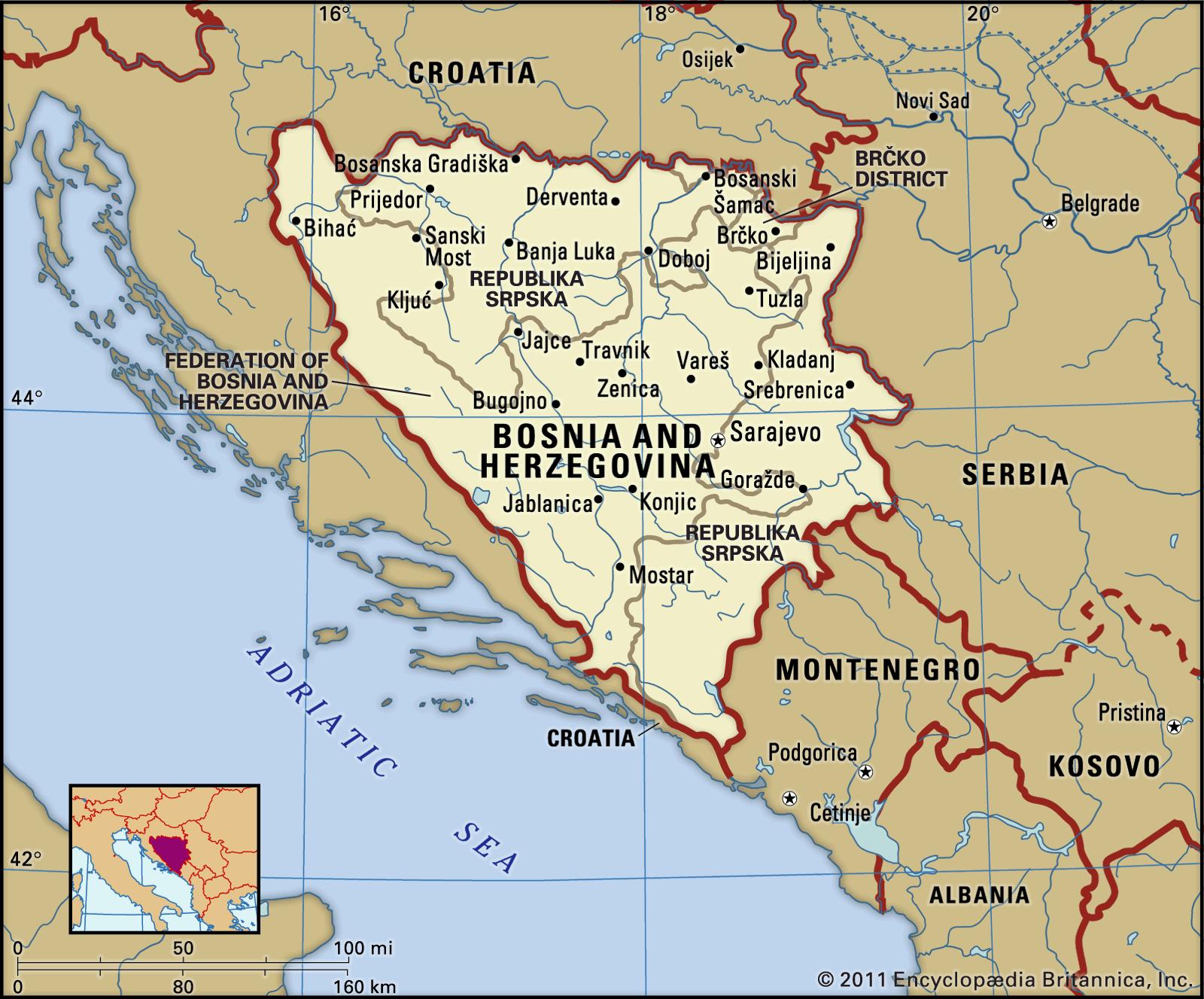 The Europa World Plus entry for Bosnia Herzegovina provides a strong introductory overview to the history of the country, starting in 1995.

Additionally, this Encyclopedia Article provides a thorough history dating back to the Bronze Age, and continues through the present. The references informing this article are thoroughly documented, and quite helpful.

History of the Bosnian Language

A language of Bosnia and Herzegovina