Resources for the Study of the Bosnian/Croatian/Serbian Languages: Bosnian Theatre 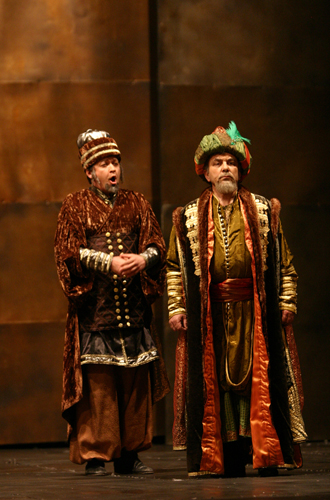 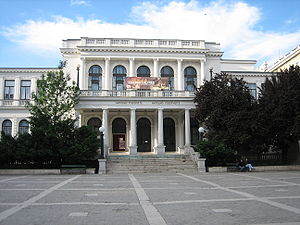 Sarajevo National Theatre is the largest theater house in Bosnia and Herzegovina and one of the most important in South East Europe. Opened in November 1921 The theater has a broad repertoire that includes opera, drama and balet. The website allows access to many of the programs of past seasons.

The theater itself is an architectural monument in the region. It was constructed in 1897 and converted to the National Theater in 1921.

In 1997, two Sarajevo theaters, the Young Pioneers' Theater and the Theater for Youth were merged to form the Pozorište Mladih Sarajevo (Sarajevo Youth Theater).  Two stages were available in the new theater, one for drama and the puppet theater stage for which the theater was well known.  This merging of youth culture and dramatic theater expanded the repertoire of the theater which is described below:

"A group of renowned authors gathers within the Theatre, portraying old, well-known heroes and tales in new ways, with a contemporary dramaturgical interpretation, and with a modern theatrical approach. The most relevant works of local and global authors were staged at the Theatre, such as J. Skupa and K. Wenig's “Srećko među bubama” (“Happy” Among the Bugs), J. Vandot and V. Rabadan’s “Kekec”, D.Bibanović’s “Pinokio” (Pinocchio), L. Paljetak’s “Alisa u zemlji čuda” (Alice in Wonderland) , G. Simić’s “Palčić Dugonja” (Thumbelino), D. Todorović’s “Pepeljuga” (Cinderella), all of which were performed on the Puppet Stage, while Shakespeare’s “The Tempest” and “The Comedy of Errors”, Aristophanes’ “The Birds”, Homer’s “Odyssey”, Jarry’s “Ubu Roi”, Držić’s “Novela od Stanca” (A Prank on Stanac), as well as Ionesco’s “The King Dies”, Kurić’s “Ljepotica i zvijer” (Beauty and the Beast), and once again,Lukić's "I opet Nušić"(A play by Nušić), “Bašeskija, san o Sarajevu” (Bašeskija, A Dream of Sarajevo), were performed on the Drama stage."
(Quoted from the theater website pozoristemladih.ba/, accessed April 13, 2011.)