Excerpt from the Dolly Parton entry by Jada Watson at the Grove Dictionary of Music and Musicians (Oxford Music Online):

(b Pigeon Forge, TN, Jan 19, 1946). American country singer-songwriter, multi-instrumentalist, and actress. Known for her soprano voice, fluttering vibrato, instrumental ability, humor, outrageous appearance, philanthropy, and business empire, Dolly Parton sprang from the depths of poverty in Appalachia. One of 12 children born to a sharecropper, Parton grew up in a one-room cabin near Sevierville, TN. Music was central to her family life; her mother taught her old-time Appalachian songs and she sang in her grandfather’s church. Parton began writing her own songs and playing guitar at a young age and landed a role on Cas Walker’s televisions show in Knoxville, Tennessee when she was 10 years old. In 1960, Parton recorded several songs in the Brenda Lee rockabilly style with Goldband Records in Lake Charles, LA. Her first song, “Puppy Love” landed her an appearance on the Grand Ole Opry. The day after her high school graduation, Parton boarded a bus for Nashville. She secured a songwriting contract in 1966 and a year later cut her first single with Mercury Records (“Dumb Blonde”). In 1967, Parton replaced Norma Jean on The Porter Wagoner Show, marking the beginning of a successful professional relationship with Wagoner that resulted in 13 duet albums on RCA Victor. In 1971, she had her first number-one hit with “Joshua,” and she scored three more in 1974 with “Jolene,” “Love is Like a Butterfly”, and “I Will Always Love You.” Parton left the Porter Wagoner Show in 1974, but retained Wagoner as her producer for two more years. Throughout the 1970s, she won numerous awards and obtained a syndicated television show (Dolly). In the 1980s, Parton began to appear as an actress, starring alongside Jane Fonda in the film 9 to 5 (1980), The Best Little Whore House in Texas (1982), and Steel Magnolias (1989). She has collaborated with numerous musicians, including Emmylou Harris and Linda Ronstadt on the Grammy award winning albums Trio (Warner Bros., 1986) and Trio II (Elektra, 1999), and with Loretta Lynn and Tammy Wynette on Honky Tonk Angels (Columbia 53414, 1993).

Parton successfully crossed over with her 1977 hit “Here You Come Again,” which featured purposefully glossier production as a crossover strategy. Her music and business acumen have helped change women’s roles within the country industry, and she has been a fierce advocate for gender equality. In the title track of her first album, Just Because I’m a Woman (RCA, 1968), Parton reprimands her boyfriend for questioning her previous sexual partners. Other songs have addressed prostitution, emotional and societal inequalities, and her mother’s experience of remaining with a cheating husband (“To Daddy,” 1975). Following the path of Loretta Lynn, Parton also wrote songs about her poor upbringing. “Coat of Many Colors” (1971) related Parton’s embarrassment of being picked on by other children for her patchwork coat, while My Mountain Tennessee Home (RCA, 1973) reveals nostalgia for her rural upbringing. Parton has since built an East Tennessee empire to strengthen the economy of her hometown, largely through Dollywood, a theme park that attracts more than three million visitors each year. In 1999, she was inducted into the Country Music Hall of Fame.

Pictures from the Dolly Parton Exhibit 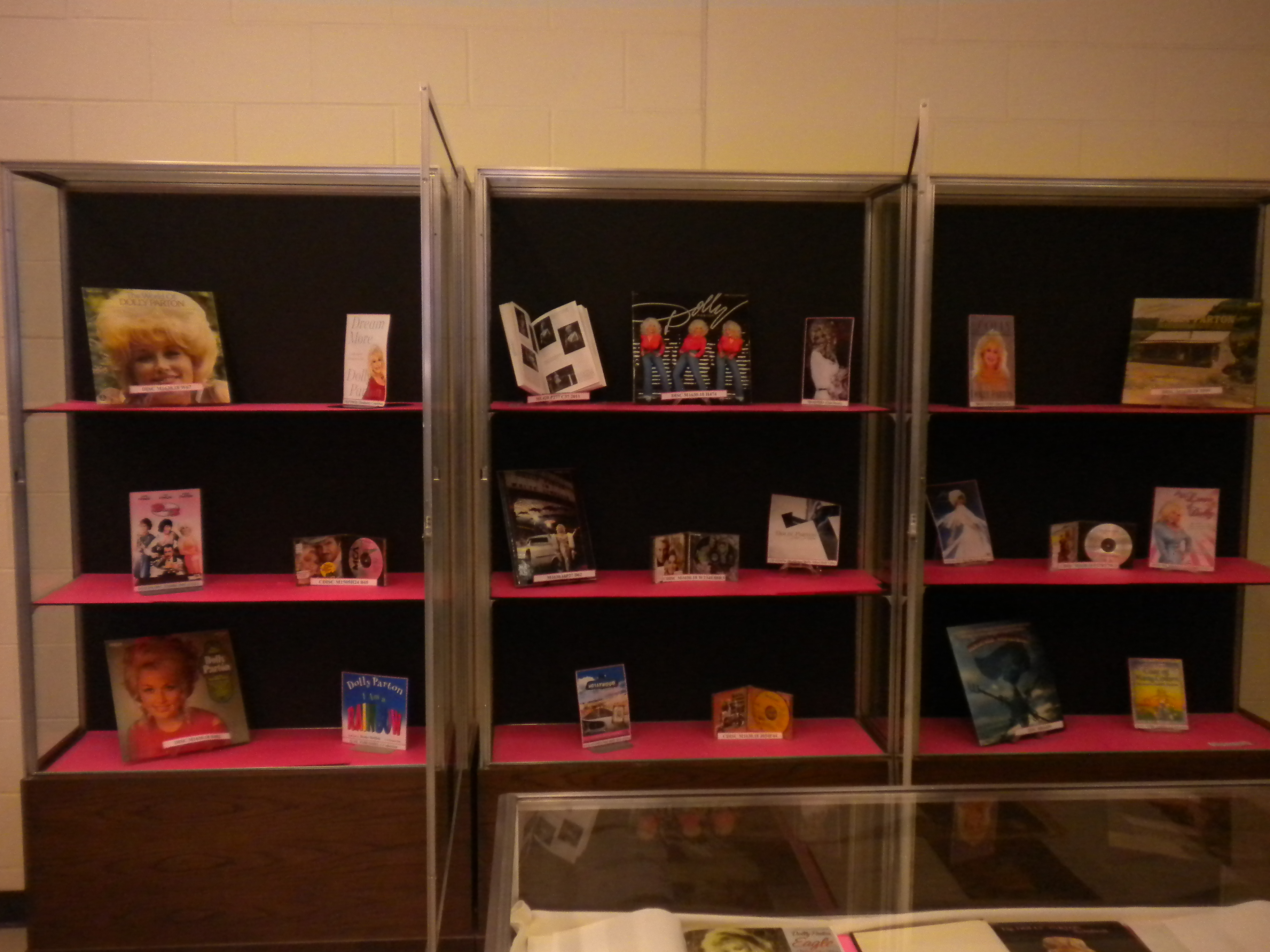 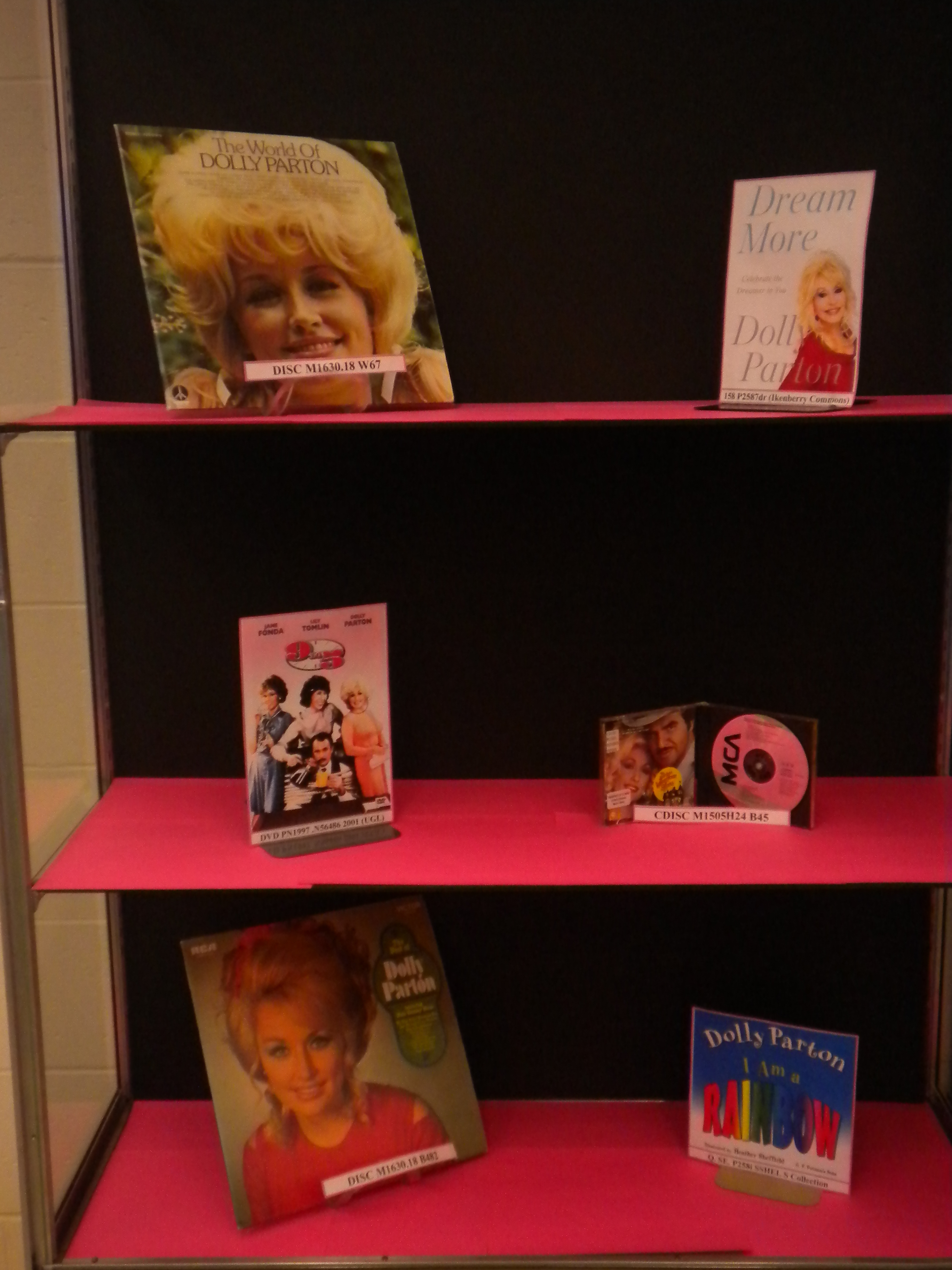 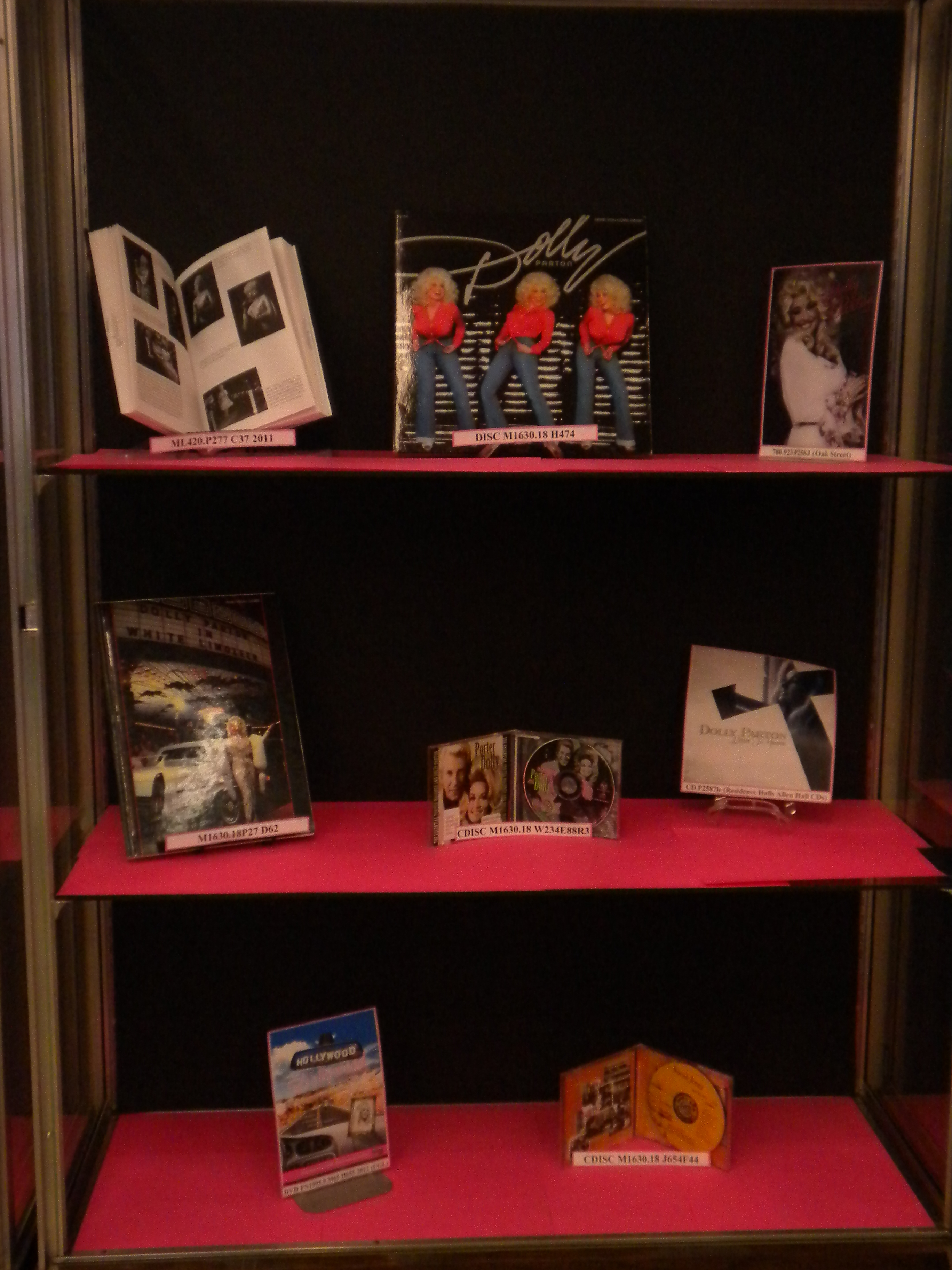 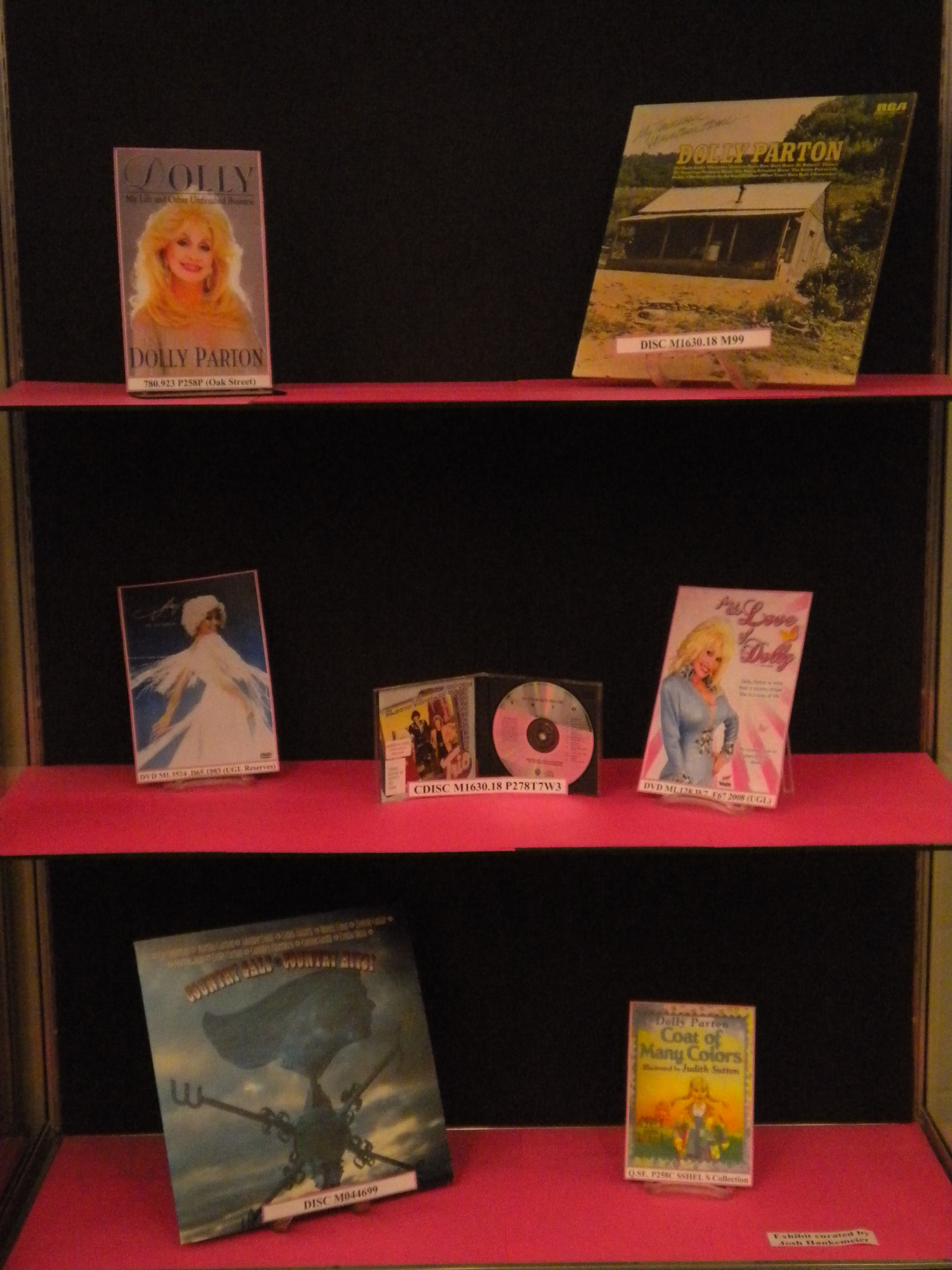