Excerpts from the Louis Armstrong entry at the Grove Dictionary of Music and Musicians (Oxford Music Online):

Despite his lifelong claim of 4 July 1900 as his birthday, Armstrong was actually born on 4 August 1901 as recorded on a baptismal certificate discovered after his death.

Before age ten Armstrong began contributing to the family income by selling newspapers, delivering coal, or collecting junk by day and singing with a quartet on the street by night. On New Year’s Eve 1912, he was arrested for firing his “step-father’s” pistol in public and, as a “repeat offender,” remanded to the Colored Waif’s Home on the edge of the city. The Home, a military reform school for boys run by ex-cavalry officer, Joseph Jones, provided Armstrong with a daily routine, regular meals, and his instruction on the cornet from band director, Peter Davis. Soon appointed leader of the school band, which often paraded and performed in and around the city, he was unhappy to leave the Home when released to his father’s custody after 18 months.

The year 1927 was one of professional and personal instability for Armstrong. Early that year the leader of the Sunset Café Band, Carroll Dickerson, was fired and the group reborn as Armstrong’s Stompers. The publication of Armstrong’s transcribed “hot choruses” and jazz breaks in the middle of the year testified to the trumpeter’s growing popularity but was marred by the death of his mother, which, notwithstanding her apparent shortcomings as a parent, left her son disconsolate. By year’s end the Sunset had closed, Armstrong’s attempts to operate his own dance hall with Hines and drummer Zutty Singleton had failed, and, having earlier left the Vendome, he returned to being the “feature man” in a movie theater orchestra.

In mid-1932 before settling out of court with Rockwell, Collins sent Armstrong on a four-month tour of England, where the performer’s exuberant onstage demeanor and altissimo playing both shocked and fascinated skeptical British audiences. A year later Armstrong was greeted tumultuously by crowds on an 18-month tour of Europe, although he had to curtail his playing for a large portion of the trip because of lip problems. Recuperating in Paris, he jammed with gypsy guitarist Django Reinhardt, who, inspired by these sessions, founded (with Stephane Grappelli) the first European jazz band of significance.

In 1956, he was featured by the prestigious Newport Jazz Festival, the Royal Philharmonic in London, Leonard Bernstein and the New York Philharmonic, and CBS as the subject of an autobiographical documentary, Satchmo the Great. The US State Department continued to offer him tours abroad, enabling “Ambassador Satch” to spread the gospel of jazz worldwide.

Notable accomplishments besides those mentioned above include being the first jazz musician to publish an autobiography (Swing That Music, New York, 1936/R), the first jazz musician to appear on the cover of Time (1949), and the first honoree in Down Beat’s Jazz Hall of Fame (1952). In 1964 Armstrong’s recording of “Hello Dolly” displaced the Beatles as number one on the pop charts, where it remained for six weeks. At age 63 he was the oldest musician to attain this milestone. 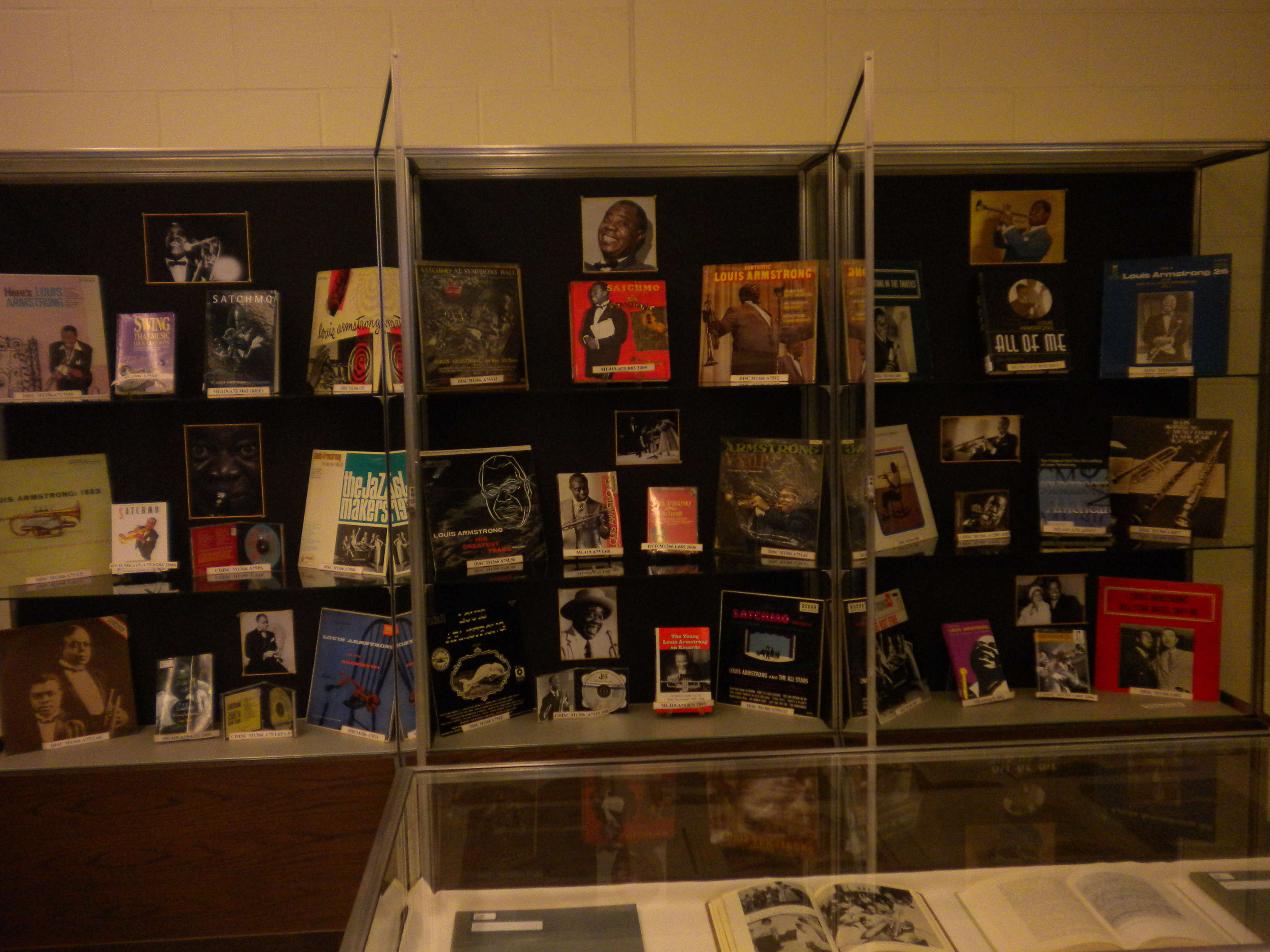 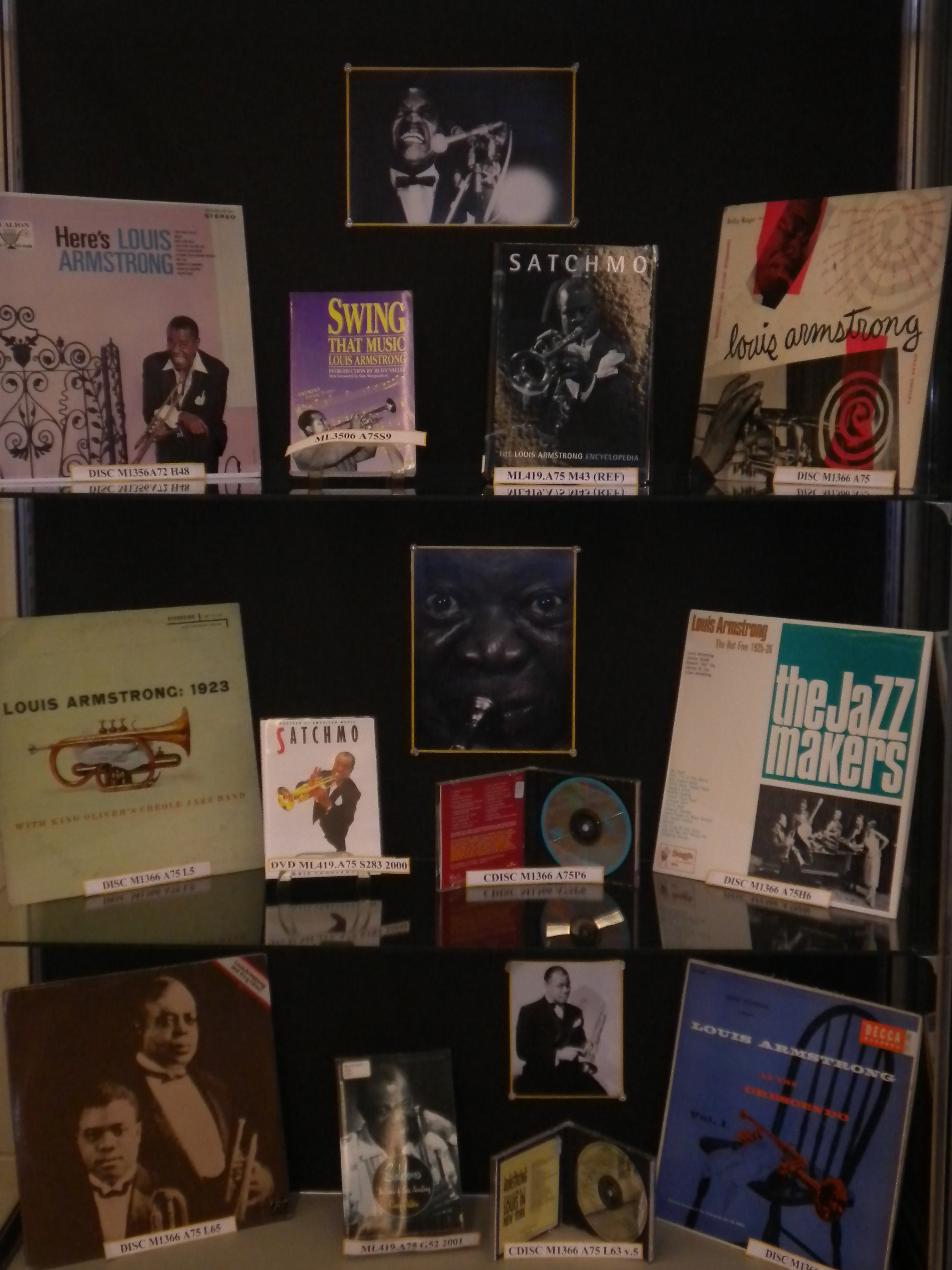 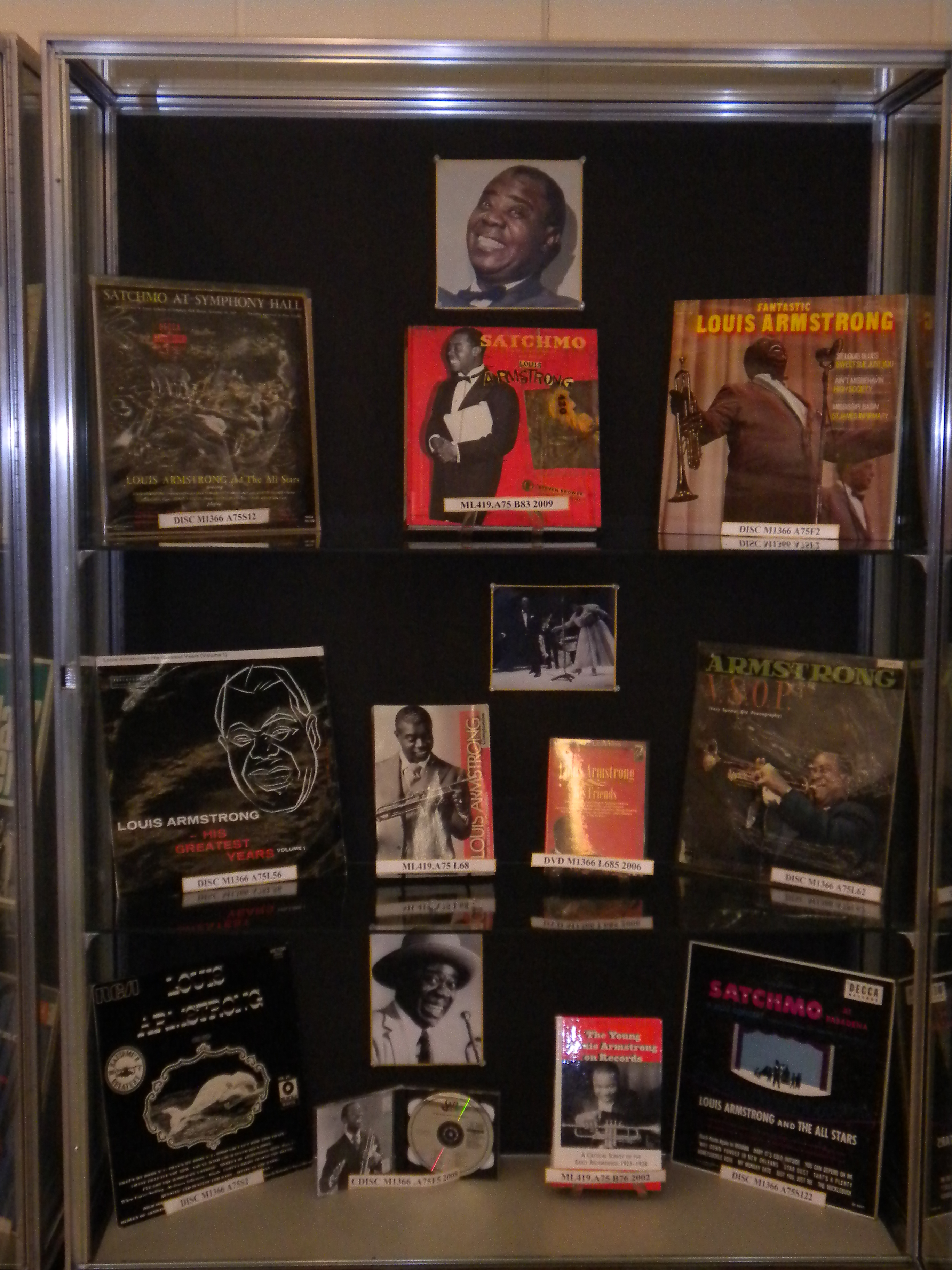 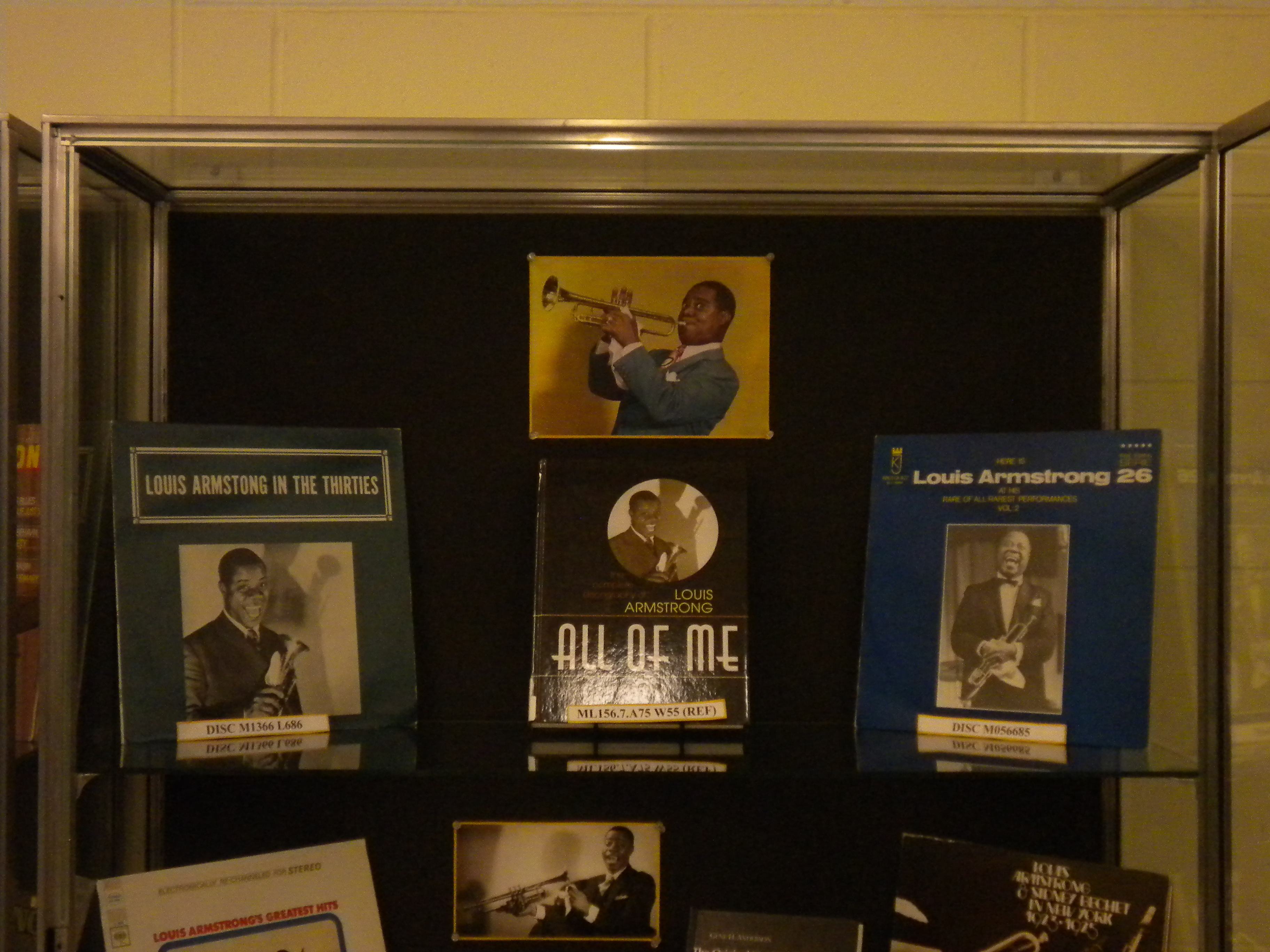 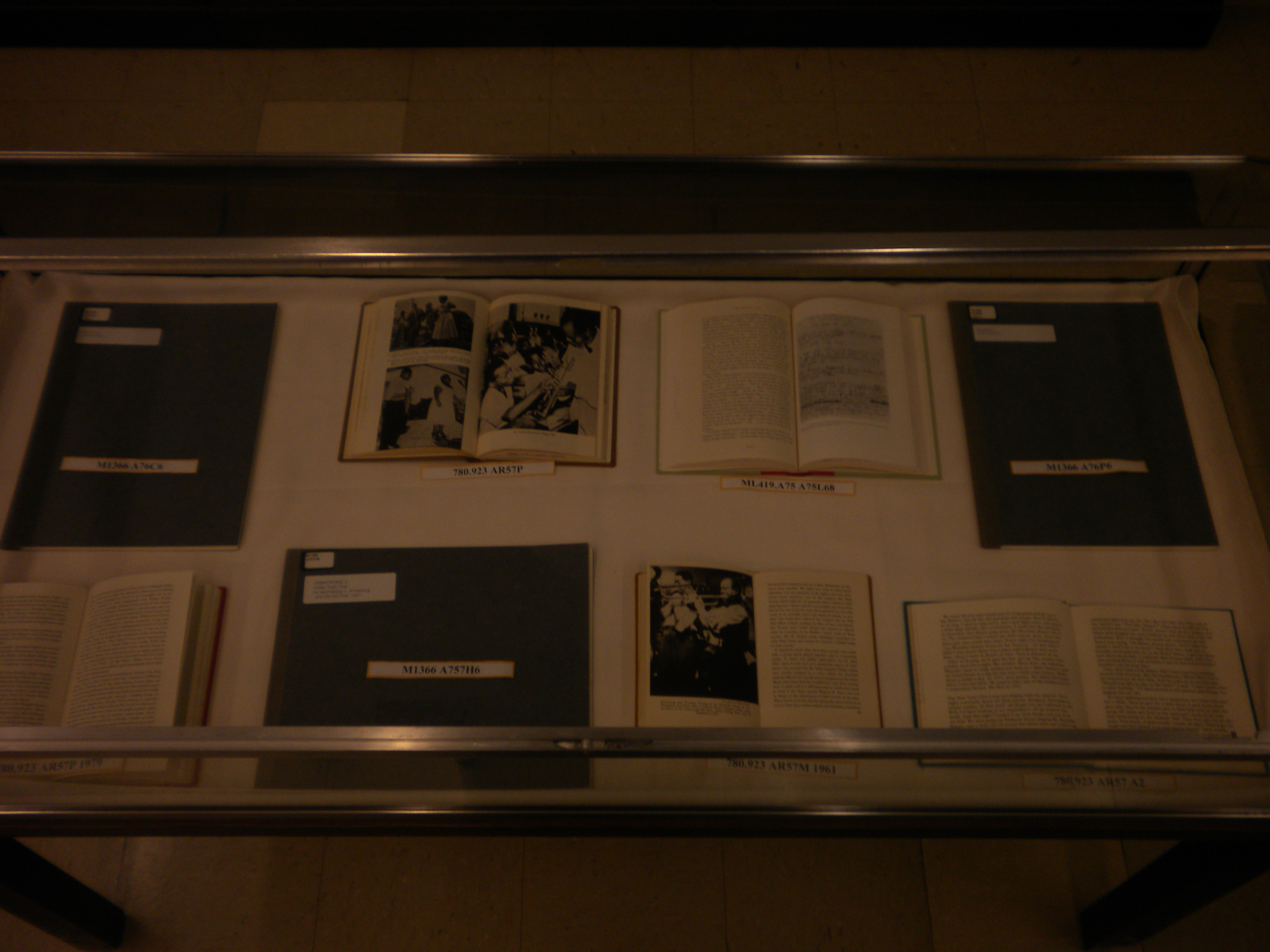