A directory of digitized reports on Illinois waters

The Cache River basin is located in the extreme southern part of Illinois, just north of the confluence of the Ohio and Mississippi Rivers, covering parts of Union, Johnson, Alexander, Pulaski, Massac, and Pope Counties. The total drainage area of the watershed is 737 square miles, and was divided by the construction of the Post Creek Cutoff in 1915 into the Upper Cache and Lower Cache River watersheds.  The Upper Cache River watershed drains 368 square miles and empties into the Ohio River at River Mile 957.8, and the Lower Cache watershed drains 358 square miles most of which empties into the Mississippi River at River Mile 13.2 through a diversion channel (Demissie, 1989).

The Cache originates near Cobden, IL, and runs for 110 miles, draining "nearly the entire tip of southern Illinois." Each section (upper and lower) is 55 miles long, with the Upper Cache dropping 15 feet per mile and carving canyons into the landscape, and the Lower Cache dropping only 1 foot per mile. The Natural flow has been altered substantially to control flooding by dredging, levees, dams, and channelization (The Cache River Basin, an Inventory of the Region's Resources). 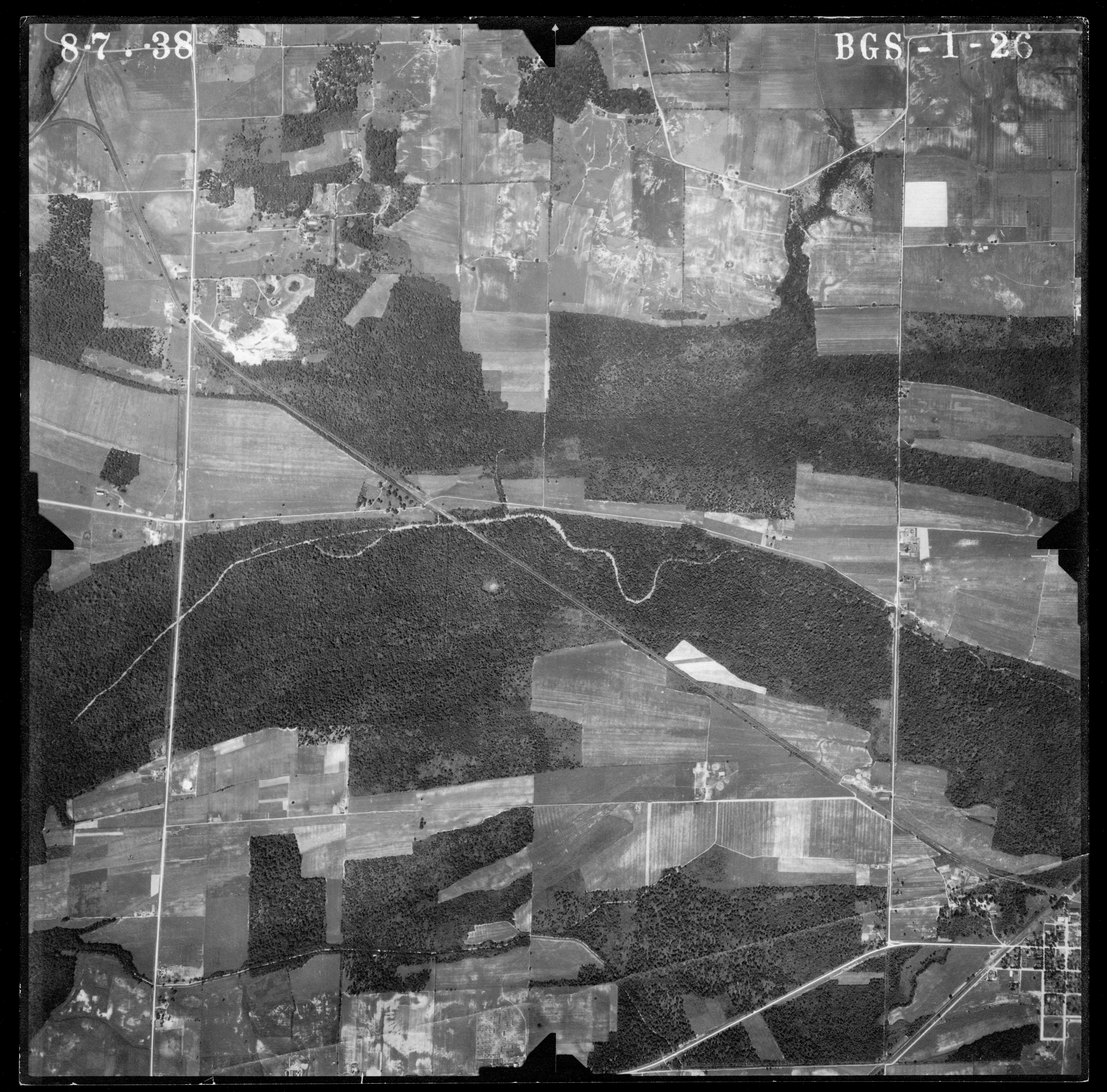 Aerial photo from August 1938 showing a segment of the Cache River at the border of Johnson and Pulaski Counties, Illinois

From 1937-1947 Illinois Historical Aerial Photography, in the Illinois Geospatial Clearinghouse. 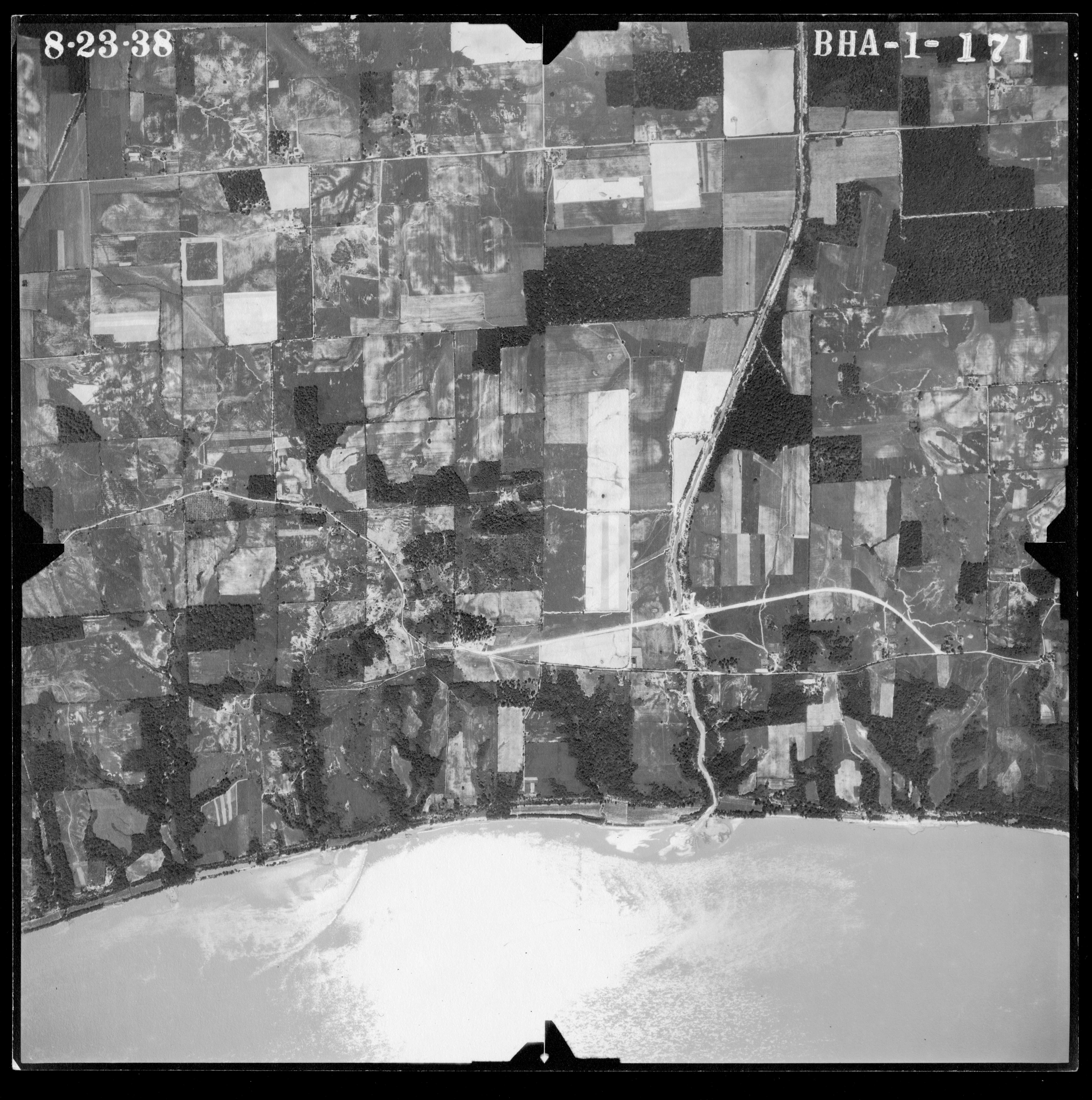 From 1937-1947 Illinois Historical Aerial Photography, in the Illinois Geospatial Clearinghouse.

Big Inch Pipeline under Construction along the Cache River, 1942 or 1943

From Library of Congress 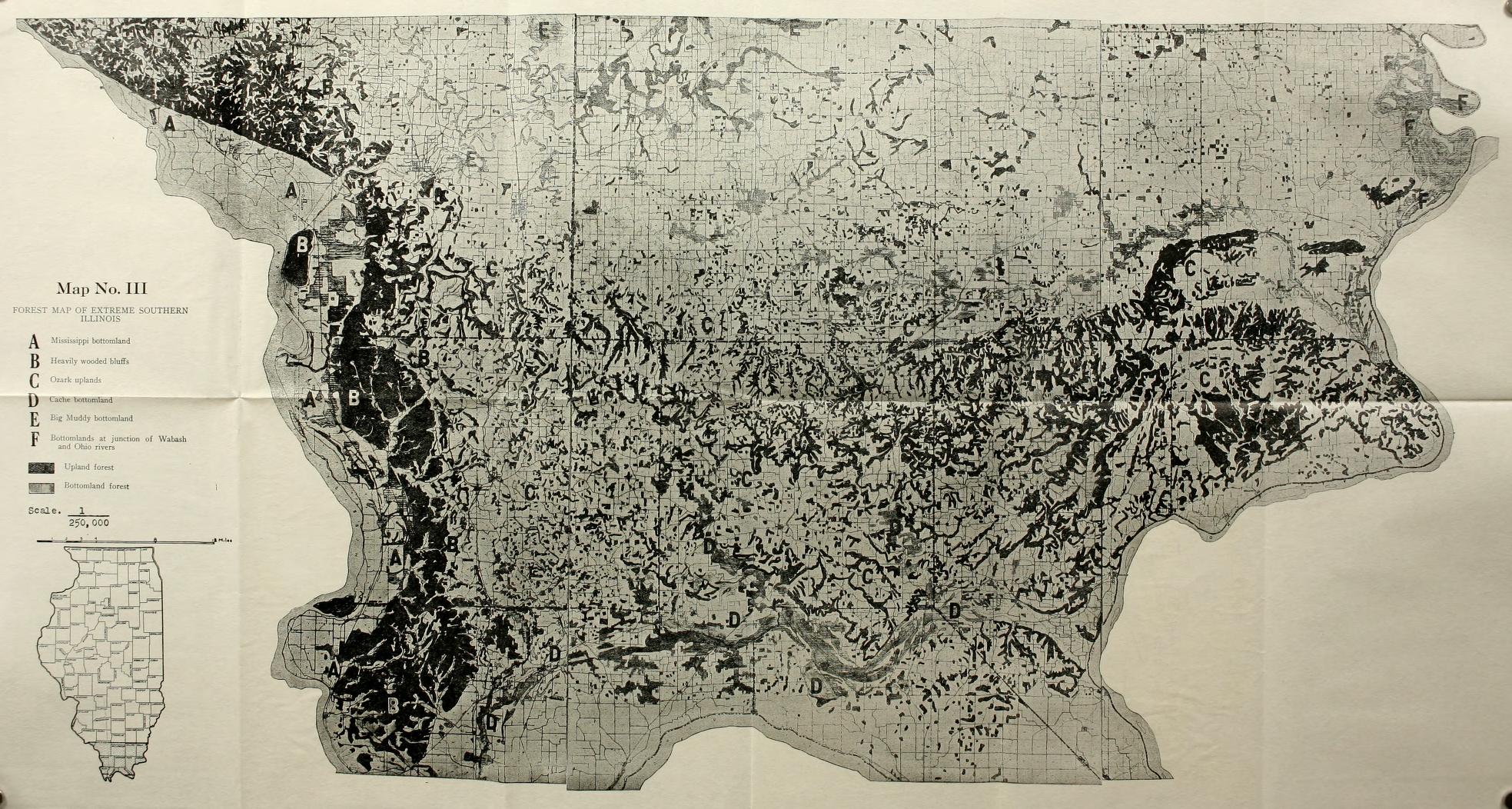