For a broad search, try adding these geographic terms to genre and subject searches in the catalog (e.g., Popular Culture -- South Asia):

However, most resources will be indexed by country. For example, if you're looking for Bollywood films in the library, try a subject search for Feature films -- India.

South Asian films in the library:

The Library collection includes over 500 films from South Asia, mainly in Hindi, Tamil, and Bengali. You'll get the most accurate search results with a subject search for "feature films" plus the country or language you are looking for. You can further filter your results by subject, language, format, and genre using the links along the right side of the page.

Visit the film tab in the South Asian Studies Research Guide for more help finding films in the library and links to web resources.

The books and journals listed below offer a starting point for research on South Asian film.

In his talk show Satyamev Jayate, film star Aamir Khan focuses on social issues in India and encourages viewers to take action to make positive change. You can learn more and watch full episodes on the show's website here. The videos include an option to add English subtitles.

Watch South Asian TV in the US:

Preview: Beyond All Boundaries

This 2013 documentary explores India's passion for cricket through three people's stories in the lead-up to the 2011 World Cup of Cricket. The full film is available to stream on Netflix.

The Library collection includes over 200 Indian popular music recordings, housed in the Residence Hall Libraries and the Music and Performing Arts library.

This companion website to More Than Bollywood includes streaming video and music clips for several chapters. 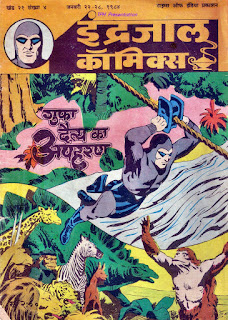 The South Asian comics collection, housed in the Undergraduate Library, has over 1500 circulating titles, many in English. Visit the South Asian Comic Collection LibGuide and the International Comics tab above to learn more.

University of Illinois Professor Rini Bhattacharya Mehta (Comparative and World Literature, Religion, and Gender and Women's Studies) writes and teaches on Bollywood. Check out her book below and register for CWL/MACS 207: Indian Cinema in Context.

Beth Loves Bollywood discusses and reviews Bollywood films. Follow Beth on Twitter @bethlovesbolly and go introduce yourself to her at Spurlock!