To search for information on Korean popular culture, use the following geographic terms in your subject searches (e.g. Popular culture -- Korea):

“Korean Wave” or Hallyu refers to the growing international influence and popularity of Korean culture, especially music and TV, since the mid-1990s. In addition to subject searches, try these terms in keyword searches in the Library catalog and article databases.

In addition to Korean films available to stream on Kanopy, the Library has a collection of contemporary and Golden Age Korean films housed in the Undergraduate Media Center. Learn more at the links below, and be sure to visit the Korean Film Guide for more resources.

The Library has many Korean TV shows available to check out. For more options, the links below provide information about streaming services (free and paid).

K-pop--South Korean popular music--encompasses a huge variety of styles, artists, and genres. Check out Billboard's Top 20 K-pop Songs of 2017 for a sampling (playlist below, and videos and short reviews at the link). Explore the links and books below for more information.

To find materials in the library, try a subject search for "popular music -- Korea" or a keyword search in the catalog or databases for "k-pop."

Comics and graphic novels, or manhwa, from Korea are well-represented in the Library's comics collection, with nearly 200 titles from North Korea and South Korea, about half of them in English. Try a keyword search for "manhwa" in the catalog and article databases, and find comic books with a subject search for "comic books, strips, etc." or "graphic novels" and filter by country and/or language with the links on the right side of the page.

Video gaming in South Korea is more than a hobby--it's a competitive sport, a national pastime, and a public health crisis in the form of video game addiction. The video below explores the dynamics of internet and game addiction in South Korea, following several young people as they go through a treatment program sponsored by the Korean government. A transcript is available at the SBS Dateline site. 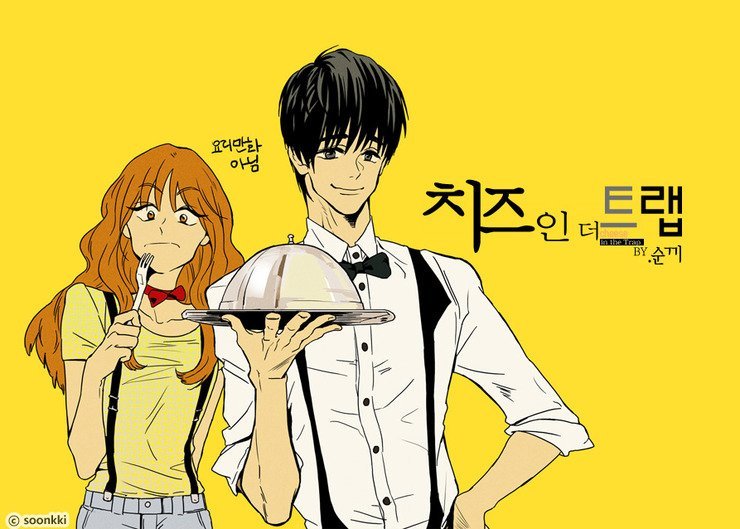 Webcomics (webtoons in Korea, after a popular platform) are just as popular, if not more so, than print comics. Learn more about Korean webtoons and explore some sites in English below. Wikipedia has a comprehensive list of Korean language webtoon services.

Image: Romance webtoon Cheese in the Trap, available to read in English at webtoons.com. (Image source)

Most sites offer a mixture of free and paid content, with mobile and desktop apps available.