A guide to library resources for Medieval and Renaissance Studies

Latin Palaeography: Antiquity and the Middle Ages by Bernhard Bischoff.

First published in 1979, this work, by the greatest living authority on medieval palaeography, offers the most comprehensive and up-to-date account in any language of the history of Latin script. It contains a detailed account of the role of the book in cultural history from antiquity to the Renaissance and outlines the history of book illumination. By setting the development of Latin script in its cultural context, it provides an unrivalled introduction to the nature of medieval Latin culture. 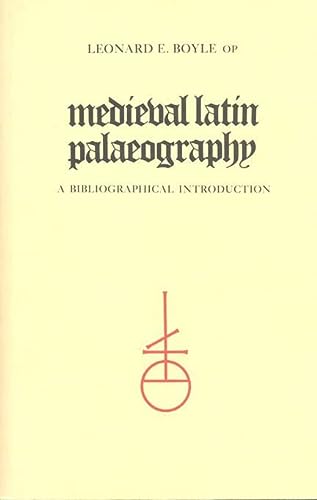 Leonard E. Boyle taught at the Pontifical Institute of Mediaeval Studies, and at the Centre for Medieval Studies at the University of Toronto. He was also the Prefect of the Vatican Library in Rome from 1984 to 1997. The aim of this bibliography is to present students with as wide a survey as possible of all the aspects they must consider, and all the tools they must employ, in order to evaluate the communication in any book, document, or inscription from the Middle Ages on which they would be working.

A Guide to Western Historical Scripts from Antiquity to 1600 by Michelle Brown.

For readers who wish to trace the evolution of scripts in the West from antiquity to the early modern period, and who want to read the work of their scribes, this volume provides a wide-ranging collection of materials supported by 55 full-page illustrations from manuscripts. Brown provides a synopsis of each of the major phases of development, a bibliography at the beginning of each section, and comments on regional and chronological diffusion where appropriate. Each plate is accompanied by a facing page of commentary giving a brief description of the manuscript and its script, followed by a transcription of the text.

An indispensable tool for the work of myriad scholars of the ancient and medieval worlds, Cappelli was first published in 1899. It encompasses some 14,000 abbreviations found in documents and manuscripts, especially from the Middle Ages, and includes a study of epigraphic inscriptions, ancient Roman and Arabic numerals, and symbols used for coinage, measures, and weights. Librarian’s note: the catalog record links to UIUC print copies and to the HathiTrust scan.  Cappelli is also accessible through a Moscow State University digitization (http://www.hist.msu.ru/Departments/Medieval/Cappelli/), which is not searchable, and a searchable database (https://www.adfontes.uzh.ch/) from the University of Zurich.

The Palaeography of Gothic Manuscript Books: From the Twelfth to the Early Sixteenth Century by Albert Derolez.

Presents a detailed survey of all book scripts in use in western and central Europe from c.1100 to c.1530 (with the exception of Humanistic script). This period has been poorly served in almost all other palaeographical handbooks. By adopting a largely new classification of scripts based on objective criteria, which incorporates many of the terms currently in use, this book aims to end the confusion which has hitherto obscured the study of late-medieval handwriting. It is based upon an examination of a very large number of dated specimens, and is thus the first survey to take full advantage of the incomparable palaeographical resource provided by the catalogues of dated manuscripts.

DigiPal is a new resource for the study of medieval handwriting, particularly that produced in England during the years 1000–1100, the time of Æthelred, Cnut and William the Conqueror. It is designed to allow you to see samples of handwriting from the period and to compare them with each other quickly and easily.