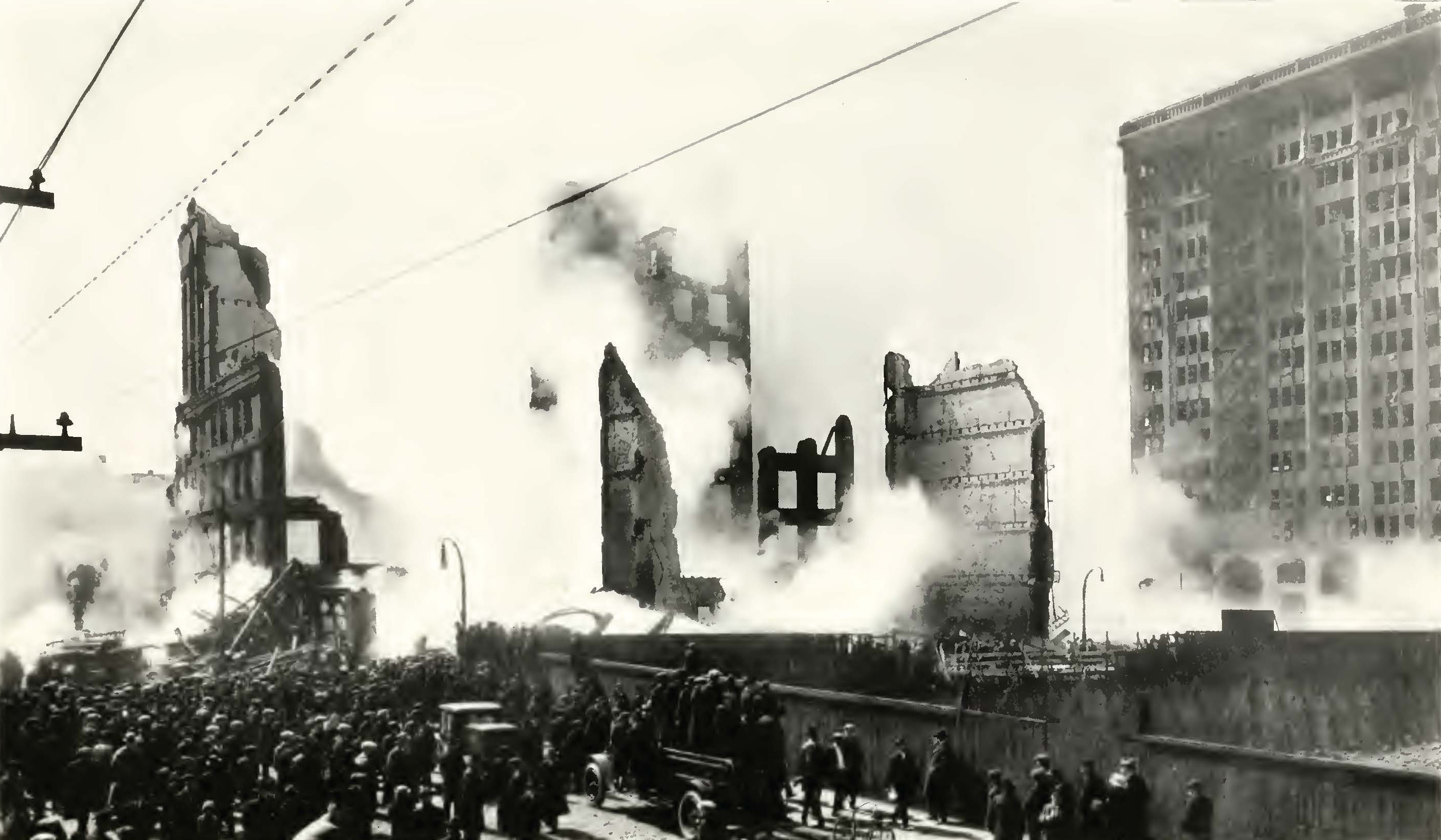 Photo from the Chicago Board of Underwriters.

At approximately 12:50 AM on Wednesday, March 15, 1922, the Chicago Fire Department received an alarm from Box 276, which was located at West Van Buren and South Canal Streets. The fire had been reported by a postal clerk who noticed flames starting to burn through the roof of the building at 517 West Jackson Boulevard. Likely based upon this information, the Chicago Fire Department immediately reinforced the initial responding firefighters by dispatching an additional three engine companies, a hook and ladder, two Fire Insurance Patrol units, two Battalion Chiefs, and one First Assistant Fire Marshal to the scene. The First Assistant Fire Marshal noted that by the time that the initial units arrived, the fire had already started spreading to adjacent buildings, suggesting that the fire had burned unnoticed for a considerable amount of time before the fire department responded.

Throughout the early morning of March 15, the fire continued to spread to adjacent buildings. In all, 13 buildings would be involved in the fire, the tallest of which was the 15-story office building owned by the Chicago, Burlington, and Quincy Railroad Company. Firefighters attempted to get water to the upper floors of the Burlington office building, but were hampered by the fact that the department did not have a high-pressure water system that could deliver water to upper floors of taller buildings. Firefighters were greatly assisted by the valiant efforts of elevator operators in the building who risked their lives to move men and equipment to the upper floors during the fire.

By approximately 2:30 AM, the fire was largely under control, but units continued to be called out to the scene until close to 5:00 AM. Chicago Chief Fire Marshal Thomas O’Connor stated in the midst of the fire that it was the worst in Chicago’s history since the Great Fire of 1871. The report of the Chicago Board of Underwriters on the fire noted many factors that contributed to the size of the conflagration, including floors that were oil-soaked and filled with combustible materials, narrow spaces between buildings that allowed the fire to easily spread, and sprinkler systems with too many sprinkler heads that discharged the inadequate water supply too quickly.