This LibGuides serves as an overview of Ibadi Islam and provides resources and information for further academic research and study in this field.

Background on the Romanization of Arabic

There are different approaches to romanizing the Arabic script.  However, due to the nature of written and spoken Arabic, there are numerous problems when transliterating Arabic into English and other European languages.  Common problems include:

Click here for more information on the Romanization of Arabic and the specific methods and problems.

Transliteration guide from Arabic script to the Roman script taken from the Library of Congress. 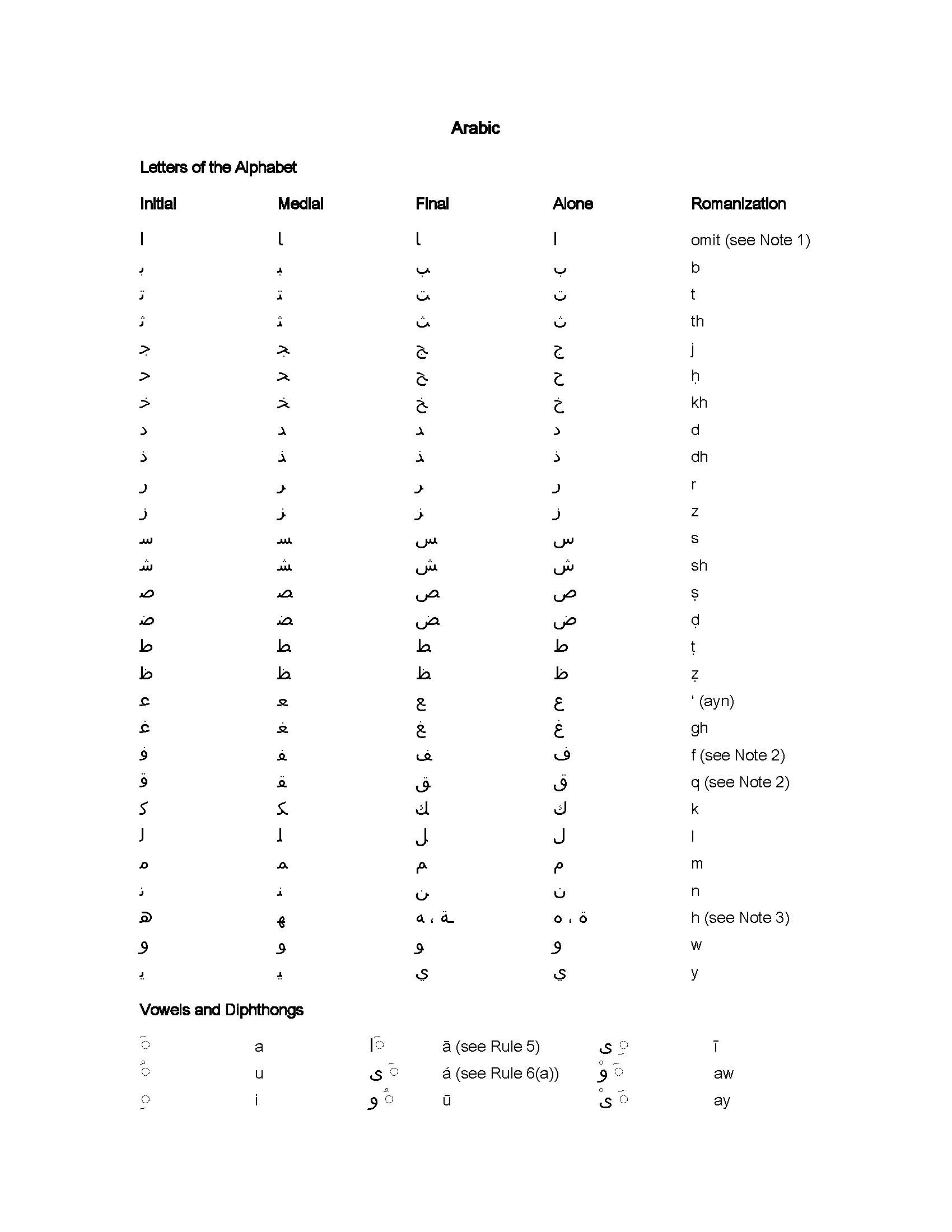 More information on Arabic to Roman script transliteration can be found at the Library of Congress website.