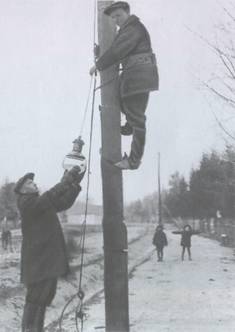 The universe of electronic resources is always growing and changing. Various databases, catalogs, and full-text archives often merge into each other, change interfaces, and add new content, features, and retrospective depth. This guide covers a certain class of basic resources for Slavic, East European and Eurasian Studies . The 13 electronic resources described here vary widely in subject matter, extent and type of coverage, and format, but all are important for research in various branches of the field, and are heavily used by Slavic Reference Service staff and patrons. They have the following features in common:

To reiterate points 4 and 5, researchers should not labor under the illusion that it is possible to conduct a comprehensive review of the literature on their topic in both English and Slavic/East European/Eurasian languages using these databases. This is easily demonstrated by comparing the contents of MLA (the Modern Language Association International Bibliography) with those of Literatura română : ghid bibliografic (Bucureşti, 1979-1983; UIUC Romanian Reference call number 016.858 L712 v.1-2:2), or the contents of Historical Abstracts with those of Bibliografie dějin Českých zemí za rok ... (Praha, 1979-2002; UIUC Czech Reference call number Q.016.94371 B4711a 1971-1997), or any number of other comparisons.

INION's bibliographies, on the other hand, can be considered to approximate comprehensiveness for Russian publications, but not for English or other Western European languages. The usefulness of these 13 databases, rather, is how they allow researchers to review a topic quite thoroughly in one language (usually English) while also finding some materials in the languages of the region being studied (Russian, etc.). This can be very useful during the beginning stages of a research project, but is not a substitute for a comprehensive literature review in the language(s) of the countries being studied.