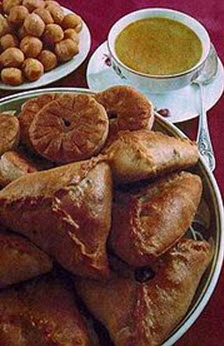 Tatars are known in Russia for their masterful desserts. Here is a recipe for a Kosh Tili, Tatar cookies.

Gotovim.RU is a Russian website with a generous portion dedicated to Tatar cuisine.

For traditional Tatar wedding dishes, check out this site. 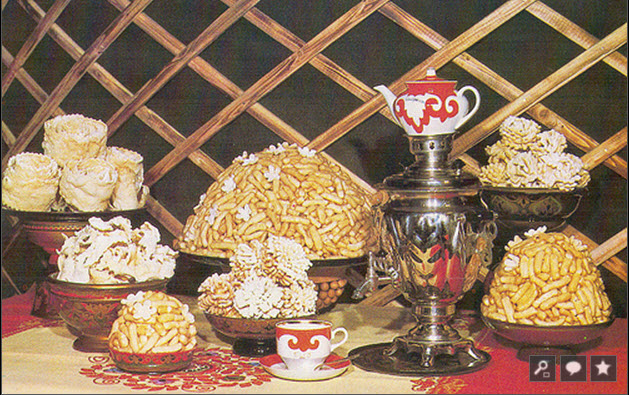 Tatar cuisine was greatly influenced by various surrounding peoples - Russian, Mari, Udmurts, etc., and also peoples of Central Asia, especially Uzbeks, Tajiks. Dishes, such as plov (pılaw), halvah (xälwä), and sherbet (şirbät) entered long ago into the Tatar culture. Tatars became familiar with many elements of Russian cuisine very early in their history. However, culinary influences and greater variety of products have not changed the basic ethnic features of Tatar cuisine but have instead made it more diverse. Geography and nature were also instrumental in the creation of Tatar cuisine. Being situated on the border of two geographical zones - forests North and the steppe South, and also in the basin of two large rivers - the Volga and Kama, promoted an exchange of natural products between these two native zones, and a rapid development of trade. All this has considerably enriched the national cuisine.