In UCLA's Near Eastern Studies introductory page to "Tatar " (as submitted by Agnes Kefeli), Tatar history and the diversity of the Tatar language is discussed.  Here is a a short  segment on Tatar dialects:

There are three major dialects in the Tatar language: the Central, Western, and Eastern.  The Central dialect is mainly found in the Tatar republic.  The Astrakhan, Kasimov, and most Kriashen dialects derive from this group.  The Western dialect is also called the Mishar dialect.  The Mishars are believed to be descendants of Qypchaks from the Golden Horde who settled down west of the Volga river.  They can be found in Tatarstan, Chuvashiia, and Mordoviia.  Finally, the Baraba, Tomsk, and Omsk Tatars of Siberia use the Eastern dialect. The Central dialect serves as the standard literary language and pronunciation in Tatarstan.

Scroll to the bottom of the page to view the list of links for Tatar language and culture compiled by AATT.

The geography of the Tatar language

Map showing the spread of Tatar language speakers across the globe.

Due to the twists and turns of Tatar history, their language and culture can be found across the Eurasian Steppe. The Tatar language is encountered in Russia, Ukraine, Poland, Moldova, Lithuania, Belarus, Bulgaria, China, Kazakhstan, Romania, Turkey, and Uzbekistan.  To learn more about this Turkic language, check out Ethnologue here.

State Symbols: The Republic of Tatarstan

Rectangle cloth with horizontal strips of green, white and red colors. The white strip makes 1/15 width a flag and is located between equal in width the strips of green and red colors. A green strip is above. The relation of width of a flag to its length - 1:2.  Colors of the national Flag of the Republic of Tatarstan mean: green - greens of spring, revival; white - color of purity; red - maturity, energy, force, life 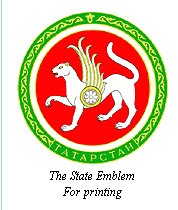 On left to the side of the leopard there is the round shield, meaning legal, economic, power security of citizens of the Republic of Tatarstan.

In colour depiction of the State Emblem of the Republic of Tatarstan the sun is red, the leopard, his wings and the socket on a board are white, the frame is green, the shield, the ornament on the frame and the inscription "Tatarstan" are golden.

The flower of aster with even quantity of petals symbolizes an eternal source of life, longevity, a wish of longevity.

The raised right forepaw of the leopard is the traditional heraldic gesture underlining greatness of the Supreme authority. It means also started movement "step of the right leg", good beginning of Tatarstan's movement on the way of revival.

Sharp teeth and claws of the leopard mean his ability to stand for himself and for those whom he patronizes and protects.

The popular Tatar vegetative ornament and flower of a tulip personify awakening of a spring nature and symbolizes revival of Tatarstan.

The State Emblem of the Republic of Tatarstan asserts, such universal and moral values as good, justice, well-being of citizens, friendship between peoples, peace and progress.

Note: emblem description from the official website of the Republic of Tatarsan. 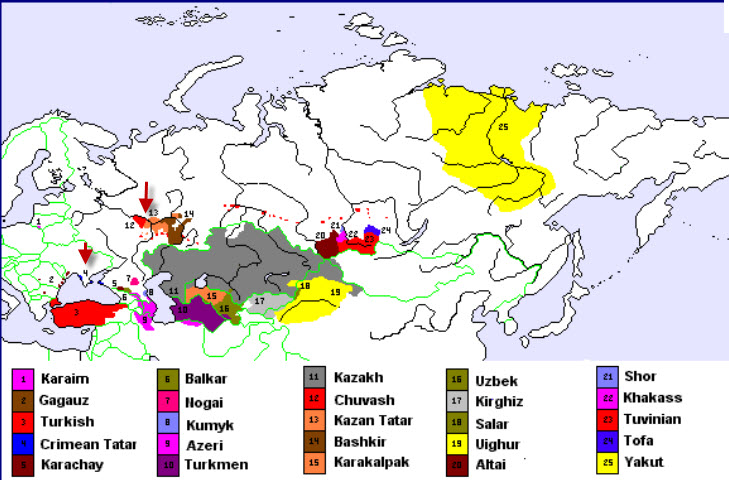 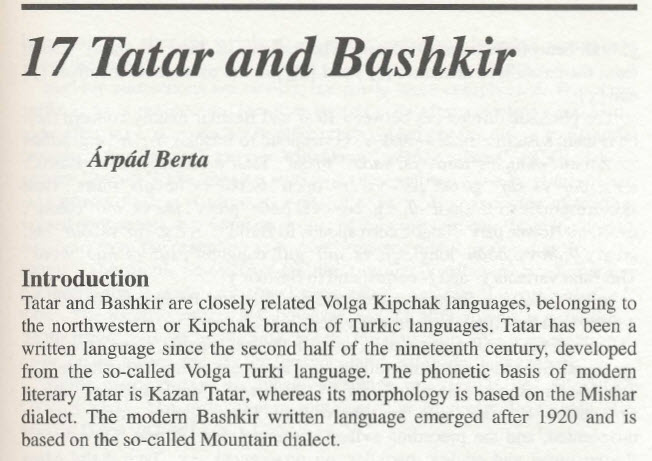