Below are links to related subject searches in the UIUC Library Catalog. Some results are physical items in MPAL and are only available by request.

This month's exhibit focuses on the art of mime.  Mime (as a theatrical form) began in ancient Greece, most notably at the Theater of Dionysus in Athens.  Audiences in the thousands came to see a hypothesis (the most elaborate form of mime, which entailed several performers acting out dramatic scenes).  The Romans also enjoyed this form of entertainment and kept it alive after conquering Greece.

Modern mime (as it is generally perceived in the United States) was developed and mastered by Marcel Marceau shortly after World War II.  His techniques were inspired by silent film stars such as Charlie Chaplin and Buster Keaton.

There are two main styles of mime: literal (which is used for comedic and storytelling) and abstract (which is used to express emotion in response to a serious issue--a story or plot is generally not involved).

This exhibit, like modern mime, is a combination of miming styles and techniques.  There are resources on traditional mime from its roots in ancient Greece, the work of early 1800s French mime Jacques Copeau and performances of modern mime artists, such as Mummenschanz and Shields and Yarnell.

The Art of Mime 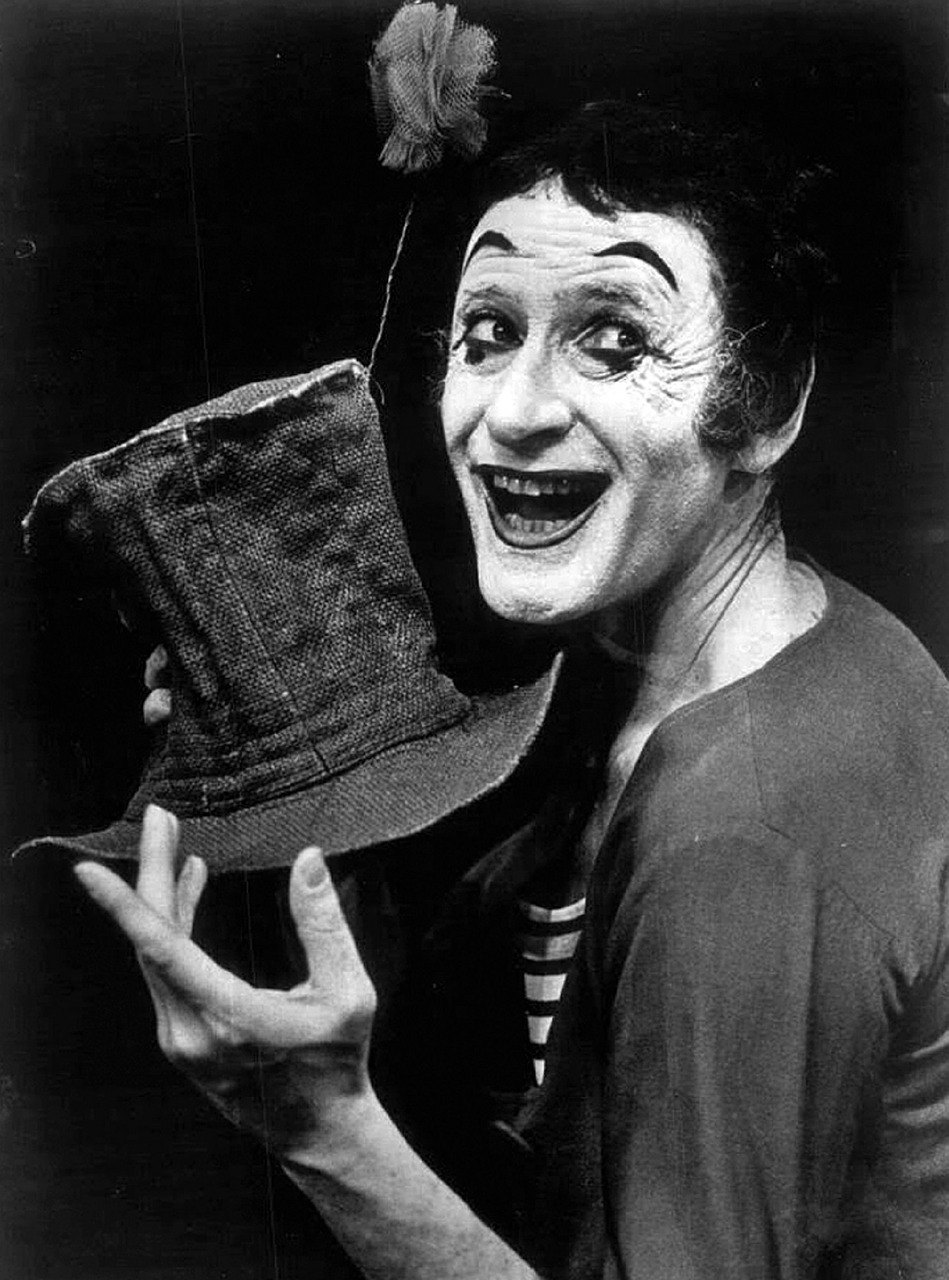