This guide aims to provide organized access to the main research resources on Latin American and Caribbean Feminist and Gender Studies that are available to students, staff, faculty, and visiting scholars at the University of Illinois Library. 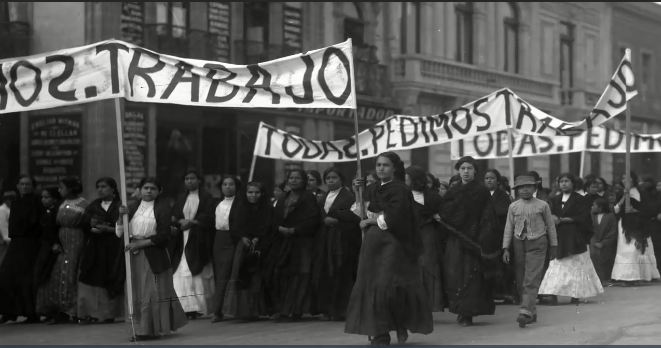 "The Suffragettes​" (2012) is a documentary made by Ana Cruz explaining the political struggles of women in Mexican history.

There are thousands of books, archives, audio-visual material, and other items available at the University of Illinois libraries addressing topics about feminism and gender in Latin America & the Caribbean. We recommend searching the keywords "women - Latin America", "feminism - Latin America", "women - Caribbean", "Caribbean feminism", "mujeres - latinoamérica", "feminismo - latinoamérica", "mujeres - Caribe", and "feminism - Caribe", as well as trying "gender" instead of "feminism" or "women". This section presents just a fraction of what is available in English, Spanish, Portuguese, and French. Please, do not hesitate to contact Dr. Antonio Sotomayor for more information and assistance.