The Bagrationi Royal Dynasty of Georgia 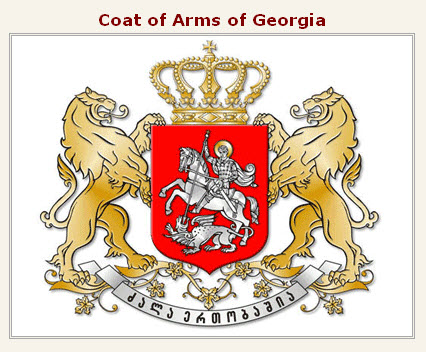 It has two lions rampant as supporters. They held a shield with St George, Georgia's patron saint, slaying the dragon. The shield is surmounted with the royal crown of Georgia.

The Biographical Dictionary of Georgia covers biographies of people who belong to history of Georgia, who are linked with Georgia, lived in or beyond it. Supported by the National Parliamentary Library of Georgia, this database provides short biographies with bibliographies for over 13,000 prominent Georgian cultural and historical figures. 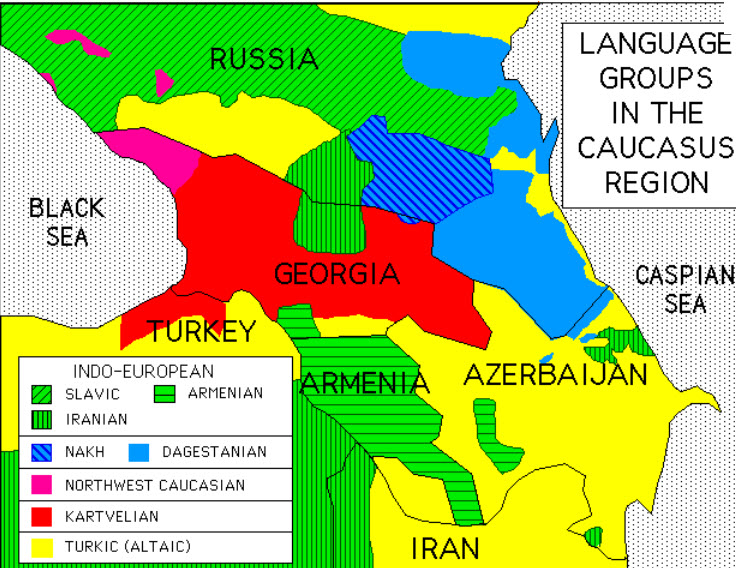 For fifteen centuries, Georgian has been the only written language within the South Caucasian family. The most ancient inscriptions of the language date back to the fifth century AD. Its rich literary tradition has remained uninterrupted from then to the present. It is also the liturgical language for all members of the Georgian Orthodox church. The conventional view dates the start of modern Georgian to about 1700.

The first printing press was established in Tbilisi. The 1860s saw a revitalization of the literary language led by three important writers: Prince Ilia Chavchavadze, Akaki Tsereteli, and Vazha Pshavela. Archaic literary standards were replaced by a more vivid and realistic style.

Language Variation
Georgian is made up of a number of dialects that fall into two major groups: Western and Eastern. Among the Western dialects are what some scholars call mountain dialects. The standard language is based on the Eastern dialects of Kartlian and Kaxetian (Vogt 1971). At least one scholar (Hewitt 1985) claims that standard Georgian is based only on the prestige Kartlian dialect of the capital city Tbilisi.

The variation between the Georgian dialects is reflected at all levels of the language. Some of the dialects are isolated geographically--existing as enclaves in the mountains, for example, Xevsurian, or cut off from other Georgian dialects by other languages (Harris 1984). This explains why the so-called mountain dialects are considered linguistically conservative (Vogt 1971). These dialects, in some cases, retain features of Old Georgian that have been lost in standard Georgian.

Orthography
Until 1989, Georgian was the only written language among the South Caucasian languages. A unique Georgian alphabet was devised following the country's conversion to Christianity in 337. The script does not differentiate between upper- and lower-case forms and consists of thirty-eight characters.

Linguistic Sketch
Georgian is an inflected language. The language distinguishes eight nominal cases (nominative, ergative, accusative/dative, genitive, instrumental, adverbial, ablative, and locative) in one declension, and marks singular and plural by a suffix on nouns preceding the case marker. There is no grammatical gender. Pronouns are declined and display number and case for subject, direct object, indirect object, and possessive forms. Verbs can show agreement with the subject, object, and indirect object. The verbal system is very complex; the language makes two distinctions, between stative or action verbs and transitive or intransitive verbs. Tense/aspect divides into three series (present-future, aorist, and perfect), and the form of subject, object, and indirect object agreement marked on the verb varies by series.

Georgian has five vowels and a consonant inventory of twenty-nine phonemes, including ejectives. (Ejectives are sounds made with the air pushed out by the vocal cords instead of the lungs.) Consonants can occur in clusters of up to six sounds, for example in the word mcvrtneli 'trainer'.

Also see this brief overview of the Georgian Language.