A detailed Chronology of Russia from the Bucknell University website lists the 4 major periods in Russian history, and providing in-depth timelines for each period: the Kievan and Appanage Periods from 860-1698, the Imperial Period from 1698-1917, the Soviet Period from 1917-1991, and the Post-Soviet Period from 1991-present day

Hrono.ru offers a chronology in Russian.  This chronology is very detailed and can be viewed by century, by clicking on any of the century or decade links seen at the top of the page:

Timeline for the Russian exploration of Siberia, text in both English and Russian, starts with the establishment of a trading center in Novgorod in 1286, for the export of furs to the Ural Mountains to Ivan IV's conquering of the Kazan in 1552, the founding of Iakutsk in 1632,and the Great Northern Expedition (1737-1743) of the North Pacific leading to the sighting of Alaskan mainland in 1741. 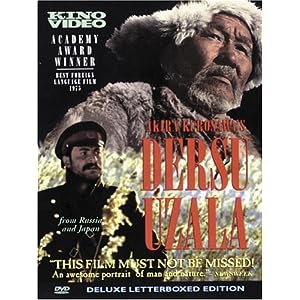 If you are interested in the exploration of Siberia, there is also a book based on the Czarist explorer Владимир Клавдиевич Арсеньев  (Vladimir Klavdievich Arseniev), who went on several Siberian scientific expeditions between 1902 and 1930 and reported on geographical, geological, and ethnographic data, in journals which have been likened to those of Lewis and Clark, combining observations with personal narratives.  Arseniev describes three expeditions of the Taiga in eastern Siberia between 1902 and 1907 during which he encounters the trapper Dersu Uzala.  The character Dersu in the book, however, combines some myths and legends of acts of heroism by the local inhabitants.  In 1975, Japanese director Akira Kurosawa came out with a movie rendition of the book, which has become a classic film of the Soviet era.

A briefer, yet well detailed chronology of key events is provided on the BBC News website, starting from the 1237 invasion of Russia by the Mongolsand continuing to present day events.

Some key events from the timeline:

1237-40 - Mongols invade Russia, destroying all of its main cities except Novgorod and Pskov; Tatars establish the empire of the Golden Horde in southern Russia.

1552-56 - Ivan the Terrible conquers the Tatar khanates of Kazan and Astrakhan and establishes Russian rule over lower and middle Volga.

1689-1725 - Peter the Great introduces far-reaching reforms, including creating a regular conscript army and navy, subordinating the church to himself and creating new government structures.

1798-1814 - Russia intervenes in the Revolutionary and Napoleonic wars in France, defeating Napoleon's invasion in 1812 and participating in his overthrow.

1834-59 - Caucasian war in which Russian forces face determined resistance to their bid to annex North Caucasus.

1897 - Social Democratic Party founded and in 1903 splits into Bolshevik and Menshevik factions.

1904-05 - Russian expansion in Manchuria leads to war with Japan - and the 1905 revolution, which forced Tsar Nicholas II to grant a constitution and establish a parliament, or Duma.

1914 - Russian-Austrian rivalry in Balkans contributes to outbreak of World War I, in which Russia fought alongside Britain and France.

1918 - Treaty of Brest-Litovsk brings war with Germany to an end, but at the cost of Russia ceding large tracts of territory; Tsar Nicholas killed; Baltic states, Finland and Poland cede as the Russian Empire collapses.

1918-22 - Civil war between the Red Army and White Russians, or anti-communists, who were aided by Britain, France and the US.

From Soviet rule to Yeltsin era

1922-91 - Russia part of the Union of Soviet Socialist Republics.

1991 - Russia becomes "independent" as the Soviet Union collapses and, together with Ukraine and Belarus, forms the Commonwealth of Independent States, which is eventually joined by all former Soviet republics except the Baltic states.

1992 - Russia takes up the seat of the former Soviet Union on the United Nations Security Council.

1993 October - Yeltsin orders the army to attack parliament, which is recaptured following a bloody battle.

Communists and ultra-nationalists make large gains in elections to the new legislature, the State Duma, which replaces the former parliament, the Supreme Soviet.

1994 - Duma pardons participants in anti-Gorbachev coup of August 1991 and parliamentary rebellion of 1993.

1995 - Communist Party wins largest share of vote in parliamentary elections, giving it more than one-third of seats in Duma.

1999 Yeltsin resigns and is replaced by Putin as acting president.

2000 December - Soviet anthem reintroduced to replace the one brought in by Yeltsin. New words are written for it by poet Sergey Mikhalkov who penned the Soviet version as well.

2002 January - Russia's last independent national TV station, TV-6, is forced by the authorities to stop broadcasting, sparking fresh concerns about free speech. It is later awarded a new licence after journalists team up with Kremlin-backed managers and goes back on air in June with the new name TVS.

2002 May: Russia and the USA announce a new agreement on strategic nuclear weapons reduction. The two sides are to cut their nuclear arsenals from over 6,000 missiles apiece to about 2,000 each in the next 10 years.

2008 May - Dmitry Medvedev takes over as president from Vladimir Putin, who becomes prime minister.