The website wwiTV.com allows you to watch live streaming television channels from all over the world.  Listed under Russian TV, are 47 channels airing programs in the Russian Federation today, including channels covering music, sports, news, and children's programming.

TvKultura is a portal for classic works on television with includes links to performances of many plays and movies.

The Golden Mask is a National Theater Award as well as a Performing Arts Festival which takes place in Moscow. The festival consists of all-Russian performances including large scale and small scale dramas, puppetry, opera, ballet, contemporary dance, and musicals. The website has an archive of the performances from each year.

The Bolshoi Theatre is an international symbol of Russian classical culture, and producer of world class ballet and opera performances. The Bolshoi opened its doors in 1825, and underwent renovations at the beginning of this century. The Theatre offers opera, ballet, concert, chamber concerts, and guest companies.

You can learn more about the different goals of their mission from the Theatre Mission page.

For hundreds of articles in Russian about Russian theater, check out Kulture.RU.

The circus has long been a staple of the entertainment world in Russia.  As far back as the reign of Nicholas I, the circus had already become popular and the first circus school was established in 1847. Today the circus can be found in every major city and frequently with a permanent theater.  Detailed information on the history of the circus in Russia is available at Circopedia.

Moscow's Old Nikulkin Circus - otherwise known as the Old Circus on Tsvetnoy Boulevard - is named after Yuri Nikulkin (Юрий Владимирович Никулин), who was the star performer of the circus' clowns from the mid 1940's through the 1960's, and later became the Chief Producer of the circus as well as being a famous Soviet-era film comedian.  Traditionally the Nikulkin is home to the Moscow State Circus, and the original stone building was founded on Tsvetnoi Bulvar in 1880, but was completely rebuilt in the 1980's, giving the building a more plush interior.  The Nikulkin Circus shows tend to follow a narrative thread, which could be compared to the Cirque du Soleil.

The Nikulin Circus is one of the oldest in Russia, and the traditional home of the world-famous Moscow State Circus. The original stone building was founded on Tsvetnoi Bulvar in 1880 by the rider and gymnast Albert Salamonsky. Initially, the circus was most famous for its trick riding acts, but an increasingly wide variety of performers joined the repertoire, and later the stars of the show became the clowns. In 1946, the Clown Studio was established,

Moscow's other famous circus, the Bolshoi Circus on Vernadskogo Boulevard, or Большой Московский цирк на (проспекте) Вернадского, was built under Soviet rule and opened in the spring of 1971 outside of the city center.  It was especially prestigious under Soviet rule, but has since lost some of its audience to the Old Nikulkin Circus. You can read more about the Bolshoi on its Circopedia article. 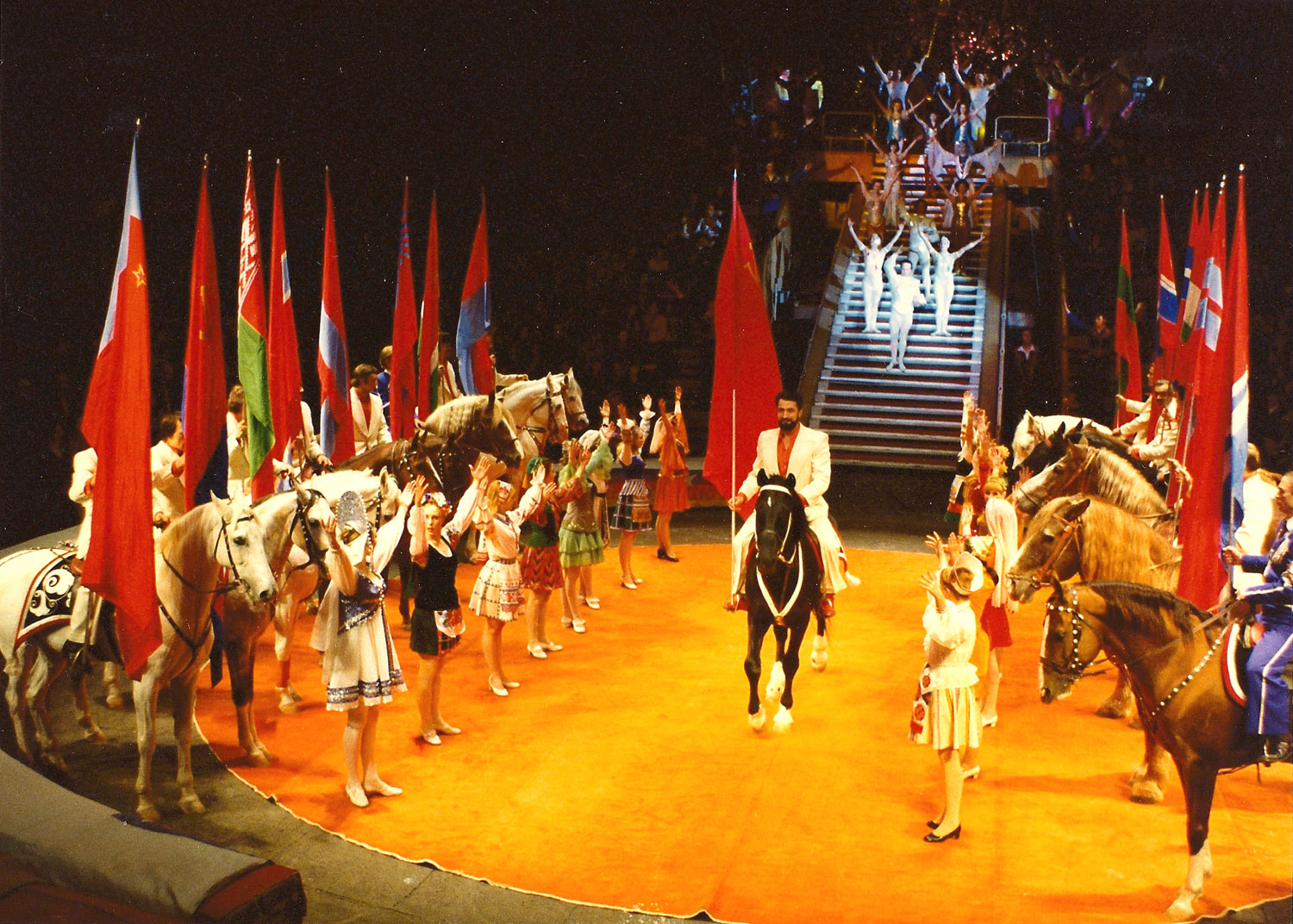