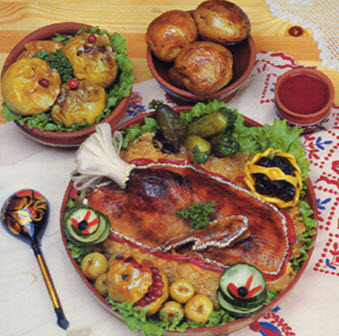 You will find a wide variety of recipes on this site offering dishes to broaden your culinary skills.

If you want to practice your Russian language skills while cooking, here is a smorgasbord of traditional recipes in Russian. 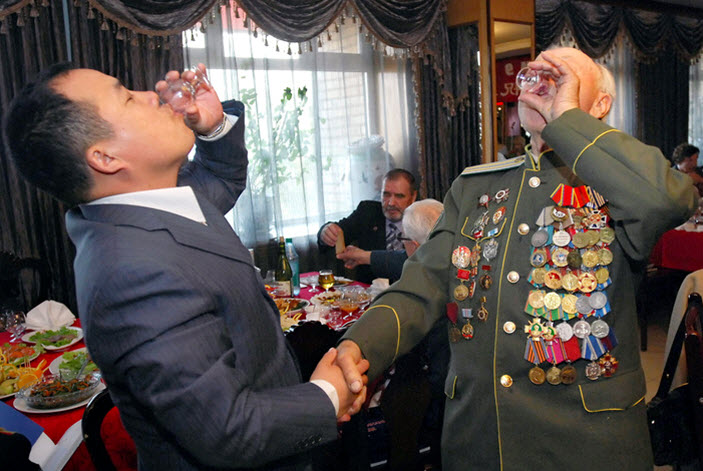 Whether you want to make friends in Russia or conduct business there, you had better master the art of drinking etiquette. This will involve, among others, the mastery of proposing a toast. Russians excel in it and knowing when and what to say before the glasses are raised will go a long way to integrating yourself into the culture. This article may shed some more life on this complex subject.

Not by vodka alone

After vodka, beer is the second most popular alcoholic drink in Russia. Traditionally, similar to the cultures of the Spanish-speaking world, the Russians do not categorize beer by the fermentation process, but rather by color, with Light being closest to what we would consider a Lager, while Semi-Dark and Dark would come close to our category of Ales.  However, for marketing purposes, one sees the Germanic nomenclature appearing on labels, as evidenced by the picture above.  The undisputed leader among Russian beers is Baltika, but there is a great variety of regional beers produced, with the recent addition of microbreweries producing specialty beers. 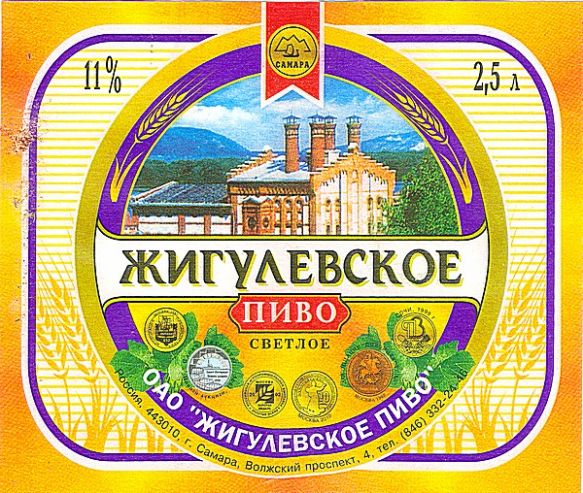 During the times of the conspicuous spending of the tsarist courts, French wines, many of the bubbly variety, were imported en masse into Russia.  One must here give credit to prince Lev Sergeevich Golitsyn (1845-1915), who was able to produce a fine sparkling wine on his estate in Crimea and successfully competed with Chamagne on international competitions.   His vinyeards later produced widely consumed “Soviet Champagne”, a must for the New Year’s Toast during the days of the USSR.  In the Soviet days the majority of wines consumed in Russia came from those socialist republics which had the climate and the tradition of winemaking: Armenia, Georgia, Moldova and Azerbaijan.  To this day, wines from these now independent countries are popular in Russia.  Most of the wine production in Russia today comes from the Stavropol and Krasnodar regions.  Even those southern regions suffer from winter frosts, forcing winegrowers to cover the vines during the cold snaps. Over 100 varieties of grapes are produced on picturesque vineyards like the one pictured above, with some old European familiar names like the Austrian Traminer, or French Cabernet, to Georgian Rkatsiteli and Moldovan Plavai.

Ukha = Уха -- a traditional fish soup.From simple and hearty traditional dishes like the Ukha pictured above, to the dainty creations made with Beluga caviar (below), the Russian cuisine has to offer a world of culinary delights. 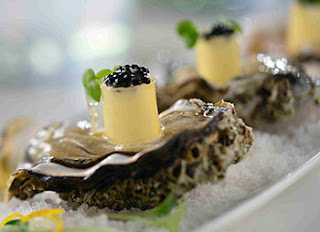 image from belugacaviarrecipes
Russian cuisine owes its variety of flavors to the multi-cultural giant of the Russian Empire.  The peasant food of the vast serf population laid the foundation with a variety of hearty dishes made with grains such as rye, wheat, barley and millet, leading to a smorgasbord of pancakes, cereals and breads.  Soups and stews were based on the seasonal or storable produce, fish, and meats. Also the fruits of the forest—mushrooms, berries and honey livened up the palate.

Russia’s territorial expansion combined with growing openness to other countries brought in a plethora of new, refined foods and cooking techniques from abroad.   This marriage of tastes, put in motion by the growing appetites of urban aristocracy and landed gentry, led to the great variety that characterizes the Russian cuisine today.   The influence of the western chefs imported to ply their trade for Russia’s elite resulted in the dishes familiar to us today, such as Beef Strogonoff or Veal Orloff.   But do not stick to these dishes popularized by the West.  Whenever you have a chance, sample the variety of Russian soups, which come in two varieties: cold (such as tiuria, botvinia, okroshka) and hot (like shchi, rassolnik, borsht, solianka) and many others.  Then there is a whole world of main dishes, where you can detect the Eastern influence in the shashlyk, enjoy the variety of dumplings (pel’meni), stuffed pies (pirozhki), pancakes (bliny) … we’re just touching the iceberg of Russian. Explore and enjoy – there is a lot more to Russian cooking than the cultural stereotypes would have us believe.

Here is a video detailing how to make solyanka, a Russian sour soup. Taken from twitter.com/Russia: 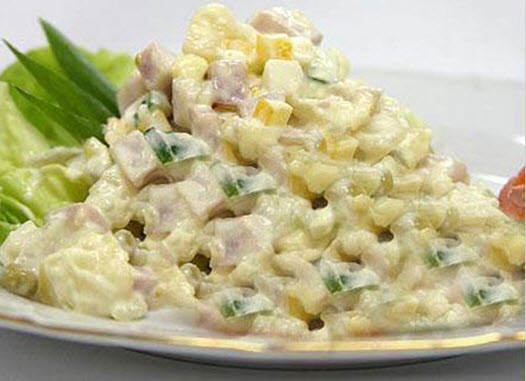 When one thinks of Russian cuisine, salads do not always come to mind.  And yet, there are a myriad of them, Russians prepare them with great pride and care, and they are indeed a highlight of their cuisine.  You will not find as much of lettuce in a Russian salad (the growing season may have something to do with it).   On the other hand, you will find lots of tubers and root crops such as beets, carrots, radishes, onions, turnips, and of course potatoes. Russians also like to add a variety of fruit to the salads, such as grapes, raisins, apples, etc.  Some of the best salads are made with the addition smoked or marinated fish.   Since in many cases the salad sauce is on the heavy side (mayonnaise), the salad with a slice of good Russian bread is a satisfying meal in itself.  Not to mention that it goes great with little vodka on the side.  You can find some recipes here . 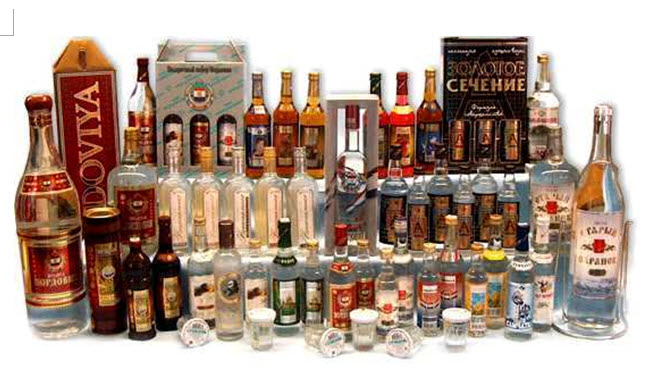 Most Americans when asked about a Russian vodka will immediately think of the ubiquitous Stoli (Stolichnaia).  However, there is a vast world of Russian vodkas, not all of which are widely distributed here.  Besides the old standbys like Moskovskaia, Pshenichnaia, Russkaia, there are literally scores of new brands popping up on the market, fighting for the attention of customers.  One of the advertising tools is the use of catchy names, which give rise to such vodkas as Putinka (named after Vladimir Vladimirovich Putin himself). There are also several flavored vodkas, which derive their aroma from honey, pepper, nettle, birch buds, caraway and various herbs.  The list of most popular vodkas seems to change almost yearly, with so many brands entering the market all the time. (It is estimated that at any one time 3000 brands are available for purchase).