Many of the major libraries in the Czech Republic have contributed to the nation's digital library project: Digitalni knihovna. Users can navigate between libraries in a single interface to view both free and copyrighted works of various genres. The Digital Library Web Design provides a simple and understandable way to work with digital documents. The Digital Library is operated by the Moravian Library in Brno which appears as the default library.

Additional digital libraries which contain works of popular literature and periodicals are included below. 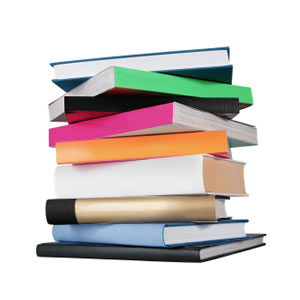 In addtion to the Czech Literary Center, another way to stay current on Czech literature is to read the Culture sections in the Czech newspapers from the above section.  Here are quick links to each newspaper's online section on books:

Literární.cz offers an array of information on Czech and world literature.  There are a variety of formats available on this site, including articles, videos, and podcasts.

Finally, Brown University has compiled an anthology of Czech texts that are freely available to the public on its website Brown University On-Line Czech Literary Anthology. It currently has 22 texts. The website includes full text of the literary works and accompanying audio. 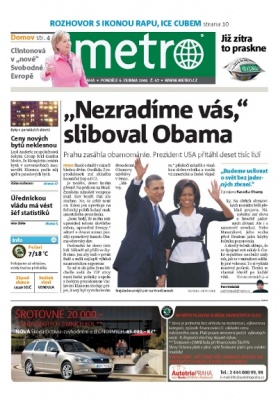 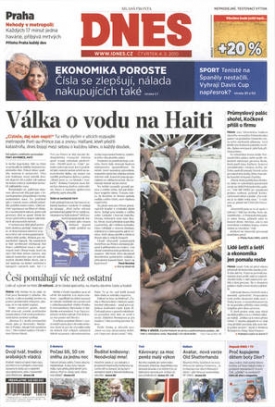 With the explosion of digital media, you can access many Czech newspapers online for free.  There are a wide variety of national and local newspapers, as well as news available in both Czech and English.  The three newspapers shown above are popular newspapers distributed in the Czech Republic.  Here is a brief description of each newspaper, from left to right:

If you are interested in looking at different Czech newspapers, you can try the website OnlineNewspapers.com.  This link will take you directly to their list of newspapers in the Czech Republic.