This is a list of links to the catalogs of the National Libraries of the region.

National Library Catalogs of the Region

The library catalogs of the region are extremely varied.  Most offer the search indexes that scholars have come to expect.  All are multi-disciplinary by definition and tend to be highly inter-regional at least historically.  Each will have its own particular character.  Many will offer searches of articles, monographs and dissertations along with all sorts of media searches.

The Albanian National Library has an excellent catalog of periodical literature online in addition to its catalog of books and scanned card catalog of older material. 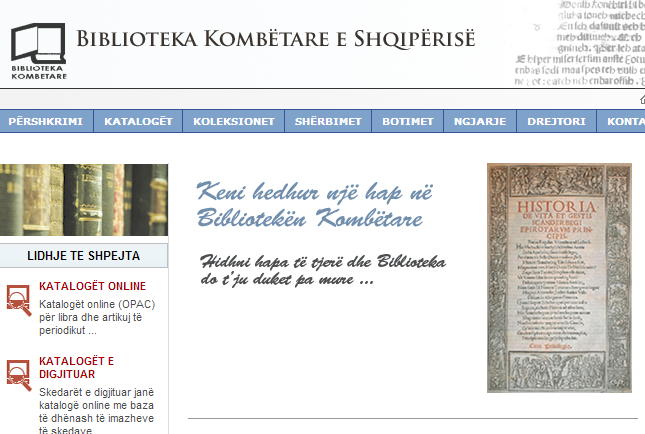 The Bulgarian National Library used to have separate interfaces for the various databases it offers.  Patrons can browse the library's traditional catalogs here, although card catalogs have not, as of March 2014, yet been digitized. Now there is an integrated interface for the complete holdings of the library together with other participating Bulgarian institutions through Cobiss. 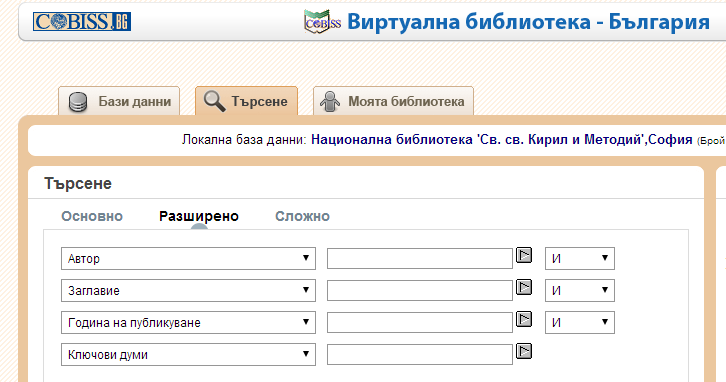 The Croatian National Library catalog uses a different system for its catalog. Despite being invited to participate in the Cobiss regional project, Croatia has so far opted out. It's National Library website has many very useful sources and offer numerous venues for digital research in particular, which are covered in more detail under the "Digital Libraries" tab. 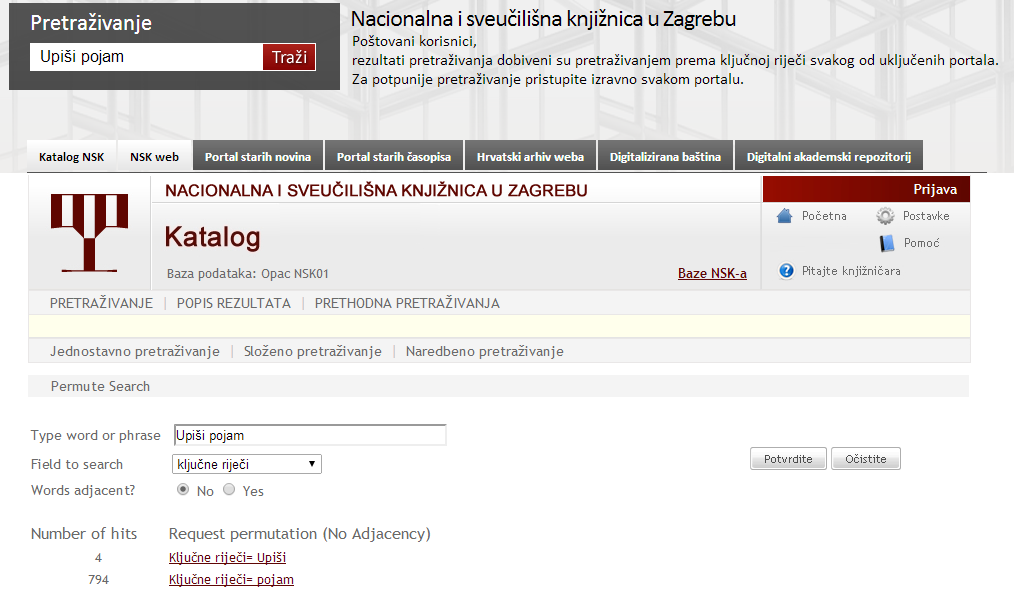 This catalog allows for a large number of easily accessible search indexes.  It is also possible to specify the type of material as can be see from the options box on the left hand side of the screen.  The library website also provides access to the scanned card catalog of publications in the collection issued up to 1974 and an additonal scanned catalog of publications issued between 1974 and 1990.

The Romanian National Library's online public access catalog has made great strides in recent years. It now permits simple and complex searching of general holdings since 1993 as well as several specialized databases, such as Romanica, which tracks international titles about Romania. This OPAC also connects to ROLiNEST, the integrated search engine for multiple libraries and institutional holdings across Romania. In addition, patrons can find links to other Romanian online resources via subscription-based databases such as EBSCO, Springer E-books, etc. The National Library has compiled in one place the resources of the national bibliography, going back to 1992 for serials and 1952 for books. Newer editions are available online fulltext. Scanned card catalogs are not offered. In addition to the National Library, excellent catalogs are available for a wealth of materials at the Lucian Blaga University Library in Sibiu the Romanian Academy Library and the Lucian Blaga Central Library in Cluj-Napoca, which offers its old card catalogs online via scanned pages.

Moldova's library catalog is also available electronically and allows searching of some of the holdings of the National Library. Moldovan technology is moving in stride with the Romania, although there is no way to search holdings in regional institutions in the country outside the captial yet. On the other hand, it is possible to hit some significantly older items that have been entered into the database than in the Romanian case.

COBISS.Net is the name of the network that connects autonomous (national) COBISS library information systems of different countries and their current research information systems. From a technical perspective, COBISS software enables users to download records from any of the COBIB shared bibliographic databases, the OCLC catalogue (WorldCat) and other databases. The Agreement on the establishment of the COBISS.Net network and the free exchange of bibliographic records, created in autonomous library information systems of Bosnia and Herzegovina, Montenegro, Macedonia, Slovenia and Serbia, was signed in Belgrade in February 2003. In November 2006, the aforementioned Agreement was also signed by the Bulgarian National Library.