Documents exhibits at the Music and Performing Arts Library during the 2021-2022 academic year.

July's exhibit is dedicated to the art of tap dancing.  American tap dance has its roots in mid-19th century Vaudeville shows and has evolved into one of the most popular types of dances today.  This exhibit includes resources on tap lessons, tap dancing in film and stage productions and famous entertainers with tap dancing as a prominent part of their versatile repertoires.  One of the performers highlighted in this exhibit is African American entertainer and tap dancer Bill Robinson (nicknamed "Bojangles"), whose memorable performances are featured in many Shirley Temple films.

Links to related searches in the UIUC Library Catalog

Interviews and Performances from the MPAL Archives (Alexander Street Press)

The Legends of Tap

Pictures from the Tap Dance Exhibit 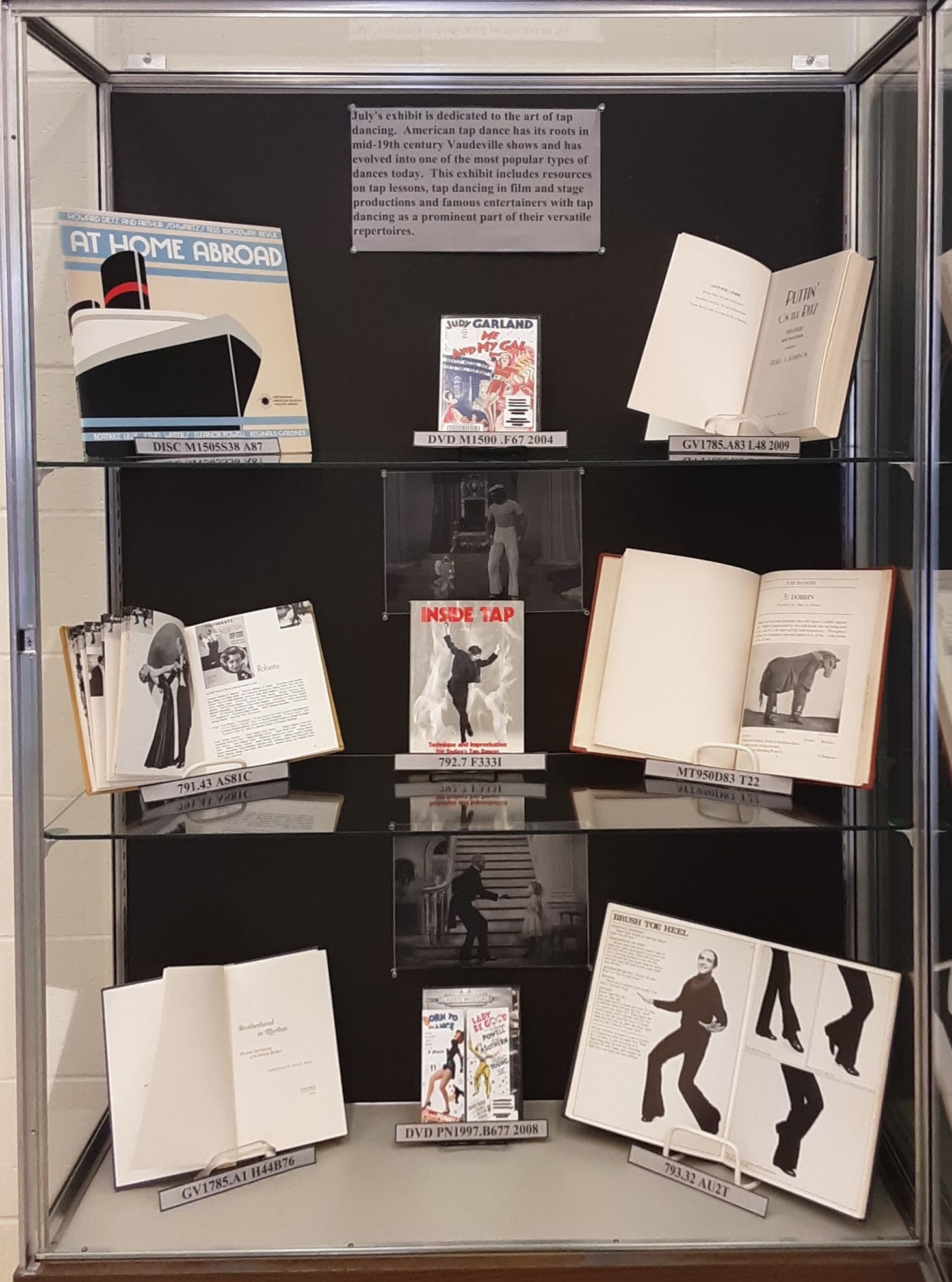 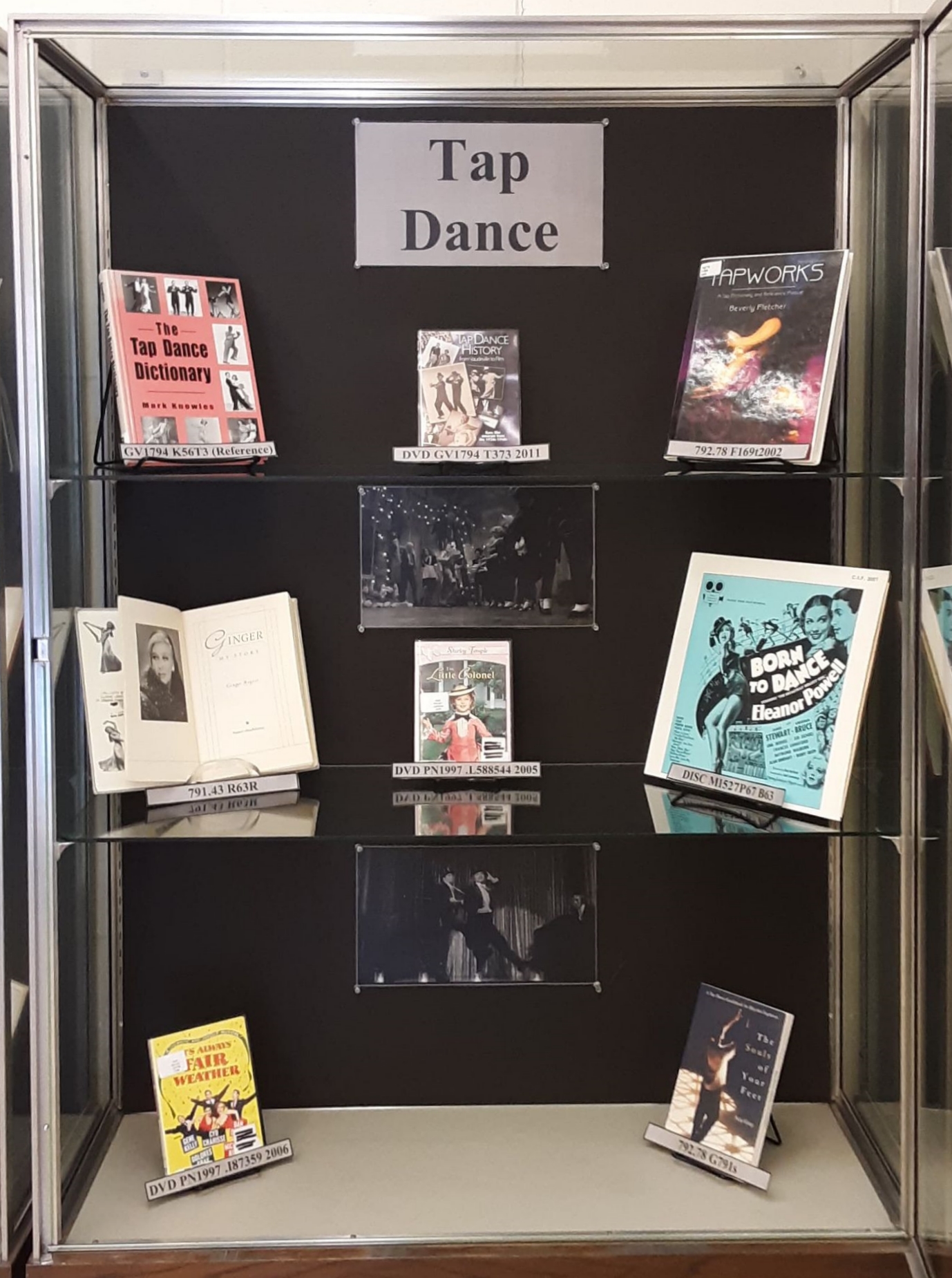 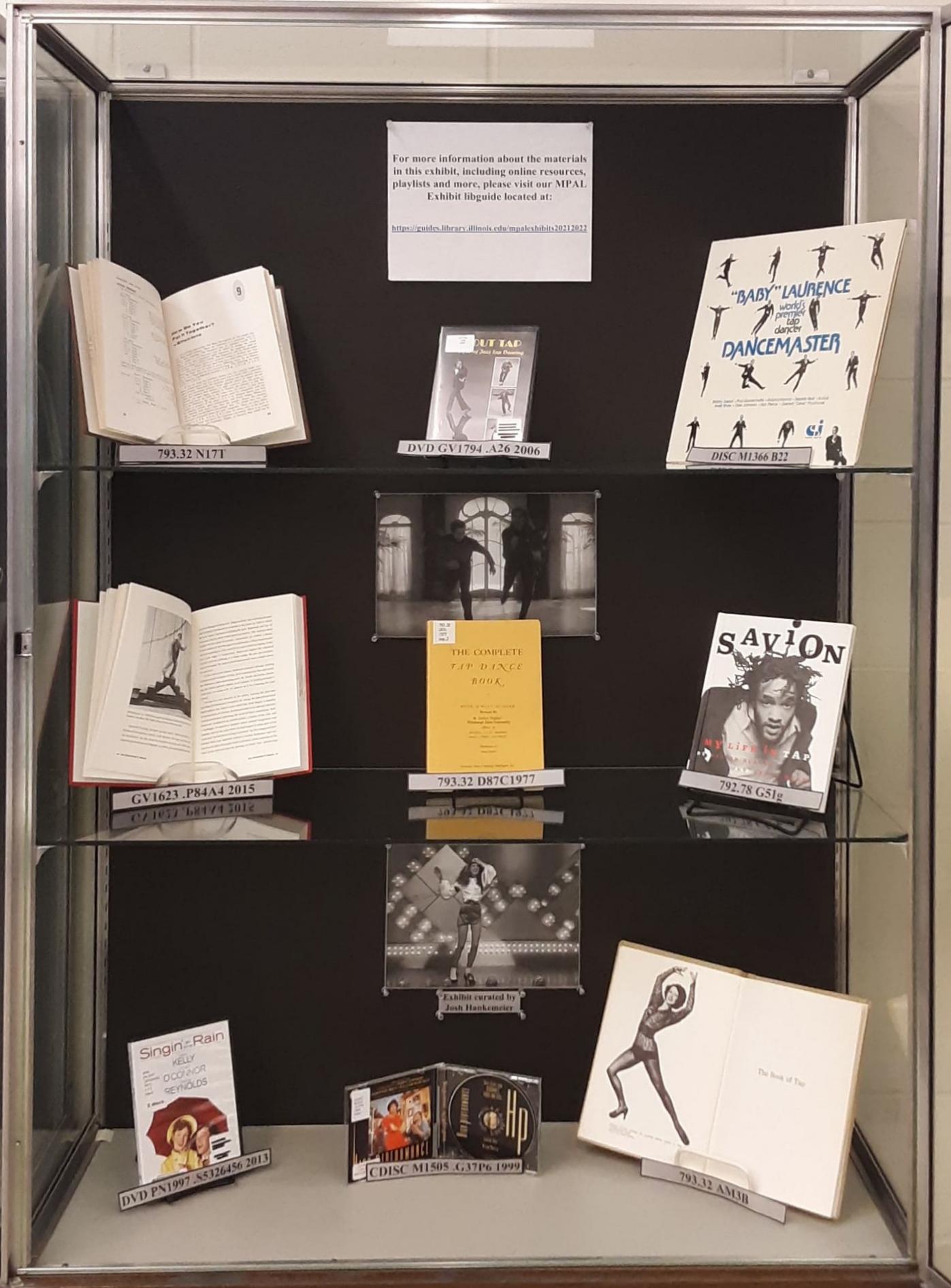 Featured Items in the Exhibit