This page offers a number of resources for translated texts pertaining to Late Antiquity and Patristics. Many of the sources include the texts in their original langauge, side-by-side with their translated versions.

Ante-Nicene Fathers: The Writings Down to the Fathers Down to A.D. 325 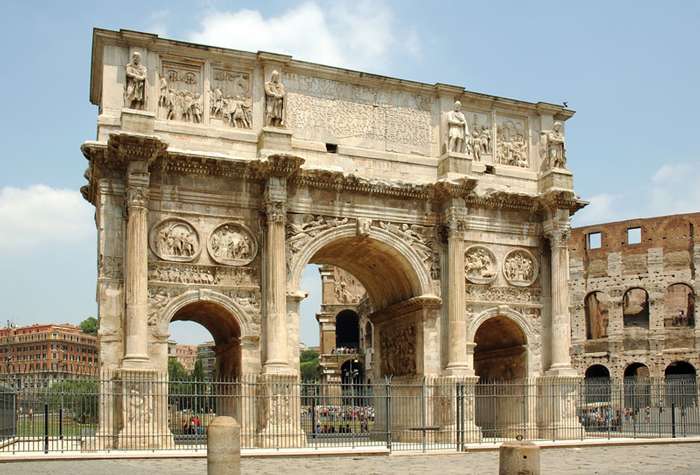 The Ante-Nicene Fathers ranges from the Apostolic Fathers to various third and fourth century sources including the liturgies and ancient Syriac documents and comprises translations into English of all the extant works of the Fathers (with the exception of the more bulky works of Origen) down to the date of the first General Council held at Nicaea in 325 A.D. This American edition by Arthur Cleveland Coxe is a revision of the original series edited by Alexander Roberts and Sir James Donaldson and published in Edinburgh.

Published under the auspices of the Association Guillaume Budé (its aim being to defend and promote classical culture and intellectual life in general), the Collection des Universités de France, also known as the Budé Collection, encompasses in its purview all Greek and Latin texts down to the middle of the sixth century CE. Each edition includes a French translation, an introduction, notes, and a critical apparatus.

Launched in 2002, the Dallas Medieval Texts and Translations series is engaged in an ambitious long-term project: to build a library of medieval Latin texts, with English translations, from the period roughly between 500 and 1500, which will represent the whole breadth and variety of medieval civilization. Thus, the series is open to all subjects and genres, ranging from poetry and history through philosophy, theology, and rhetoric to treatises on natural science. It will include, as well, medieval Latin versions of Arabic and Hebrew works.

The Dumbarton Oaks Medieval Library is a groundbreaking new facing-page translation series designed to make written achievements of medieval and Byzantine culture available to both scholars and general readers in the English-speaking world. The series commences with a focus on three languages—Byzantine Greek, Medieval Latin, and Old English—and will incorporate additional vernacular languages in the future.

The I Tatti Renaissance Library

The I Tatti Renaissance Library is the only series that makes available to a broad readership the major literary, historical, philosophical, and scientific works of the Italian Renaissance written in Latin. Each volume provides a reliable Latin text together with an accurate, readable English translation on facing pages, accompanied by an editor’s introduction, notes on the text, brief bibliography, and index.

Brill's New Jacoby is a fully-revised and enlarged edition of Jacoby’s Die Fragmente der Griechischen Historiker I-III, providing new texts of the ancient historians in many instances as well as several new historians and many new fragments of existing historians that were either unknown to Jacoby or excluded by him.

The entire classical heritage is represented here in convenient and well-printed pocket volumes in which an up-to-date text and accurate and literate English translation face each other page by page. The editors provide substantive introductions as well as essential critical and explanatory notes and selective bibliographies.

Series I of the Nicene and Post-Nicene Fathers consists of eight volumes of the writings of Augustine and six volumes of the treatises and homilies of John Chrysostom. The Nicene and Post-Nicene Fathers: Second Series contains in fourteen volumes the works of the Greek Fathers from Eusebius to John of Damascus and the Latin Fathers from Hilary to Gregory the Great. Several of the writings appear for the first time in English.

This monumental, internationally-renowned series presents early Christian texts by the Greek, Latin, and Oriental Fathers of the Church in their original language with a facing-page French translation and a critical apparatus. Each work is published in its entirety, in accord with the latest standards of scholarship, together with all the elements (introduction, notes, indices, etc.).

300–800 AD is the time of late antiquity and the early middle ages: the transformation of the classical world, the beginnings of Europe and of Islam, and the evolution of Byzantium. TTH makes available sources translated from Greek, Latin, Syriac, Coptic, Arabic, Georgian and Armenian.

This series takes up from 800 AD, where Translated Texts for Historians leaves off, and will follow a similar format. The volumes will normally include English translation with Introduction and Commentary. The intention of the series is to broaden access to Byzantine texts, enabling students, non-specialists and scholars working in related disciplines to access material otherwise unavailable to them.