This page consists of databases and indexes for articles, reviews, books and primary sources related to the study of Late Antiquity and Patristics. Each source contains numerous bibliographical entries and is a great way to locate bibliographical information and reviews.

This page is split into two sections:

L’Année philologique is a specialized bibliographic database of scholarly works relating to all aspects of Ancient Greek and Roman civilizations. The online database includes all volumes of the annual index, beginning with Volume I published in 1928. 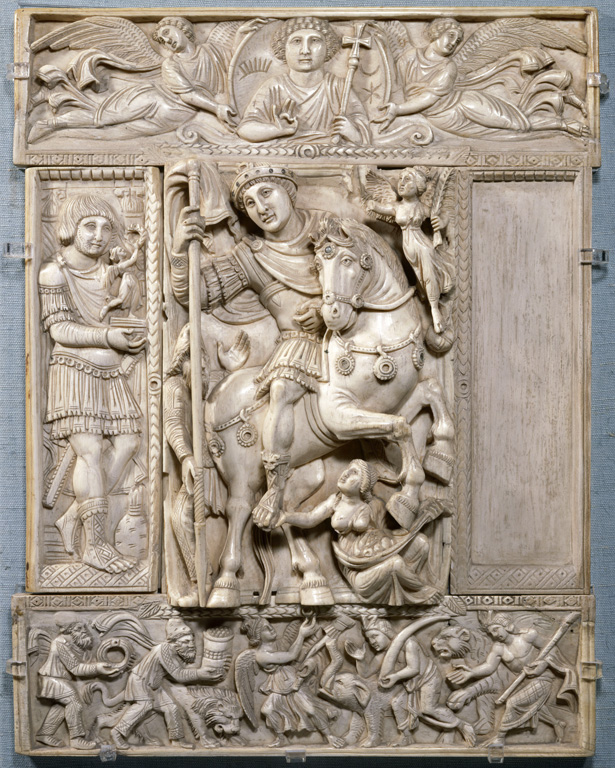 This database derives from two bibliographies: the bibliography of the Revue d’histoire ecclésiastique and the Elenchus Bibliographicus from the journal Ephemerides Theologicae Lovanienses. The Index covers the full range of disciplines in Theology and Canon Law, together with all aspects of Church History. It encompasses about 600,000 entries.

The International Medieval Bibliography was founded in 1967 with the support of the Medieval Academy of America, with the aim of providing a comprehensive, current bibliography of articles in journals and miscellany volumes worldwide.  The database comprises 440,000 articles, all of which are fully classified by date, subject and location, and provide full bibliographical records.

Oxford Bibliographies offers exclusive, authoritative research guides across a variety of subject areas. Combining the best features of an annotated bibliography and a high-level encyclopedia, this cutting-edge resource directs researchers to the best available scholarship across a wide variety of subjects.  Of particular relevance to the study of Late Antiquity are the bibliographies for Classics and Medieval Studies.

Gnomon is a German review journal ranging the entire field of classical study. It was first established in 1925, by Verlag Weidmann. Gnomon is a multi-national review journal, written in German, English, French, Italian and Latin.

Produced by the Theology Faculty of Université Laval in Quebec, this open-access database encompasses over 62,000 entries and more than 1,700 journals across all areas related to Patristics. The interface of this database is in French.

Split into two volumes here (I, II) and produced by the Bollandists in 1898-1901, with a supplement produced by the same in 1911, this catalogue includes Latin hagiographic materials on the lives of saints and the translations of their relics, and is arranged alphabetically by saint.

The Regesta Imperii (RI) Online offers more than 2,300,000 titles, mostly within the topic of medieval Europe. Most of the printed volumes of the RI are freely accessible and searchable online.

The Repertorium Biblicum Medii Aevi was published in eleven volumes between 1950 and 1980 by Friedrich Stegmüller and Klaus Reinhardt, and lists all Bible commentaries written up to the year 1500. In 2002, the University of Trier began digitizing the Repertorium Bilblicum, and has made it searchable online.

Started in 2002, Zenon is the central online catalogue of the libraries of German Archaeological Institute. It contains over 1.4 million bibliographic records, and contains some digitized documents and online resources.