Where they learn the craft 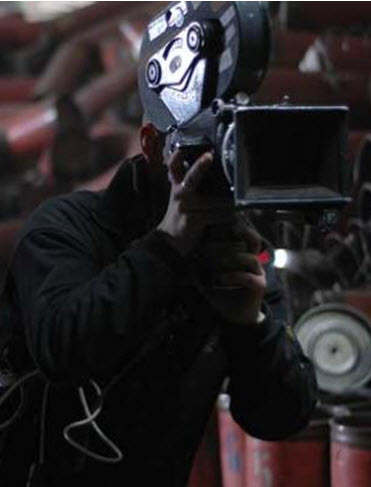 PWSFTViT: This unpronounceable acronym stands for Państwowa Wyższa Szkoła Filmowa, Telewizyjna i Teatralna im. Leona Schillera w Łodzi.  Simply put, it is the Łódź Film School, the Alma Mater of generations of Poland's finest directors, cinematographers, actors, and other professionals connected with film making.  Clicking on the link will take you to the website of the school where you may find interesting information of Polish film industry.  An English-version is available on the top right-hand corner of the page. 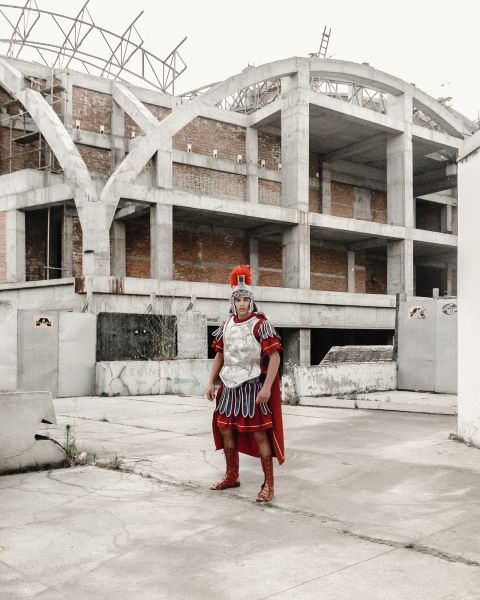 An image from a movie "Alexander" by a Łódź Film School student, Michał Siarek.  Students of the Film School participate in over 300 Polish and international film festivals. 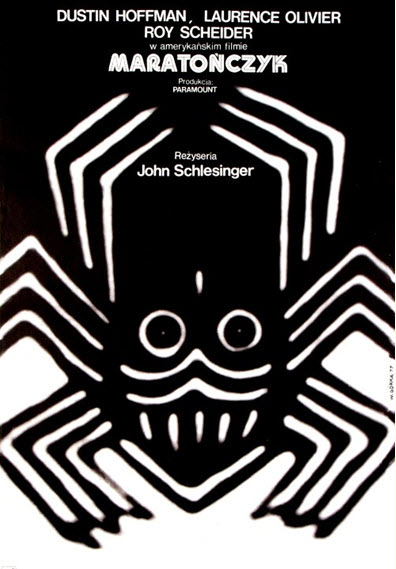 This is the Polish poster for the American classic, "Marathon Man".  Some of Polish finest artists, even under the constricting rules of Socialist Realism were able to create avant garde creation for movie and theater posters. So much so that the art critics in the West spoke of the Polish Poster School.  To view a large gallery of Polish cinema posters check out cinemaposters.com. 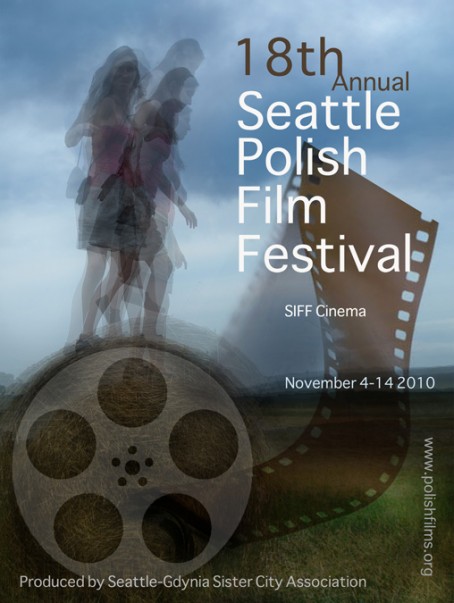 Polish movies are shown in the US at a variety of festivals.  Check out these site of Polish film festivals in New York, Seattle, Madison, Ann Arbor, and the site of the Polish Film Festival in America.

For a brief history of Polish cinema, this guardian article offers history composed of a long series of film clips. If you need more information, try exploring the Polish Institute's 100 Years of Polish Cinema. 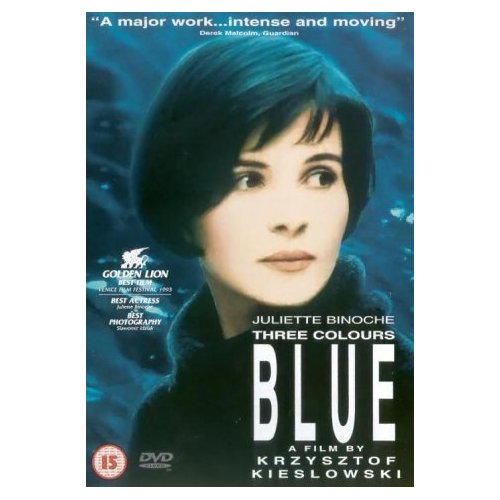 The obove image is the poster from Kieślowski's first installment of his Tri-Color Trilogy.  His works are a classic example of Polish cinema thriving in co-production with the West.

From the mid-1950s, the creations of directors who formed the so-called Polish Film School had a substantial influence on the film trends in the West (French New Wave, Italian neorealism or even late Classical Hollywood cinema) . Directors like Roman Polański, Krzysztof Kieślowski, Agnieszka Holland, have produced their works both within Poland and abroad, thus both expanding the horizons of Polish cinema and exporting Polish approach to cinematography beyond Polish borders.   Other directors whose work received international acclaim, such as Andrzej Wajda, Andrzej Żuławski, Krzysztof Zanussi, Jerzy Skolimowski ,Wojciech Has, and others have helped put Polish cinema on the map.

This clip shows Pola Negri (real name Barbara Apolonia Chałupiec), a Polish actress, one of the very first European stars "imported" to Hollywood singing "Paradise".  The movie is "A Woman Commands"  where she acted opposite the greatest stars, including her paramour Rudolph Valentino.  Apparently the strong Polish accent was no problem for her stellar career at Paramount. 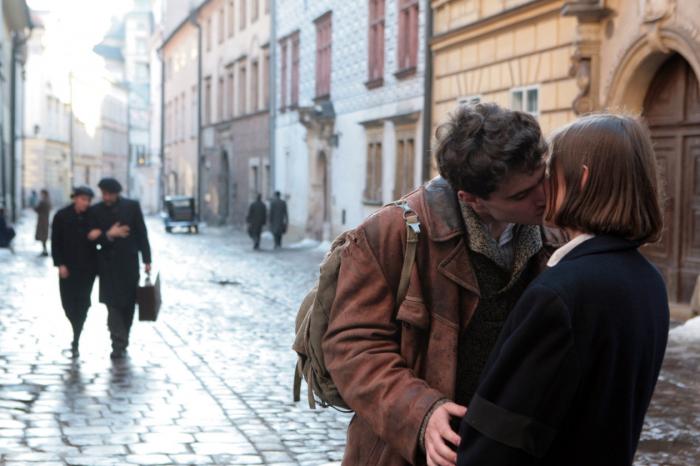 A still from Andrzej Wajda's Katyń

Polish movies continue to be created by the old greats, like Andrzej Wajda or Jerzy Hoffman.  However, there is a whole new generation of directors making their mark on Polish cinematography. Look for names like Adam Guziński, Ryszard Bugajski, or Sławomir Fabicki whose films are being screened at international festivals.

From book to film

Poles love to watch their favorite classic novels on the big screen.  The adaptations are awaited eagerly and the premiere is inevitably followed by fierce discussions whether the movie version gave justice to the literary original.  Very often fiery exchanges center around particular actors chosen to portray heroes beloved (and imagined variously) for dozens or even hundreds of years.  When Jerzy Hoffman's Potop (the Deluge), based on the wildly popular novel by Henryk Sienkiewicz, was released all were in agreement:  Daniel Olbrychski was a perfect incarnation of Andrzej Kmicic, the hero of Potop. 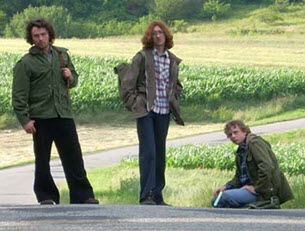 The picture above is a still from an award winning short Trzech kumpli = Three Buddies by Ewa Stankiewicz and Anna Ferens. The movie talks of three friends who, in newly-independent Poland, try to solve the killing of an activist priest by the dreaded SB -- Służba Bezpieczeństwa, communist Poland's secret police.

Film's short form (film krótkometrażowy  or krótkometrażówka) flourished in Poland during the the communist times.  The reason was very prosaic.  Film tape was expensive. Four young directors could be given enough tape to make four short movies, or one could get enough for a full-fledged featue (film pełnometrażowy)...  When the communist censorship was lifted, the short feature and documentary directors truly flourished.