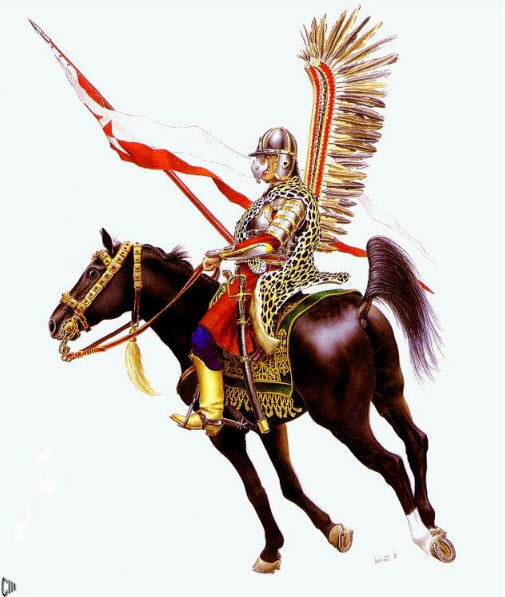 The 17th century hussar (husarz) is an iconic image, which immediately brings to mind Poland's past glory and military might.  It is one of the deeply symbolic figures from Poland's thousand year history which is neatly summarized in this timeline.

The timeline below is taken from Poland's BBC Profile:

1918 - After more than a century of foreign rule, an independent Polish state is restored after the end of the First World War.

1945 - Soviet forces drive German forces from Poland, whose borders are set by Potsdam conference; Poland loses territory to the Soviet Union but gains some from Germany.

1980 - Disturbances at the shipyard in Gdansk lead to the emergence of the Solidarity trade union under Lech Walesa, and the imposition of martial law.

High Noon with a Polish twist 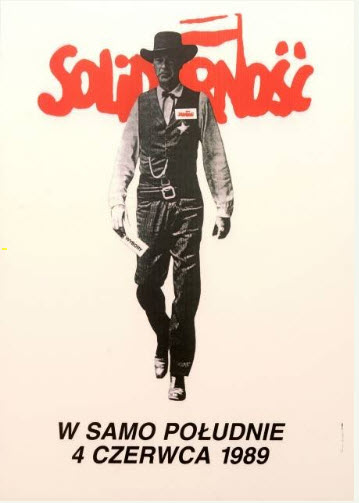 You may ask what does Gary Cooper have to do with Solidarity (Solidarność)? Why is Marshal Will Kane wearing its badge above his star? In 1989 the anti-communist candidates faced off with the former regime's men in the first (semi)-free election.  There was a lot of intimidation of voters, the atmosphere was tense.  The trade unions of France paid for printing the election posters which were brought into Poland the night before the election and were posted immediately all over the country.  Solidarity chose to use the powerful symbol of a lone and brave sheriff/cowboy, which has a strong hold on the Polish psyche.  In the poster the gun is switched for the ballot, which tells every Pole he can be a hero, facing bravely the intimidation, come morning of the elections -- the High Noon of Polish politics..  The poster was wildly popular;  despite the atmosphere of fear, anti-communist candidates won.  After the elections many analysts pointed to the poster as one of the galvanizing points in the all-important campaign, which de-facto ended the communist grip on Poland.  The choice of symbolism at a moment of national crisis shows just how strong the pro-American sentiment is in Poland and how deeply the ethos of the Wild West has penetrated the Polish national consciousness. 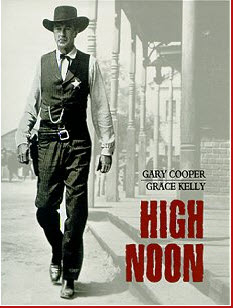 Original poster of the 1952 western.

History of the Polish language 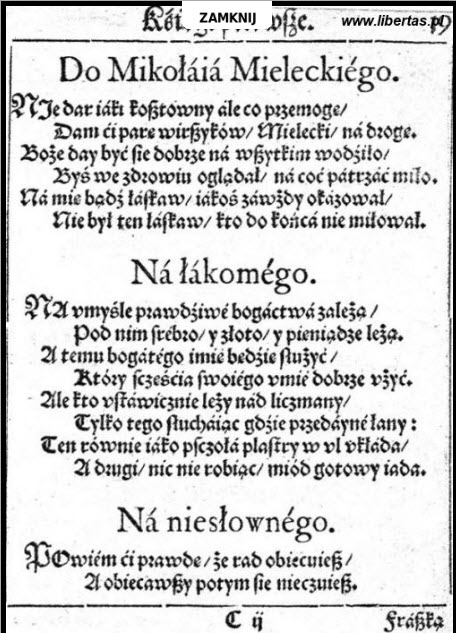 The above is a page from Jan Kochanowski's Fraszki, published 1584. As you can see, the language has gone through some transformation over time.

The following is an excerpt from The Slavonic Languages / Bernard Comrie and Greville G. Corbett (eds.).  London and New York: Routledge, 1993, pp. 686-687.  It gives a general overview of Polish as a language. 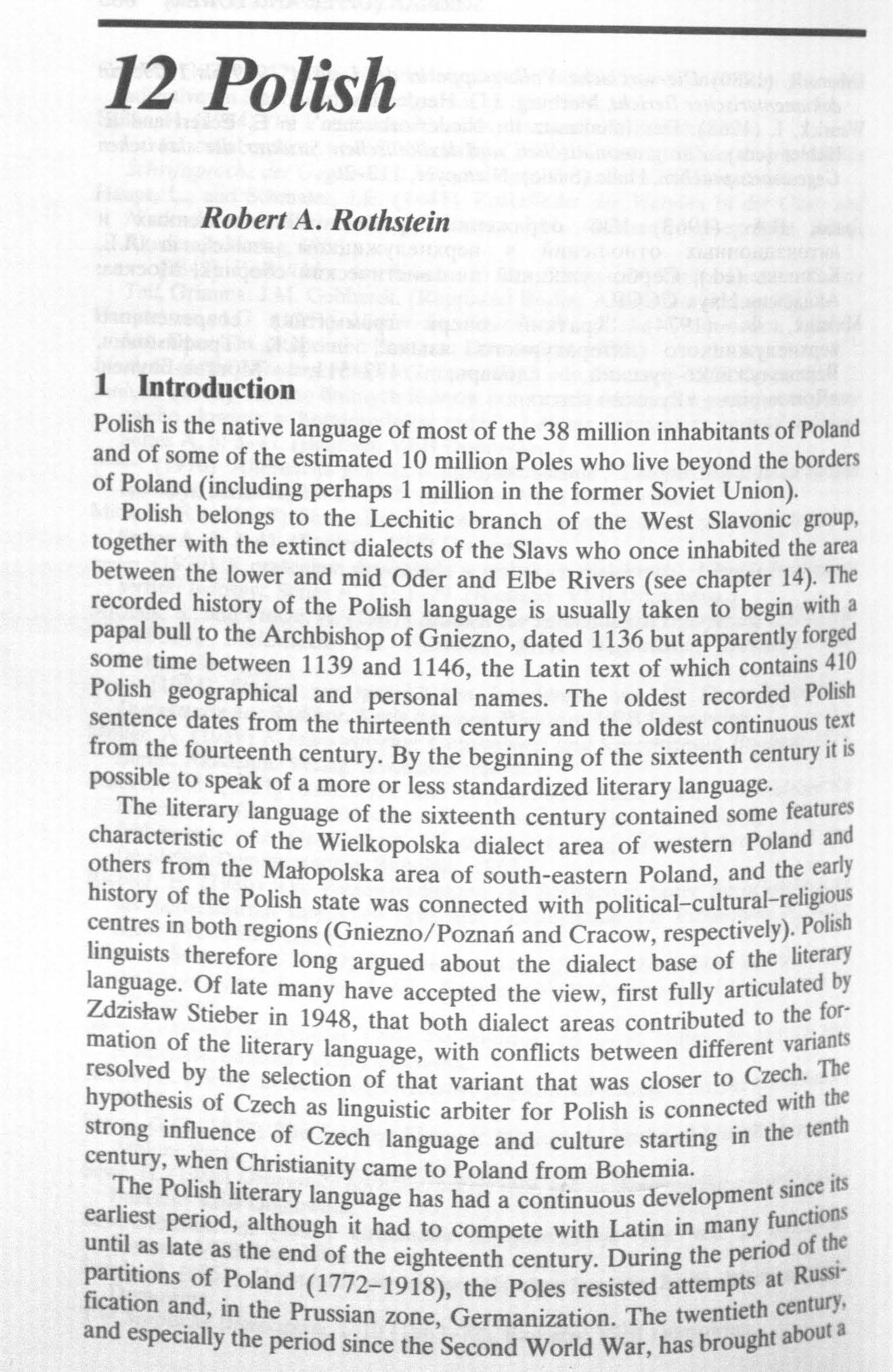 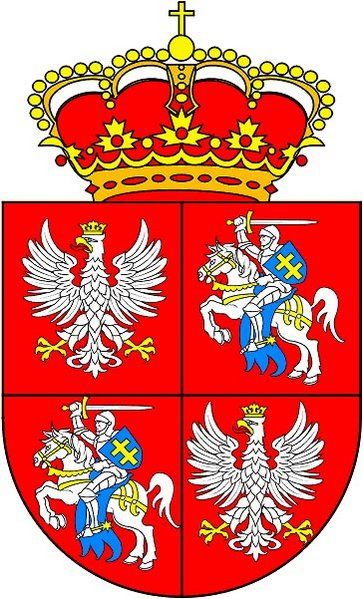 Poland's national coat of arms has changed through time, reflecting the territorial makeup of the kingdom.  In the above version it reflects the Commonwealth of Poland and Lithuania, which formally existed from the 16th until the 18th century.

Poland is represented by its White Eagle = Orzeł Biały, while The Chase (pol.  Pogoń, lith. Vytis) stands for the Grand Duchy of Lithuania.  To read more about Polish history, and to learn some basic facts about the country,  you may wish to check out the national statistics page for Poland here.