Resources for the study of the Azerbaijani language

Every culture has its own phrases that everybody knows, as well as topics that are taboo.

Speaking with children is often a wonderful way to learn a language, or to get better when you are starting out, since their vocabularies and sentence structure tends to be simple.  Watching older people interact with children may also be helpful, since older people may use proverbial expressions to teach the children life lessons.  These proverbial expressions are a wonderful part of a culture with a rich past.  Here you will find a story written by a young girl, about her interactions with her grandmother on a wide range of topics, from being lazy, daydreaming, schoolwork, and other daily life events.  The story is in English, but the Azerbaijani phrases have been placed throughout the text in larger red letters. http://www.azeri.org/Azeri/az_learn/az_expressions/articles/43_granny/43_granny.html

Holiday greetings often have set phrases that are told to friends and family members, or people met on the street.  For some of those phrases, you can look here: http://www.azeri.org/Azeri/az_learn/az_socio/articles/az_socio_71/71_socio.html

Introducing yourself can seem complicated, although it is such a basic thing in any language. This site provides you with introductory phrases and example conversations, in addition to the names for a range of family members and friends.

In Azerbaijani culture, tea (çay)  plays a huge role in socialization - as does food in general.  Proper table etiquette is important, and this guide to "Just a Cup of Tea" includes many interesting and useful things to know....

There are many other cultural guides which provide phrases in Azerbaijani on various cultural topics which you can find at http://www.azeri.org/Azeri/az_learn/az_socio/socio_index.html

Some of the links on the website require opening a printable version rather than giving the information on the website.  A few of those pages have been added to this box, as downloadable PDFs. 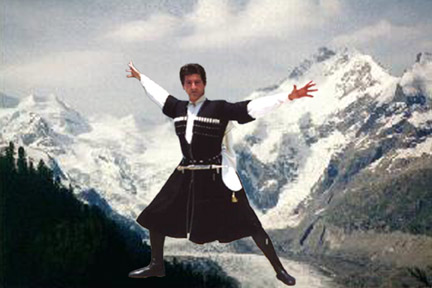 Çiçekler - Flowers
This is a very elegant dance which was created in 1910, and originally performed by women in two different forms: slow and fast. The group of girls gathers together and collects flowers. They would like to show off and demonstrate to the public how pretty flowers look. Flowers are associated with how pretty the girls are in the colorful costumes. They form circles and triangles during the dance. Sophisticated hand movements and spins create very cheerful atmosphere. The music is up-bit and energetic.

Çoban Regsi – Shepherd Dance
This dance is danced only by male performers. The costume is typical to the rural areas and particular to shepherds. The music is up-bit and energetic. This dance symbolizes a cheerful spirit of the shepherd who brings his herd to the valley.

Yally
It is a very old and very custom dance in Azerbaijan. At first times, it was performed in form of traditional celebration around of fire which was sign of heat, light and warm food. In this traditional celebration, dancers worship fire as a goddess. Yally starts with a slow speed and finishes in the fast mode with fast steps in form of running. There are many kinds of Yally in Azerbaijan

There are several marriage ceremonies, from engagement to wedding. A matchmaker comes to the home of the potential bride, and if the family agrees to the match, they serve sweet tea, and the bride puts on her wedding ring. It is obligatory for a couple to visit the mosque before and after the wedding.

Marriage is considered both a social and a religious obligation for Azeris. The choice of a future husband or wife has rigid regulations. Traditionally a future husband should be provided with home and work (by the wife's relatives); a wife should be a virgin and educated. These regulations are distinct from those of many other Muslim countries, as they are not so much a matter of social concern but rather associated with moral self-esteem for both Azerbaijan men and women. Notably, too, this criterion is not applied for mixed marriages.

The Azerbaijan constitution and daily life itself have been considerably influenced by Western social values. But unlike in large cities, where such events as the birth of a child and abortions are regulated, rural areas have their own ethnic and cultural practices, and there is no regulation of divorce, abortion, and birth.

Nevertheless, because women are more religiously active than men and are considered the carriers of Muslim values, they tend to adhere to Islamic norms of conduct. They seldom seek abortions, preferring to give birth to a child (thus having many children). While a divorced woman can marry again, she is expected not to have a lover between marriages, as this would be detrimental to her reputation and could make it impossible for her to marry again.

Toi (wedding celebrations) constitute the main event in family and social life in Azerbaijan. They also constitute the main musical event, having survived in an indigenous form through Soviet times as the occasion for performances of classical mugams and popular songs, and instrumental pieces and dances. A variety of classical and popular music and jazz - sometimes including well-known European tunes - are performed at these celebrations. However, there are obligatory components of traditional Azeri weddings: the instrumental tune ‘Vagzaly’ (in the past called ‘Gelin Havasy’ or ‘Gelin Attandy’), which accompanies the entrance of the bride, as well as the melody ‘Bey Tarifi,’ which welcomes the bridegroom and is performed at the end of the wedding. Wedding dances (yally), originating from the village tradition of western parts of the Republic in which ashig performances are common, also feature in the urban wedding repertoire. Weddings in Baki and other cities are held in restaurants or special celebration halls - shodlig evi. Usually hanende do not participate in urban weddings, but perform at village weddings in certain areas such as Abseron. Weddings in different regions do indeed differ significantly in their musical characteristics. However, they remain the main source of income for all musicians, who often refer to themselves as toihanshiki (wedding performers). Sometimes, you may see more modern dances performed in traditional wedding ceremonies:

Sheki, one of Azerbaijan's most beautiful towns, set in the mountains and with a large number of well-preserved mosques and caravanserais from the 18th century.

Discover the remote mountain village of Xinaliq, where you can find a unique ethnic group of 1,000 Tats, who have preserved the original language, customs and traditions of this ancient and threatened Iranian ethnic group from the Caucasus.

Shop for exquisite copper products in the Persian mountain town of Lahic, where great hiking, charming architecture and natural beauty combine for the ultimate mountain escape. 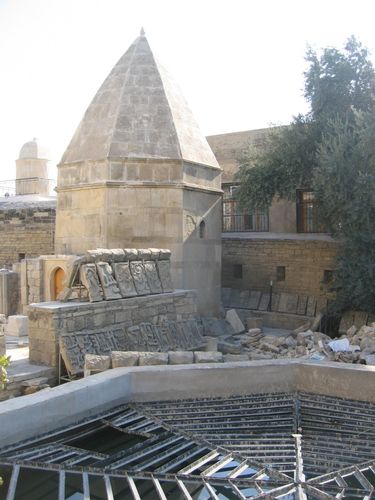 Explore the fabulous Içeri Seher, the walled old city of Baku. The narrow streets, the old mansions and the myriad mosques make this the most authentic experience of Baku before the oil boom of the 20th century created the modern city.

Climb the multiple spiral staircases inside Maiden's Tower, which overlooks the Caspian in the Içeri Seher, and be privy to a stunning 360-degree view of the city. 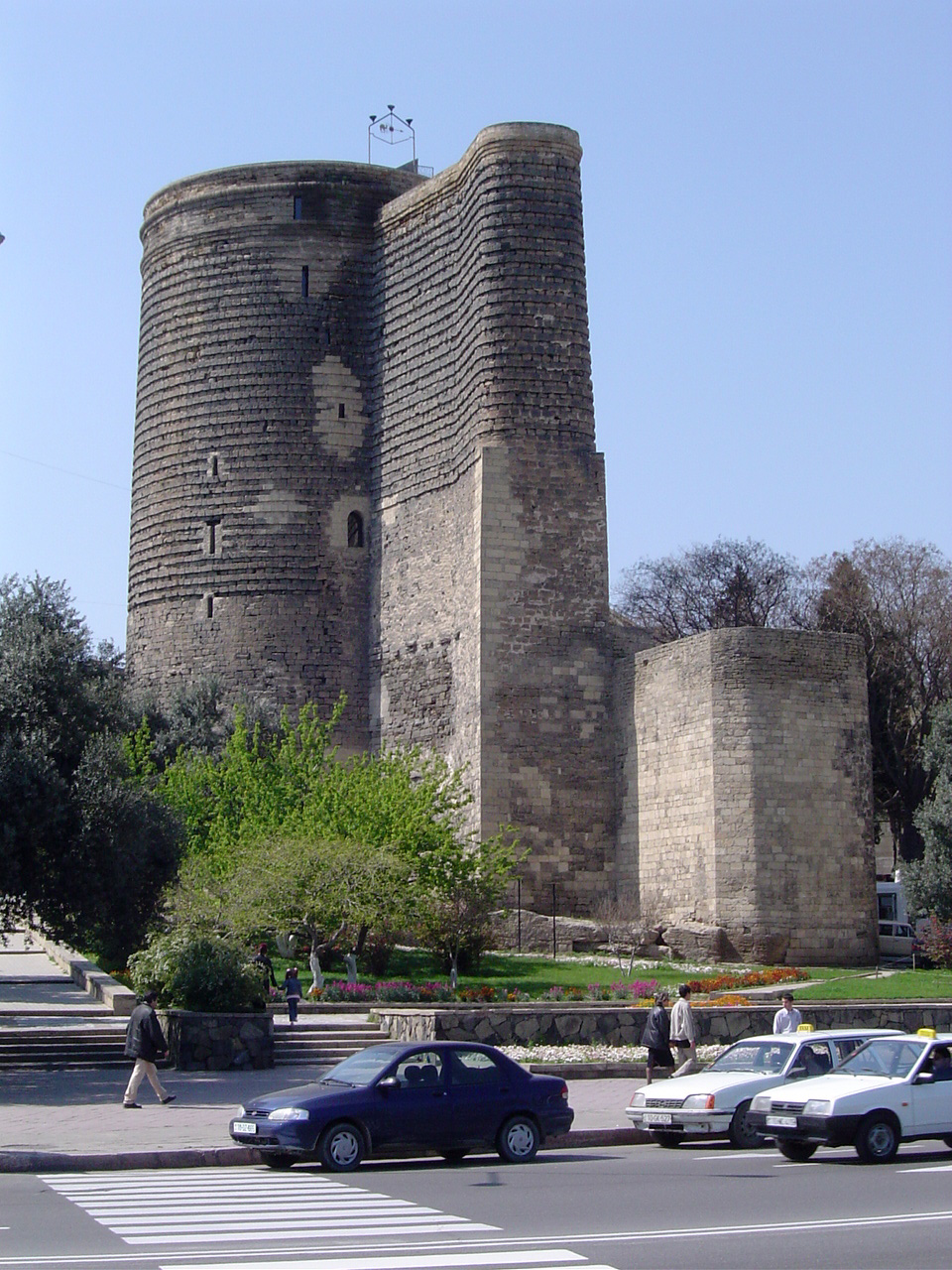 Located on the western shore of the Caspian Sea, the ancient Walled City of Baku in the Azerbaijani capital of Baku was inscribed on the UNESCO World Heritage list along with the Shirvan Shah's Palace and Maiden Tower in 2000, there is also a list of approximately 10 properties submitted to the tentative list of possible UNESCO sites. The walled fort is built on a site inhabited since the Palaeolithic Period (thought to be between 100,000BC and 30,000BC) and archaeologists have found evidence of Zoroastrian, Sassanian, Arabic, Persian, Shirvani, Ottoman and Russian influences. The Shirvan Shah's Palace was built in the 12th century by the Shirvan Shah Dynasty who moved their capital to Baku from Shamakha after an earthquake. Baku developed as an important trading port and was captured and conquered by many warring empires before finally becoming the capital of Azerbaijan in 1920. The Walled City is the old part of the Baku and its maze of alleyways and ancient buildings still thrive with life today with the modern city fanning out around it.