Resources for the study of the Azerbaijani language 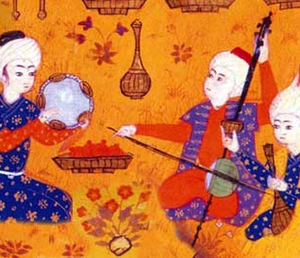 The ‘ūd, commonly used in Azerbaijan as well as surrounding countries as well as in Africa, is a short-necked plucked lute. It has been one of the most important instruments in the Arab world throughout history, but is thought to be the direct ancestor of the European lute.

The term “ūd’ derives from the Arabic al ‘ūd, which has been described as either ‘the stick, branch,’ referring to the wooden neck of the instrument, or ‘the lute,’ a generic term for plucked stringed instruments in which the strings lie parallel to the neck and soundboard. Its introduction has been variously attributed to Lamech of Genesis 4, the Greeks Pythagoras, Plato and Euclid, and Ptolemy. Initially, the instrument was made from a single piece of wood with a skin stretched over a rounded soundbox. As such, it was called the mizhar. The wooden face was introduced in the sixth century, and the ‘ūd with a separate neck fixed onto the soundbox was introduced in Spain in the eighth century. The early instrument had four strings, then five (reported in the ninth century), then seven double strings (reported in the nineteenth century). It is usually played with a plectrum. (1)

To a large extent, village and rural music has long been the province of specialists. Singers, many of them women, who were also composers and poets, sang songs of praise, mourning, and satire, and in pre-Islamic times were accorded supernatural power. Group singing, not very common, is carried on responsorially by dervish fraternities. Improvisation of variations on a set tune, and of nonmetric tunes, is prominent. There are work songs to accompany agriculture and camel-driving. Various kinds of specialists are recognized. In northeastern Iran, for example, they include singers of the Shāhnāmeh, of the story of Hossein's martyrdom, and of songs for weddings; preachers who include recitationlike singing; minstrels who are also clowns; and beggars who chant musical formulas. A folk music genre is likely to consist of severely limited melodic material, and a singer may make his career from performing variants of one tune type. In Iran, thousands of lyrical quatrains are sung to variants of a single melody called the chahārbeiti tune. The figure of the 'asheq, singer of romantic narratives, is widespread in Turkey, Azerbaijan, Iran, Afghanistan, and Central Asia. (2)

The distance between folk and art music is not great in the central nations of the Middle East. Because of the role of the specialist in folk culture, and since (in contrast to Europe) the singing style of folk music hardly differs from that of art music, the use of art music instruments is widespread in the folk community, and related styles exist in the two repertories. On its outskirts, e.g., Afghanistan and the Caucasus, contrastive folk styles, particularly in their use of polyphony, some of it in fourths, fifths, and seconds, may be found. The folk music of the Balkans and Spain shows the influence of Middle Eastern music in scales, nonmetric improvisation, singing style, and instruments.

Generally, the music from the region in which Azerbaijan is located is essentially soloistic, with ensembles consisting of a leading vocalist or melodic instrument accompanied by (i) a stringed instrument that plays in unison with the soloist in composed, metric music and follows a note or two behind, also recapitulating phrases, in nonmetric improvisation, and (ii) one or two percussion instruments for metric sections. Distinctions are made between composed and improvised parts of a performance and between metric and nonmetric portions.

Melodic organization follows a system of modes, generally muğam in Azerbaijani, and in Arabic called maqām, but also makam in Turkish, dastgāh and gusheh in Persian, shashmaqām in Uzbekistan. Essence and attributes vary by area and historical period, but in general, a muğam has a scale and a hierarchy of pitches whose distribution in the lower tetrachord is the main characteristic. Scalar intervals include those approximating tempered whole and half, three-quarter and five-quarter tones, although there is variation and theoretical controversy regarding their precise tuning. A muğam also has characteristic melodic contours, motifs, and interval sequences and is ascribed a specific musical or even nonmusical character.

The muğam system of Azerbaijan is closely related to the dastgāh system of Iran, using almost identical terminology, genres, and improvisatory practices, but with a higher degree of standardization of forms and ensembles, and with historically greater participation of female musicians. (2)

This website includes background as well as some downloadable classical Azerbaijani music.

(2) ‘Near and Middle East’ 2003, in The Harvard Dictionary of Music, Harvard University Press, Cambridge, MA, USA, viewed 27 February 2012, <from http://www.library.illinois.edu/proxy/go.php?url=http%3A%2F%2Fwww.credoreference.com/entry/harvdictmusic/near_and_middle_east>

Popular music in Azerbaijan since independence was gained in 1991 demonstrates a greater openness to outside influences, "which have stimulated new performance styles and tastes of the Azeri population. Some bands have combined Western instruments such as keyboards, percussion and guitars with local instruments such as the tar (a kind of lute), the balaban (a kind of reed woodwind instrument) and the garmon (a kind of accordion). Three such bands are Bakustik, directed by Salman Kambarov; Ay Bery Bax (the name taken from the title of the well-known song), directed by Rauf Babaev (Babaev was the soloist of the group Gaya, established in 1960 to perform popular music - he has continued to follow the same pop style based on folk-song harmony and rhythm); and Rast, a band that mixes elements of jazz with sounds of western pop. Rast's albums contain a repertoire with mugam elements (kamancha - spike fiddle), a style that has been developed by singer S. Alekber-zade and the band's director, R. Hashimov.

At the beginning of the twenty-first century, there were a number of female singers performing in a pop-folk style, the most popular being Briliant Dadasheva (b. 1960), Aygun Kasimova (b. 1970) and Zulfiya Khanbabaeva (b. 1967). Male singers included Faig Agaev, Samir Bagirov and Mirza Babaev (also a movie star). However, the true star of Azeri music at the beginning of the twenty-first century was Alim Qasimov (b. 1957). Having begun his career as a hanende, he became an internationally renowned singer and champion of Azeri music. In 1999 he won the UNESCO prize for innovation in traditional performance.

Audiences in Azerbaijan tend to be committed to earlier musical styles, together with music from Russia and Turkey, which has remained popular due to the continued import of television programs from these countries.

More recent developments include the emergence of Azeri rap in association with meyhana, a genre in which satiric couplets are based on clearly emphasized patterns of improvised poetry. Meyhana has been particularly popular for some time in the region of Abseron, but it has become increasingly popular in other areas of Azerbaijan. Rap is distinct from meyhana in that rap lyrics are concerned with the difficulties of everyday life and the resulting issues that face individuals. Rap's audience consists mostly of youth.

For production of modern music, there are recording studios at the Azeri state radio and television company and at Azerbaijanfilm. Motivated by profit, the companies produce recordings predominantly of mainstream popular music and genres such as rap and meyhana. Interest in classical music, which used to be the focus during the time of Soviet rule, is dwindling because it is no longer supported or promoted by the state. Although the older generation still holds mugam and classical music in high esteem, mugam is not very popular among young people.

Azerbaijan has 10 AM radio stations, 17 FM stations and two television stations. About half of music broadcast consists of popular songs and instrumental tunes, including Azeri pop music, folk music and music from popular films. Some 30 percent is classical music (mugam, ghazels, ashig songs and epics). Patriotic songs, for which the demand has risen following the war over the Azerbaijani Nagorno-Karabakh enclave (1989-94), account for 10 percent of music broadcast, and 10 percent is music from abroad, principally from Turkey, Russia and Spain and occasionally from India.

You can search for other music encyclopedias by using the following subject headings:

On the AZTV website, click on the "Canlı yayım" button on the top right hand side of the home page, and you can view live tv streaming from Azerbaijan.

By going to the GunAz Tv homepage, you can find many current events and tv-related stories, as well as a link to "Canlı yayım - TV" on the right side of the page, which allows you to stream video from the tv station in Azerbaijan, however it does require you to download a plugin in order to view. 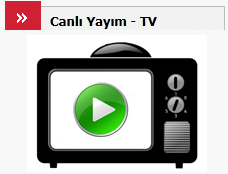 Ictimai TV has many links to different videos and movies, as well as brief articles you can read on a wide variety of topics.  Along the top, the Eurovision, Television, Film links especially have many videos, and you can stream music by following the radio link.  Along the left-hand side of the screen there are many more links that can lead you to different topics to watch video or read.  The films include documentaries, which are available to view online.