Ancient literature of Azerbaijan
The oldest example of written literature in Azerbaijan emerged during Median state in the sixth century BC (VII-VI centuries BC) and it is “Avesta”, an author of which is Prophet Zoroaster. Here, the dualistic outlook of the Azerbaijani people, the imagination of primary humans on struggle of the good and evil was reflected in this work.

Based on the ancient mythological world outlook epos Dede Gorgud was written in XI century BC under the name of "Kitabi Deden Gorgud". And the copies known to the science are copies of XVI century’s manuscripts.

Medieval literature of Azerbaijan
Since the XIII century, under the influence of objective historical reality in the the literature of Azerbaijan created mainly in Arabic and Persian languages the number of poets and artists writing in their native language increases gradually. Since that time the period of ancient literature of Azerbaijan finishes and medieval period begins.
Lyric poets, such as İzzeddin Hasanoglu and Sheikh Safiaddin Ardebilli preferred to create secular poetry samples connected with real life rather than lyrical and epic samples consisted of Sufi-mystical ideas like in neighbouring peoples. Three works of Hasanoglu in Turkish, and one ghazal in Persian, small divan of Sheikh Safi creates an imagination on native literature of this period, and says about strong foundation for future great poetry.
Azerbaijani literature of XIX-XX century
In the first  decade of  the XIX century, an important event occurred in the history of the Azerbaijani people. The occupation of Azerbaijan by the Russian Empire intensified western trends. This came across in the literature of the Azerbaijani people.
Under Russia's influence national and a real-world motives took the leading position. Under the direct influence of Molla Panah Vagif the representative of critical-realist satire, like Gasim bey Zakir (1784-1857), was formed in the literary atmosphere of the Karabakh and defines the direction of poetic development for a long time. However, in the creation of the G.B.Zakir, as well as in works of his contemporary poets the traditions of Fuzuli are continued at the new level. The biggest representatives of this process were Seid Abulqasım Nabati (1812-1873), Heyran khanum (1786-1838) in the South and Seid Azim Shirvani (1835-1888), Khurshudbanu Natavan (1830-1897) and Fatma khanum Kamina (1840-1888) in the North Azerbaijan.
During this period, names of Abbasgulu aga Bakıkhanov (1794-1847), Mirza Shafi Vazeh (1792-1852), Ismail bey Gutqasınly (1801-1861), which were known to Russian and Western orientalists and poets, and got advanced humanist ideas from them, can be cited.
Educationist-realistic views of Mirza Fatali Akhundov (1812-1878), who played an exclusive role in the next development of literature, had a strong influence on the formation of literature genres of modern western literature like drama, novels, stories, short stories, narratives, poetry, etc.

"Kitabi- Dede Gorgut” - Epos of the Oghuz Turks, is the most ancient written monument of Azerbaijani folk literature (XI-XII centuries). 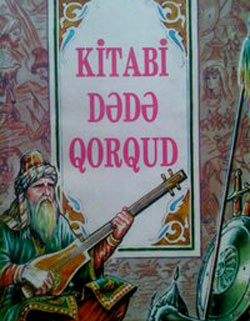 According to the tradition, the authorship of epics in Kitabi Dede Gorgut related to Dede Gorgut. The main subject of epics was reflected in the following twelve-like epics.
Dede Gorgut eposes, which root back to mythological views was written in XI century of AD under the name of "Kitabi Dede Gorgut", and copies in our hands are just copies of the manuscripts of the sixteenth century. According to German orientalist Friedrich von Dits, who first investigated the m written monument, some of the mythological subjects, for example, the Cyclops subject had caused creation of  similar subjects in ancient Greece. The image of Cyclops in "Kitabi Dede Gorgut" if compared with Homer’s Poliphem image from "Odyssey" epic, is older. So far, two manuscripts of are "Kitabi Dede Gorgut" known. One of them is Dresden copy, which was taken by German orientalist, F. Dits from Istanbul to Germany and presented to library of Dresden city, consisting of a preamble and twelve boys (parts) (separate stories in epic is called as “boy”), and another one is a copy that was found on the 50-ies of XX century in Vatican, consisting of preamble and six boys. The third copy of “KItabi Dede Gorgut” was prepared at the Institute of Manuscripts of Azerbaijan National Academy of Sciences.
The main essence of the epics of “Kitabi-Dede-Gorgut” consists of protection of land and the people, the fight of forces that represent good, Oguz nations against alien invaders, life-and-death battle against evil forces, the importance of the moral-didactic meetings, which had not lost its importance now. During 50-es of last century under the ideological pressure of  the Soviet totalitarian regime "Kitabi Dede Gorgut" epic, was prohibited as literary monument, which as if causes national hate, and was just “rehabilitated” only in the early 60-es.
Being the monument of folk art of Azerbaijan, the poetic language of epos “Kitabi-Dede-Gorgut” language is rich with artistic drawings. Patterns of folk language, proverbs, sayings and idiomatic phrases were used skillfully in the epos. "Kitabi-Dede Gorgut" is very rich source to learn about the history of Azerbaijani Turks.
(The Azerbaijani language version of this information can be found by clicking on the picture shown above; for the English version of the website, please click here.) 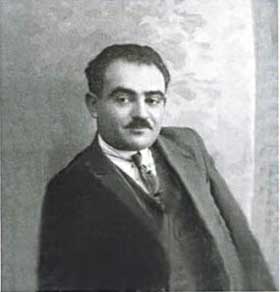 (The website is available in Azerbaijani, English, and Russian, and includes a bibliography and facts about the author)

The author's most famous work, "Ali and Nino," is written under the pseudonym Kurban Said. More information can be found about this author at azerbaijans.com, both in Azerbaijani and in English.

The literature of the Soviet period (up to 60 years)
The dramaturgy of the Soviet period is closely connected with the names of Hussein Javid, Suleyman Sani Akhundov, Jafar Jabbarly, Mirza Ibrahimov, Samad Vurgun, Sabit Rahman, Anwar Mammadkhanly, Ilyas Efendiyev, Shikhali Gurbanov and others.
Ahmad Javad (1892-1937) and Mikayil Mushfiq (1908-1938) as well as Samad Vurgun are considered major leaders of XX century Azerbaijani poetry. Suleyman Rustam (1906-1989) and Alaga Vahid (1895-1965) are poets with special contribution in the development of the lyrics.
Azerbaijani literature of the new period (from 1960's to present)
Beginning in the 1960's as a result of the socio-political atmosphere at the time, and weakening ideological ties in the USSR, young creative talents began to write criticisms of the existing political structure. Among them were prosaists and poets, like Isa Huseynov, Mammed Araz, Sabir Ahmedov, Anar, Akram Ayrisli, Elchin, Sabir Rustamkhanly, Alakber Salahzade, Farman Kerimzade, Maksud Ibrahimbekov, Rustam Ibrahimbekov, Movlud Suleymanly, Yusif Samedoglu, Isi Malikzade.
This movement began in literature for freedom of speech and thought, independence of political thought, pluralism, national sovereignty and social justice continued till 70-90-es, finally, had implemented the objectives by gaining the political independence and sovereignty.
In the poetry and dramaturgy of artists like Bakhtiyar Vahabzade (1925), Nabi Khazri (1924), Nariman Hasanzade (1931) the instructive pages of the history of people, lyrical and psychological experiences in such background make dominancy. Works of these poets, as well as the Gabil, Enver Alibayli, Islam Safarli, Adil Babayev, Hussein Arif, Qasim Gasimzade, Aliaga Kurchayli are valuable examples of our literature. We see the continuation of one old tradition in literature of this period - a tradition of creativity in other languages, in activities of Imran Gasymov, Maksud Ibrahimbekov, Rustam Ibrahimbekov, Chingiz Abdullayev, Chingiz Huseynov, Vladimir Gafarov, Vahid Mammadov, Natiq Rasulzade, Alla Akhundova and others, that write in Russian. Their works published repeatedly in Baku, Moscow and European countries are valuable samples enriching the national culture, expanding the scope of the interest to them.
The complete article can be found here - in English, and here - in Azerbaijani. 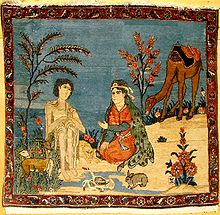 Azerbaijan folk-lore is a part of common Turkic oral literature and reflects the moral values of the Azerbaijani Turks. The people's customs, ceremonies, beliefs and faiths, patriotism and love of the land and parents are all things which have been described in this creative work.
Folklore of Azerbaijani Turks was formed at base of different genres (lyrical, epic and dramatic) and has been divided into types according to those styles.

At azerbaijan.az you can find current news on many topics (available in Azerbaijani, English, or Russian), as well as information on the country, its history, architecture, and holidays.

Another great way to access current Azerbaijani newspapers is to visit Library PressDisplay which displays the most recent 90 days worth of news.

List of newspapers from Baku
Baki - Baku [As of 3/17/2015, newspapers which are not hyperlinked have sites which are experiencing tech issues]