Materials on Dostoevsky can be found in any number of databases from MedLine to ArticleFirst to MLA.  Those described here focus on Russian language publications and should be a part of any general search on the author. 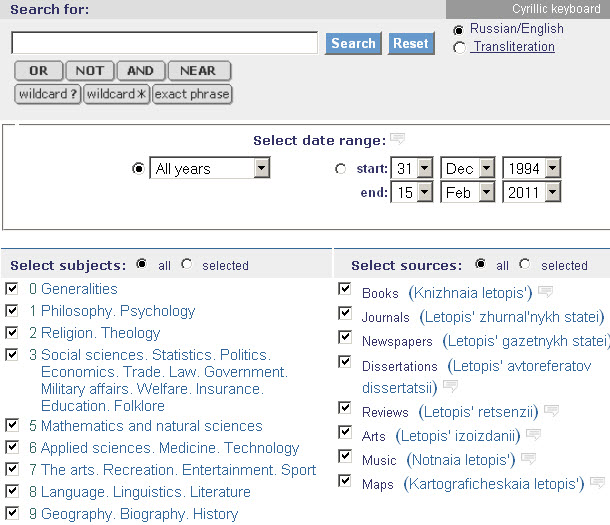 The Eastview Russian National Bibliography [1994-]database contains all eight national bibliographic publications:  Knizhnaia letopis'; Letopis' zhurnal'nykh statei; Letopis' gazetnykh statei; Letopis' avtoreferatov dissertatsii; Letopis' retsenzii; Letopis' izoizdanii; Notnaia letopis'; Kartograficheskaia letopis'.  Since these publications are presented in a single search interface form, researchers can search all eight publications at once.  This unique database also allows its users to browse and search individual national bibliographic publicatons as well.  With a Cyrillic keyboard already embedded in the search interface, researchers can start the process of collecting citations from journal publications, monographs, dissertations, reviews, etc.  There are four indexes attached to this database: "subjects", "authors", "serial titles", and "geographic."  This database is listed as "a work in progress" by Eastview, which would explain the lack of exporting features or suggestions for saving citations.  Any limitations found in this database are easily overpowered by its scope and content.

INION [aka Институт научной информации по общественным наукам ] Russian Academy of Sciences Bibliographies[1986-present]: Identifies material in the social sciences and humanities published in the Commonwealth of Independent States and Eastern Europe. Coverage includes books, manuscripts, dissertations, and articles from more than 10,000 periodicals. Author-title information is given in the original language of publication; abstracts and keywords are in Russian; subject headings are in both Russian and English. 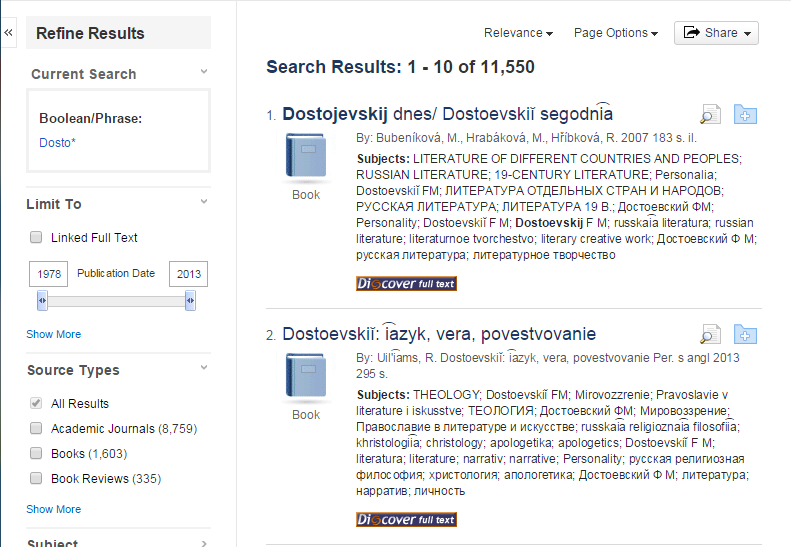 The public version is available, free of charge, to all users. 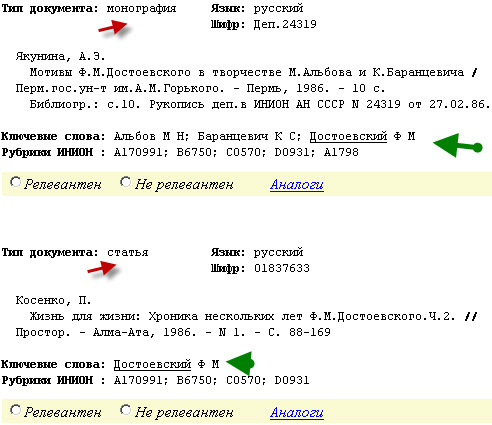 American Bibliography of Slavic & Eastern European Studies (ABSEES), produced by the University of Illinois at Urbana-Champaign, provides information on East-Central Europe and the former Soviet Union. Some of the many subjects covered include: anthropology, culture & the arts, economics, education, and geography. Sources indexed include journals, books, dissertations, online resources and selected government publications published in the U.S. and Canada. Coverage for ABSEES ranges from 1989-present [Publisher notes, UIUC Online Research Resources].

MLA International Bibliography offers a detailed bibliography of journal articles, books and dissertations. Produced by the Modern Language Association (MLA), the electronic version of the bibliography dates back to the 1920s and contains over 2.3 million citations from more than 4,400 journals & series, and 1,000 book publishers. The indexed materials coverage is international and includes almost 60 titles from J-STOR's language and literature collection as well as links to full text. This database includes journal abbreviations and acronyms for almost 3,500 titles, with full journal names standardized and ISSNs attached. MLA International Bibliography also contains nearly 11,000 subject names and terms. Subjects consist of literature, language and linguistics, folklore, literary theory & criticism, dramatic arts, as well as the historical aspects of printing and publishing. Listings on rhetoric and composition and the history, theory and practice of teaching language and literature are also included. In addition to the bibliography, the database includes the MLA Directory of Periodicals; the association's proprietary thesaurus used to assign descriptors to each record in the bibliography and a proprietary, searchable directory of noted authors' names, with links to brief descriptive notes[Publisher notes, UIUC Online Research Resources] 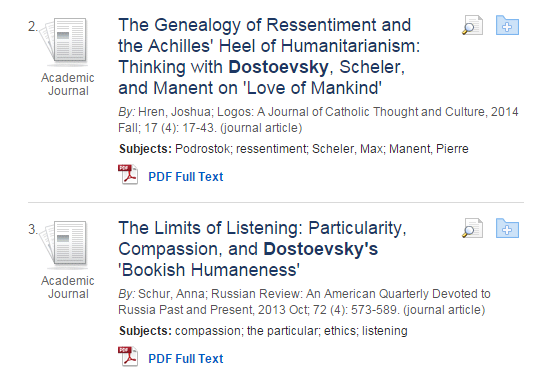 Literature Resource Center can be characterized as “the best kept secret” in the collection of subscription based online resources at the University of Illinois.  Although we cannot support or verify some of the claims made by the publisher (see below), we can, however, attest to its importance to anyone working on literary criticism, translations and translation studies, bio-bibliographical essays, etc.  Researchers and students alike can search this database for full-text articles from academic publications, literary journals, critical essays and reviews, literary movements, individual works of authors, and in-depth biographical essays.   The scope of this database is quite extraordinary: “… covering all genres and disciplines, all time periods and all parts of the world” [Note: Publisher’s claim].  Every researcher needs a firm foundation for any research topic; the Literature Resource Center is an invaluable research companion and an authoritative starting point.   Access [Note: this is a subscription based resource]. 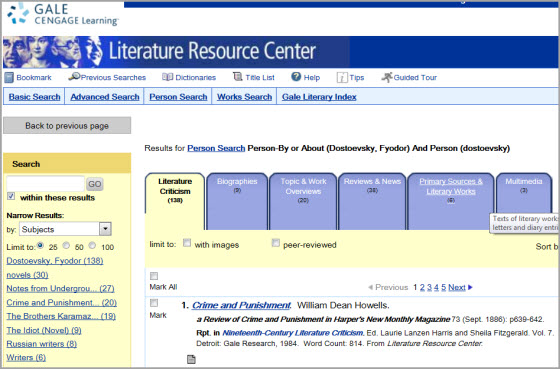 You can see from the headings on the tabs that there are numerous subjects covered and you will find full text for almost all the materials listed here.  If you are seeking to place Dostoevskii and The Brothers Karamazov in context this is an excellent starting point.