Kazakhstan has a long and fascinating history, going back thousands of years. Some remnants are still visible today such as Great Silk Road monuments, petroglyphs and sometimes even mysterious archaeological sites. The Amazons might have originated from Kazakhstan, the first steppe nomads are supposed to have emerged from here and it is very likely that Genghis Khan was buried in Eastern Kazakhstan. In recent times more and more details about Kazakh history and culture have been re-discovered, making the country also more and more interesting for domestic and international culture seekers. 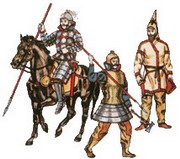 The indigenous Kazakhs were a nomadic Turkic people who belonged to several divisions of Kazakh hordes. They grouped together in settlements and lived in dome-shaped tents made of felt called yurts. Their tribes migrated seasonally to find pastures for their herds of sheep, horses, and goats. Although they had chiefs, the Kazakhs were rarely united as a single nation under one great leader. Their tribes fell under Mongol rule in the 13th century and they were dominated by Tartar khanates until the area was conquered by Russia in the 18th century.

The area became part of the Kirgiz Autonomous Republic formed by the Soviet authorities in 1920, and in 1925 this entity's name was changed to the Kazakh Autonomous Soviet Socialist Republic (Kazakh ASSR). After 1927, the Soviet government began forcing the nomadic Kazakhs to settle on collective and state farms, and the Soviets continued the czarist policy of encouraging large numbers of Russians and other Slavs to settle in the region.

Owing to the region's intensive agricultural development and its use as a testing ground for nuclear weapons by the Soviet government, serious environmental problems developed by the late 20th century. Along with the other central Asian republics, Kazakhstan obtained its independence from the collapsing Soviet Union in 1991. Kazakhstan proclaimed its membership in the Commonwealth of Independent States on Dec. 21, 1991, along with ten other former Soviet republics. In 1993, the country overwhelmingly approved the Nuclear Non-Proliferation Treaty. President Nursultan Nazarbayev restructured and consolidated many operations of the government in 1997, eliminating a third of the government's ministries and agencies. In 1997, the national capital was changed from Almaty, the largest city, to Astana (formerly Aqmola).

The timeline before 1916 can be found here.

1949-1965: Following environmental problems caused by Soviet nuclear tests, state-driven immigration leads to ethnic Kazakhs being reduced to a minority in their homeland.

1991: Kazakhstan becomes an independent country, with Nazarbayev as president.

2010: Further powers granted to Nazarbayev, including right to veto legislation for life.

The timeline is proudly provided by BBC and Telegraph