A comprehensive guide to each country in the Middle East and North Africa.

Call Number: Hillman
Iran is a key player in some of the most crucial issues of our time. But because of its relative diplomatic isolation and the partisan nature of conflicting accounts voiced by different interest groups both inside and outside the country, there is a shortage of hard information about the scale and depth of social change in today's Iran. In this volume, and imposing roster of both internationally renowned Iranian scholars and rising young Iranian academics offer contributions--many based on recent fieldwork--on the nature and evolution of Iran's economy, significant aspects of Iran's changing society, and the dynamics of its domestic and international politics since the 1979 revolution, focusing particularly on the post-Khomeini period.
Iran: a People Interrupted by Hamid Dabashi
Call Number: Hillman
Iran's nuclear ambitions have thrust the country into the international spotlight, attracting media attention to a degree not seen since the late 1970s. Iran's population of 70 million people - a majority of it young and radicalized - sits atop one of the largest reserves of oil on the planet. A balanced understanding of this nation is vital to make sense of events unravelling in the region and this brilliant and lucid narrative, a full political and cultural history of Iran, fills a crucial gap in our knowledge. 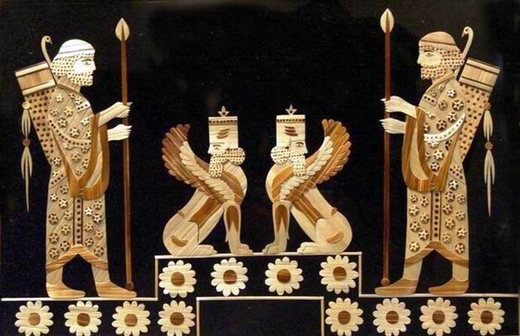 Offers information about the cultural aspects of Iran. Also contains links to many other pages about Iran.
• Islamic Republic of Iran's Presidency Website
This is the official website of the President of Iran. Contains official statements and information from the President.
• U.S. Department of State
• CIA World Factbook
• EIU Country Profiles and Reports

The database has primary documents central to U.S. foreign and military policy since 1945.

This collection consists of the Confidential Print for the countries of the Levant and the Arabian Peninsula, Iran, Turkey, Egypt and Sudan. Beginning with the Egyptian reforms of Muhammad Ali Pasha in the 1830s, the documents trace the events of the following 150 years, including the Middle East Conference of 1921, the mandates for Palestine and Mesopotamia, the partition of Palestine, the 1956 Suez Crisis and post-Suez Western foreign policy, and the Arab-Israeli conflict.

Foreign relations of the United States