Music, like all the arts in the  early Soviet Union, was seen as a mechanism to be used and directed by the state.  On April 23, 1932, the Communist Party issued a decree that abolished all literary and artistic organizations.  On the face of it, this would seem to be a very liberal move, expanding intellectual freedom.  In fact, it was to be a tool used to bring artists and writers in line with the party.  No one was to be exempt.  The very brief decree is reproduced here. It would lead to the formation of the Soviet Writer's Union and later the Soviet Composer's Union. 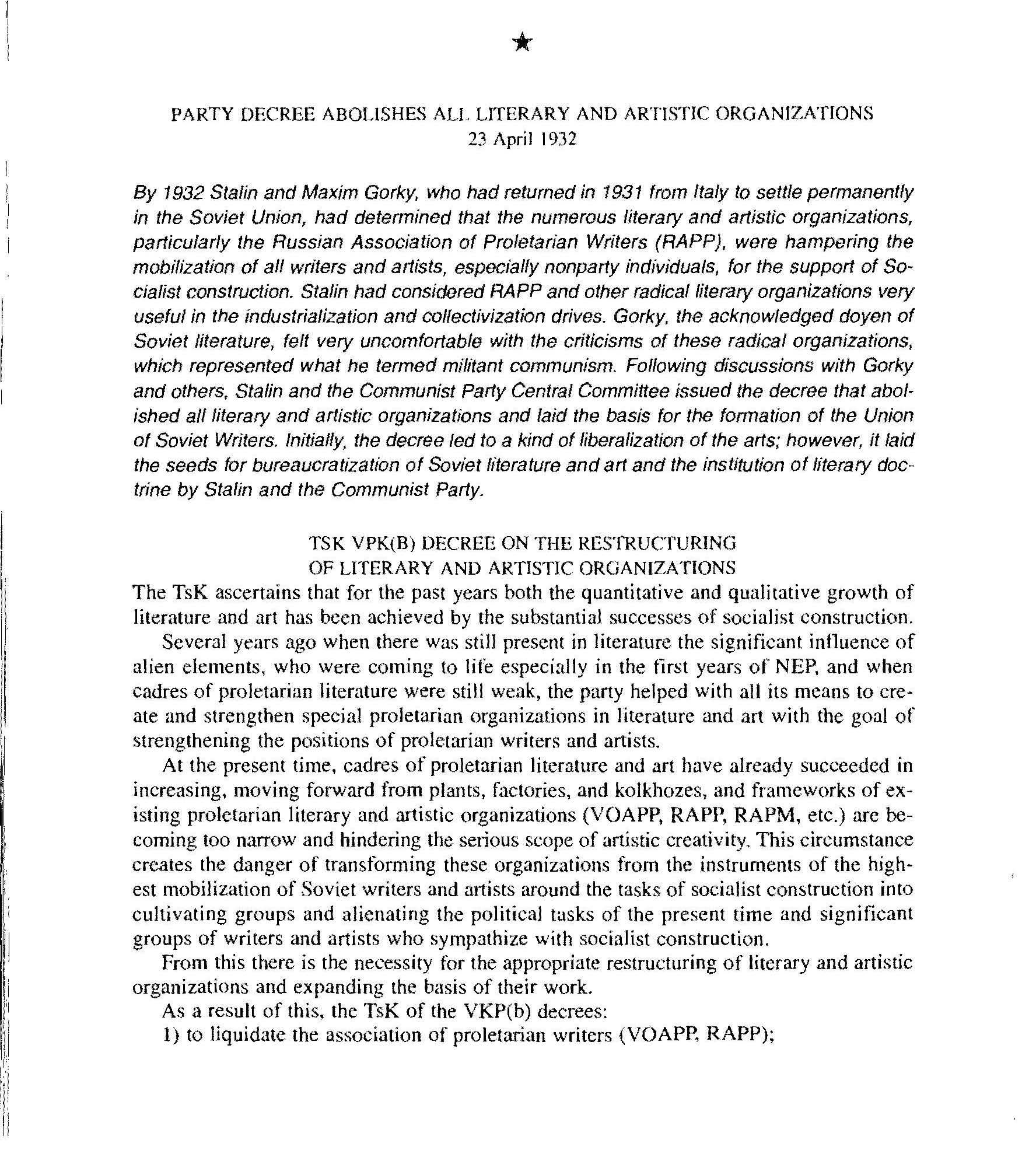