Shostakovich: The Quartets in Context: Music in Stalin's Soviet Union

One of the best starting points when searching for resources on Russian/Soviet music is the bibliographic guide.  The Russians have produced an excellent one, though it is somewhat outdated. Why a guide and not just a specific bibliography on a topic?  Guides will list not just bibliographies, but encyclopedias, archival guides, journals, biographical sources and much more.  It is a quick way to get an overview of the resources available on a topic.

Shostakovich rode out the sometimes schizophrenic reception of his work during the 1930s. At that time, as socialist realism became firmly entrenched his compositions could be well-received for a time and then severely criticized. See the two articles below, both published in Pravda for an example of this.

If you are looking for other sources the boxes in the sidebars should lead you to some of the best Russian music sources available.  There is a great deal on the web as well.  GoogleScholar proved to be especially fruitful when searched in Russian. 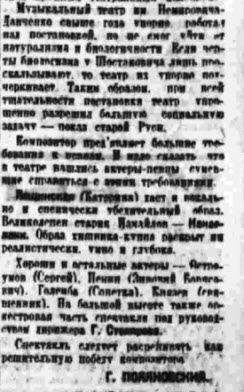 This article appeared in Pravda shortly after the premiere of the opera Ledi Makbet Mtsenskogo or Katerina Izmailova. It is very positive. Congratulating the composer on his work and the challenging roles it creates for the performers.

In early 1936, Stalin attended a performance of the opera, the event described in an article in Time Magazine also in 1936. After that performance a scathing review appeared, also in Pravda. The second review is reproduced below. The two article give a sense of the difficulties facing anyone involved in creative work in the 1930s in the Soviet Union. 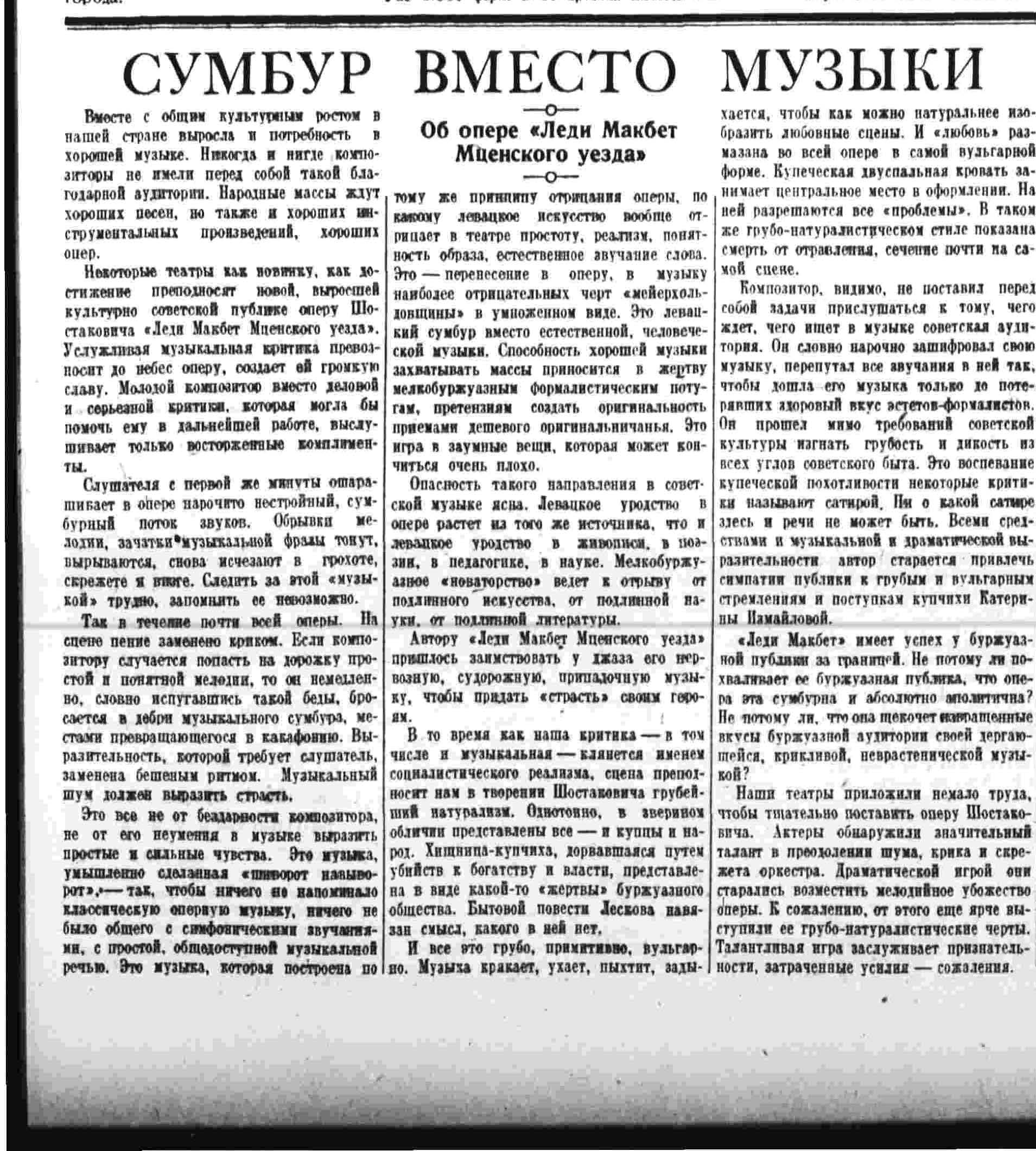