Coverage: This course surveys “the central Middle East” – Egypt, the Fertile Crescent, Arabia, Turkey, and Iran – during the three and a half centuries before the First World War. More than half of the course is devoted to the 19th century and the transformative encounter with modern Europe (“the West”), an encounter that continues to this day. 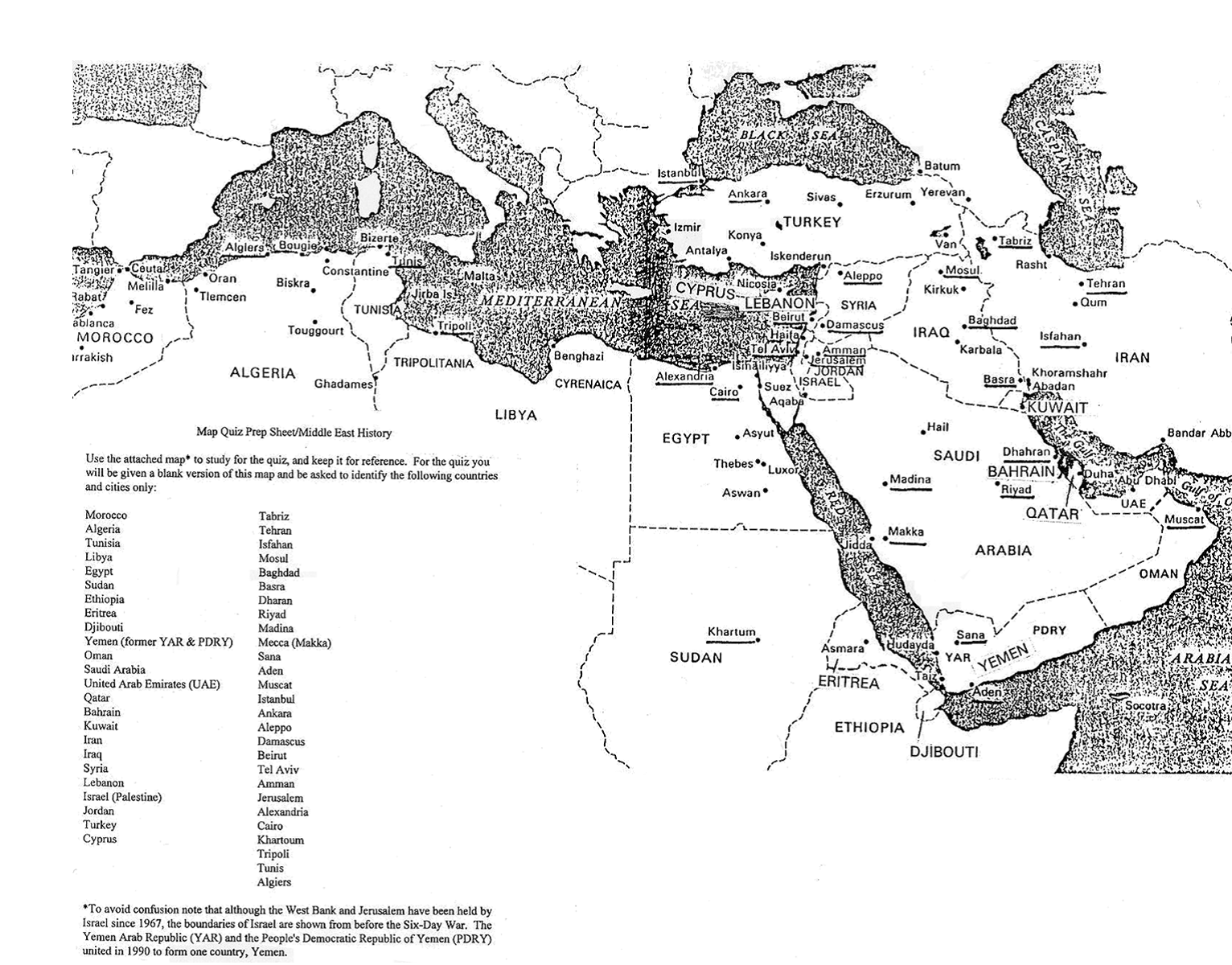