This guide will help users find information about wetlands.

Area of march, fen, peatland or water, whether natural or artificial, permamant or temporary, with water that is static or flowing, fresh, brackish or salt, including areas of marine water the depth of which at low tide does not exceed six meters.

The United States Environmental Agency publication, "What is a Wetland?" provides this definition:

Wetlands are areas where water covers the soil, or is present either at or near the surface of the soil all year or for varying periods of time during the year, including during the growing season. Water saturation (hydrology) largely determines how the soil develops and the types of plant and animal communities living in and on the soil. Wetlands may support both aquatic and terrestrial species. The prolonged presence of water creates conditions that favor the growth of specially adapted plants (hydrophytes) and promote the development of characteristic wetland (hydric) soils.

In the 1780s the area now comprising the continental United States included approximately 392 million acres of wetlands; however drainage efforts that made land available for agriculture, and helped to control the spread of mosquito-borne illnesses resulted in severe losses of wetlands habitat, particaulrly in agricultural states such as Illinois. By 1990, projects of draining swamps and clearing land gradually reduced this number by more than 100 million acres, according to a report (Wetlands Loss Since the Revolution), published by the U.S. Fish and Wildlife Service.

Since the 1970s, laws such as the Federal Clean Water Act (under section 404), have served to protect, and sometimes to restore, these endangered ecosystems, which we now understand are crucial habitats for preserving ecological diversity, for flood control, and for helping to clean and recycle water supplies. Similar efforts to protect and restore wetlands are occurring in many parts of the world, with the help of the 1971 United Nations Ramsar Convention, and its subsequent amendments. 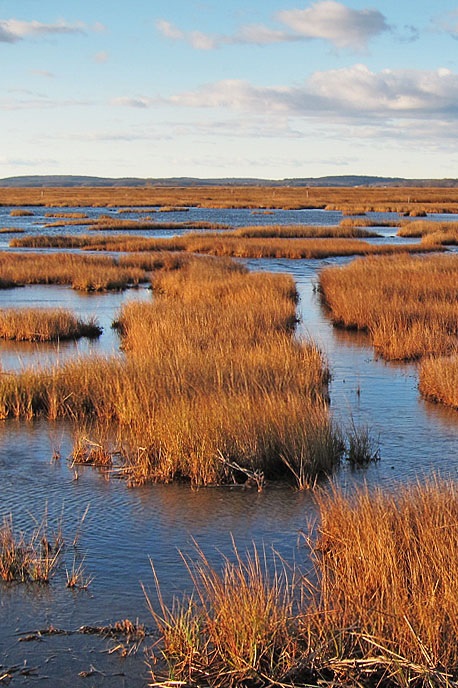 If you have questions about this guide, wetlands, or other natural history or environmental science topics, please contact