This guide provides an overview of researching the life and works of Rabindranath Tagore.

This guide has been designed for scholars who are researching Rabindranath Tagore's life and works. To commemorate Tagore's contribution to education and social progress, UIUC organizes Tagore Festival each year. This LibGuide has been prepared as part of the Tagore Festival 2013, being organized at UIUC in December 2013.

This LibGuide is a curation of Tagore's works as a poet, painter, educator and philosopher. His major works in Bengali and in-translation have been hand-picked for those scholars who would like to introduce themselves to the vast collection of his works, available at UIUC. 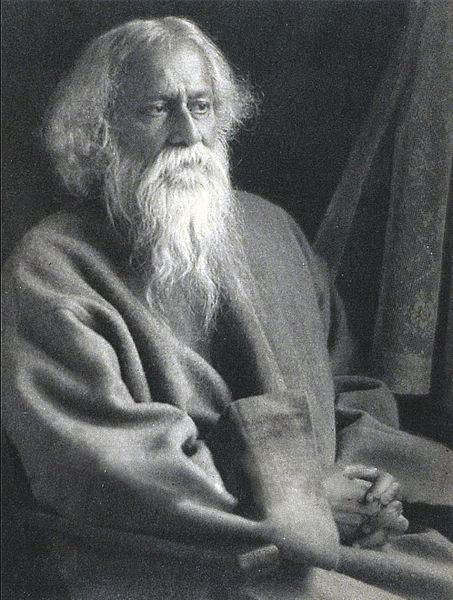 Rabindranath Tagore (7 May 1861 – 7 August 1941) was a poet, artist, educator, philosopher and humanitarian. Even though he often introduced himself as “Āmi Kobi,” or “I’m a poet,” he contributed extensively to various genres of writing, such as novels, short stories, plays, dance-dramas and essays. He also composed roughly 2,230 songs. His writings address a variety of topics. In 1913 he became the first non-European to receive the Nobel Prize for literature. In 1915, he was knighted by the George V, King of the United Kingdom and Emperor of India, but he later renounced the knighthood as a protest against the 1919 Jaliānwala Bāgh massacre. His songs, Jana Gana Mana and Amar Śonar Bangla, later became the national anthems for India and Bangladesh respectively.

This LibGuide has been designed and created by Sonal Mithal Modi, Graduate hourly, International and Area Studies Library.