Documents exhibits at the Music and Performing Arts Library during the 2021-2022 academic year.

Resources in this exhibit feature traditional instruments by the indigenous peoples of Australia, New Zealand, Papua New Guinea and Polynesia.

There are also some examples of modern music from Oceania and traditional music used in modern media.  One of the most notable examples of the latter is in "Goodnight Kiwi"-- a popular sign-off for TVNZ (Television New Zealand).  Animation for this sign-off is underscored by "hine e hine" a traditional Maori lullaby.

Playlists from the MPAL Archives and External Links

Links to related searches in the UIUC Library Catalog

Pictures from the Music of Oceania Exhibit 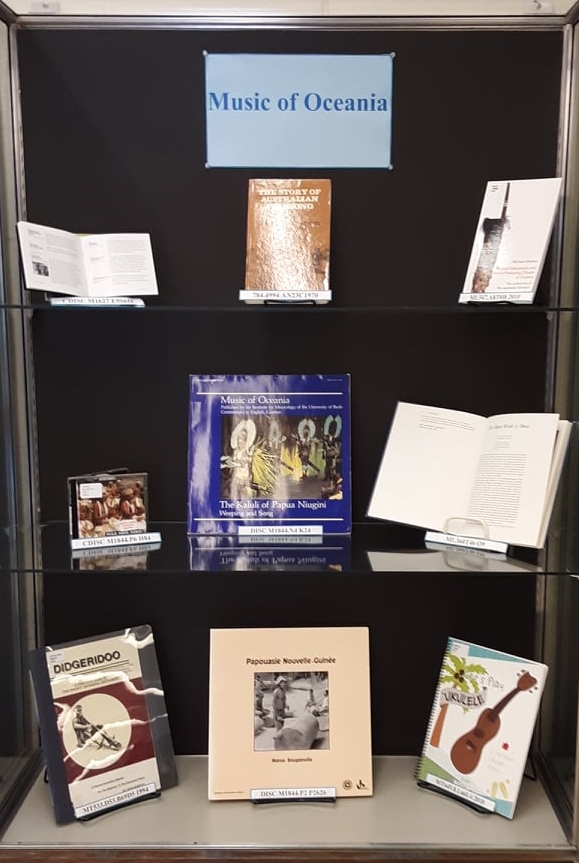 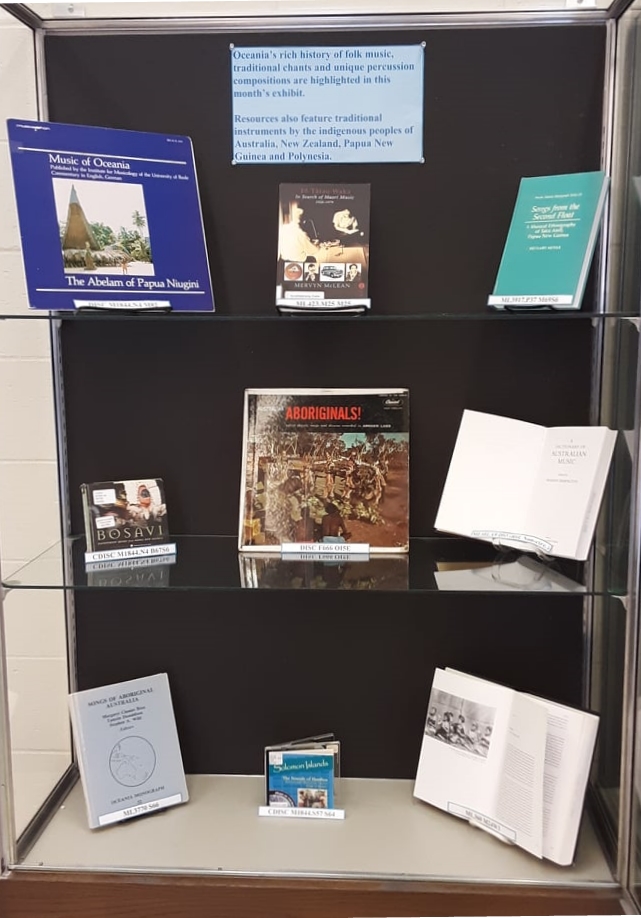 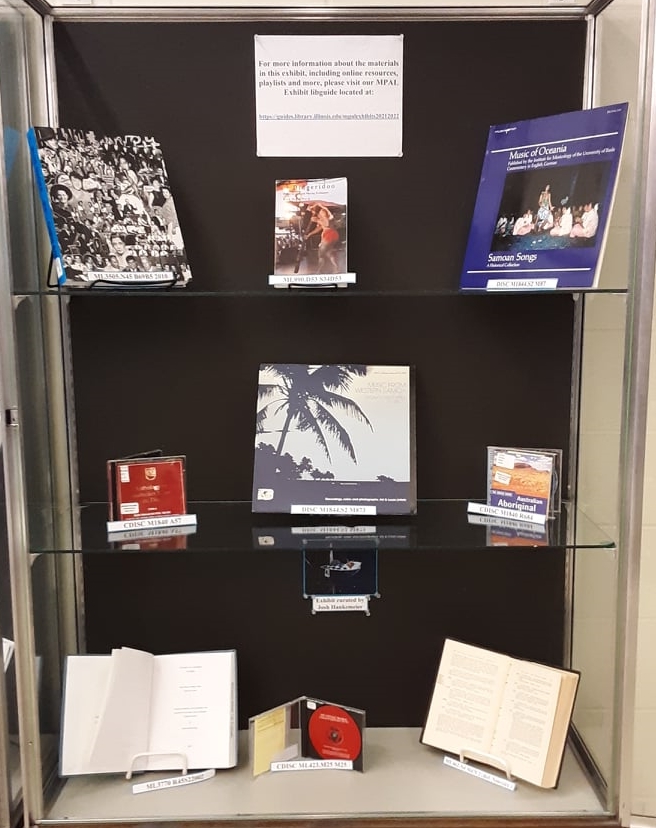 Featured Items in the Exhibit

Call Numbers for all Items in Exhibit