Documents exhibits at the Music and Performing Arts Library during the 2018-2019 academic year.

Leonard Bernstein was one of 20th century's most influential composers.  The score for the Broadway musical "West Side Story" is one of his most famous pieces.  This exhibit spans his versatile career on the month of what would have been his 100th birthday.  The items in this collection include biographies (which explain his musical talents that developed fluently by his bar mitzvah).  These biographies will also introduce patrons to Bernstein the humanitarian.  In reaction to events like the Vietnam War and the assassinations of John F. Kennedy and Martin Luther King, Bernstein was dedicated to creating beauty in his work in the hope to influence peace.

The exhibit includes an array of recordings and performances that reflect his diverse talents as a musician and as a conductor.  Some are well-known and there are some which may be new to patrons.  The exhibit also contains Bernstein's performances aimed at children.  Bernstein's concerts for young people include classical compositions such as "Peter and the Wolf" and "The Sorcerer's Apprentice".  The front case has a sampling of scores from Bernstein's repertoire.  Many more of Bernstein's works can be found upstairs at MPAL in Special Collections.

Pictures from the Leonard Bernstein Exhibit 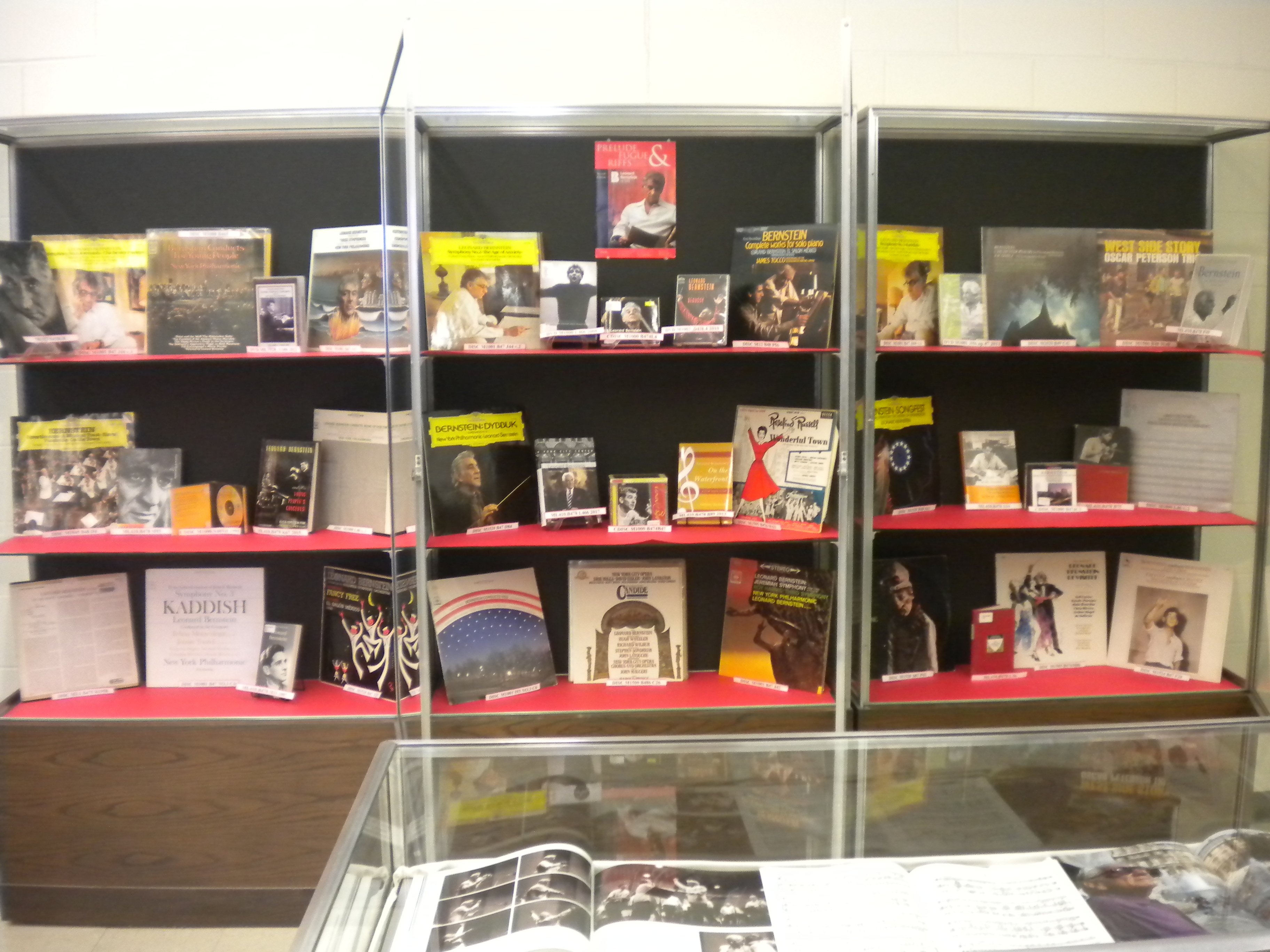 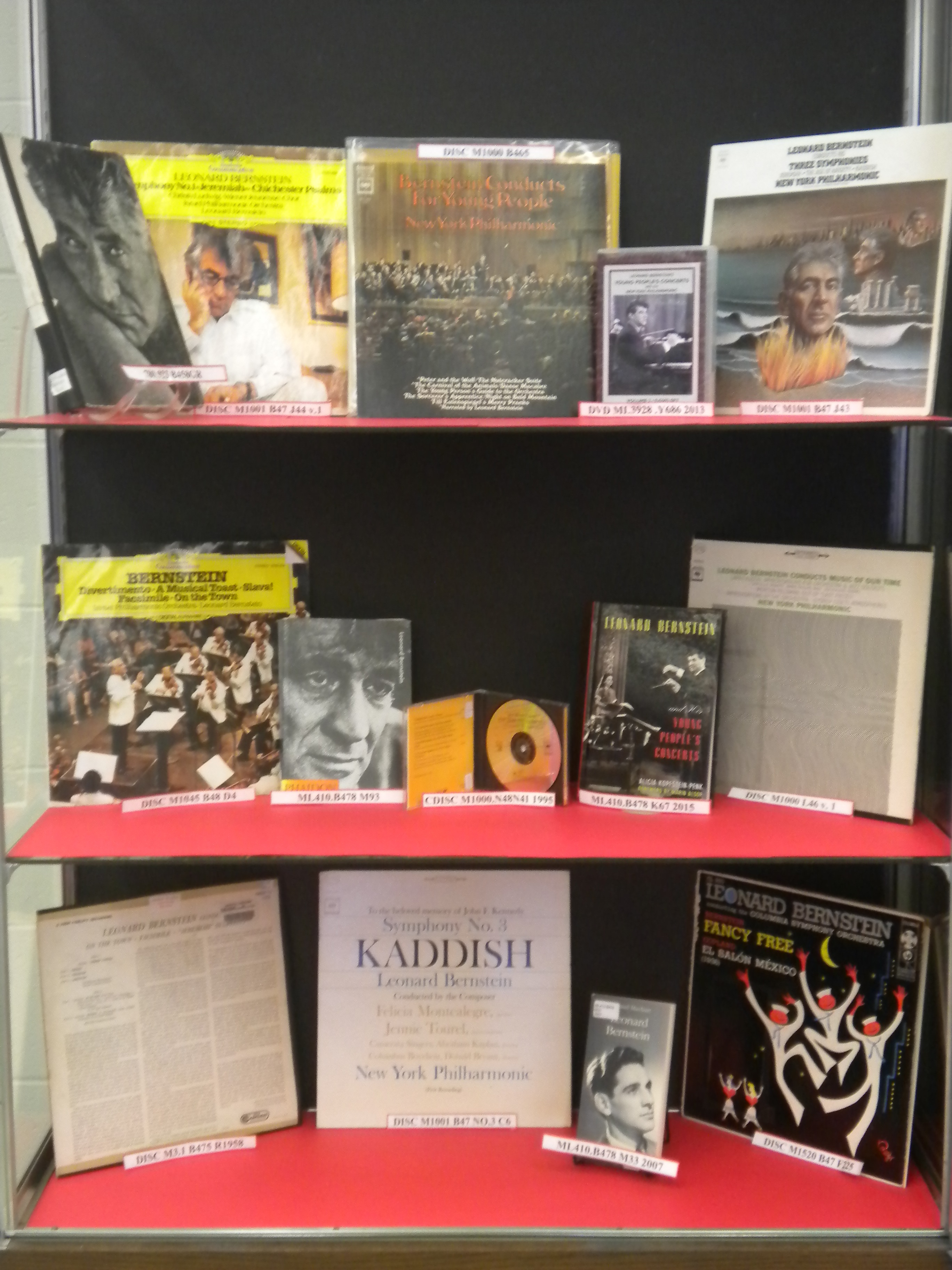 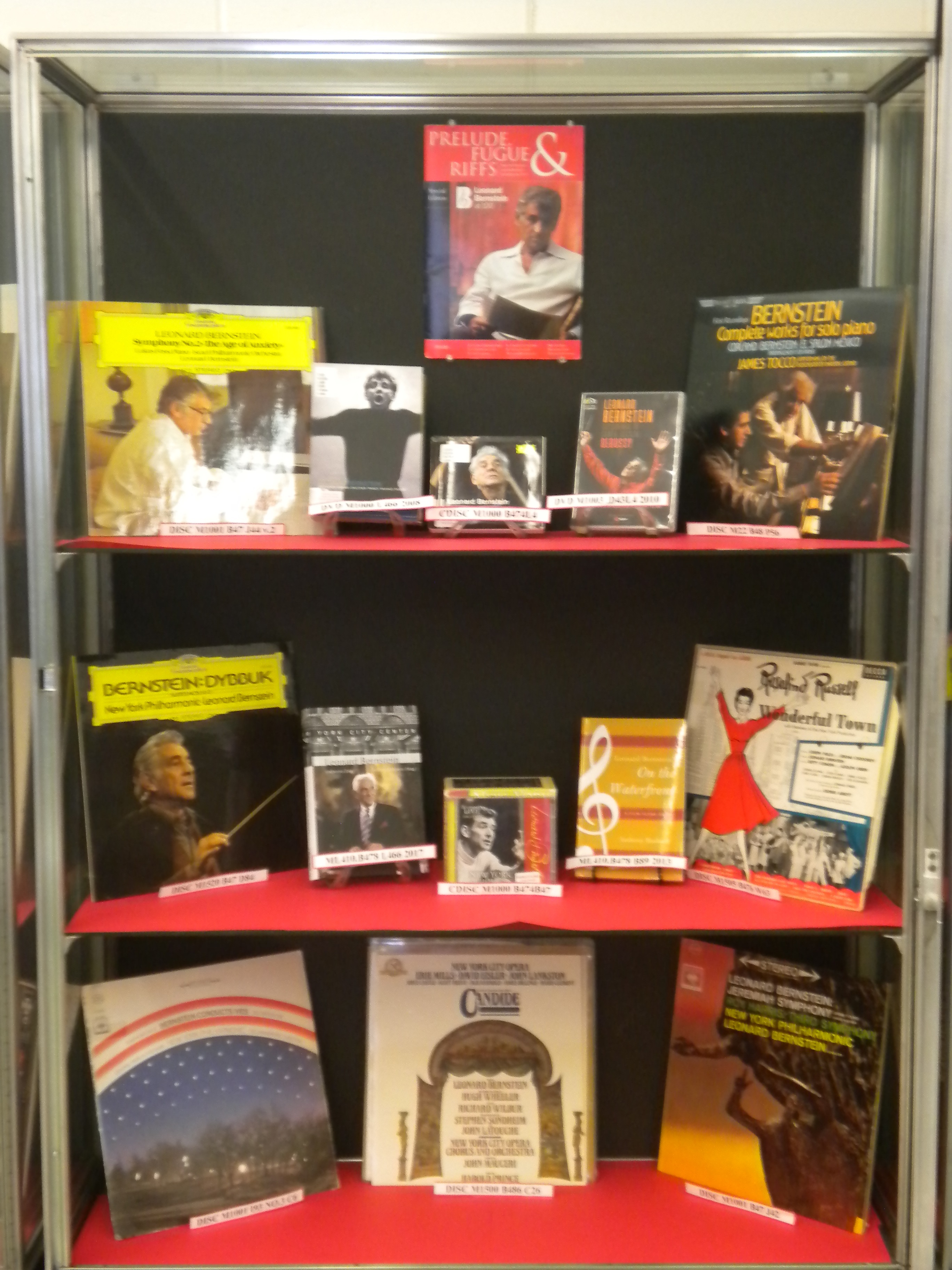 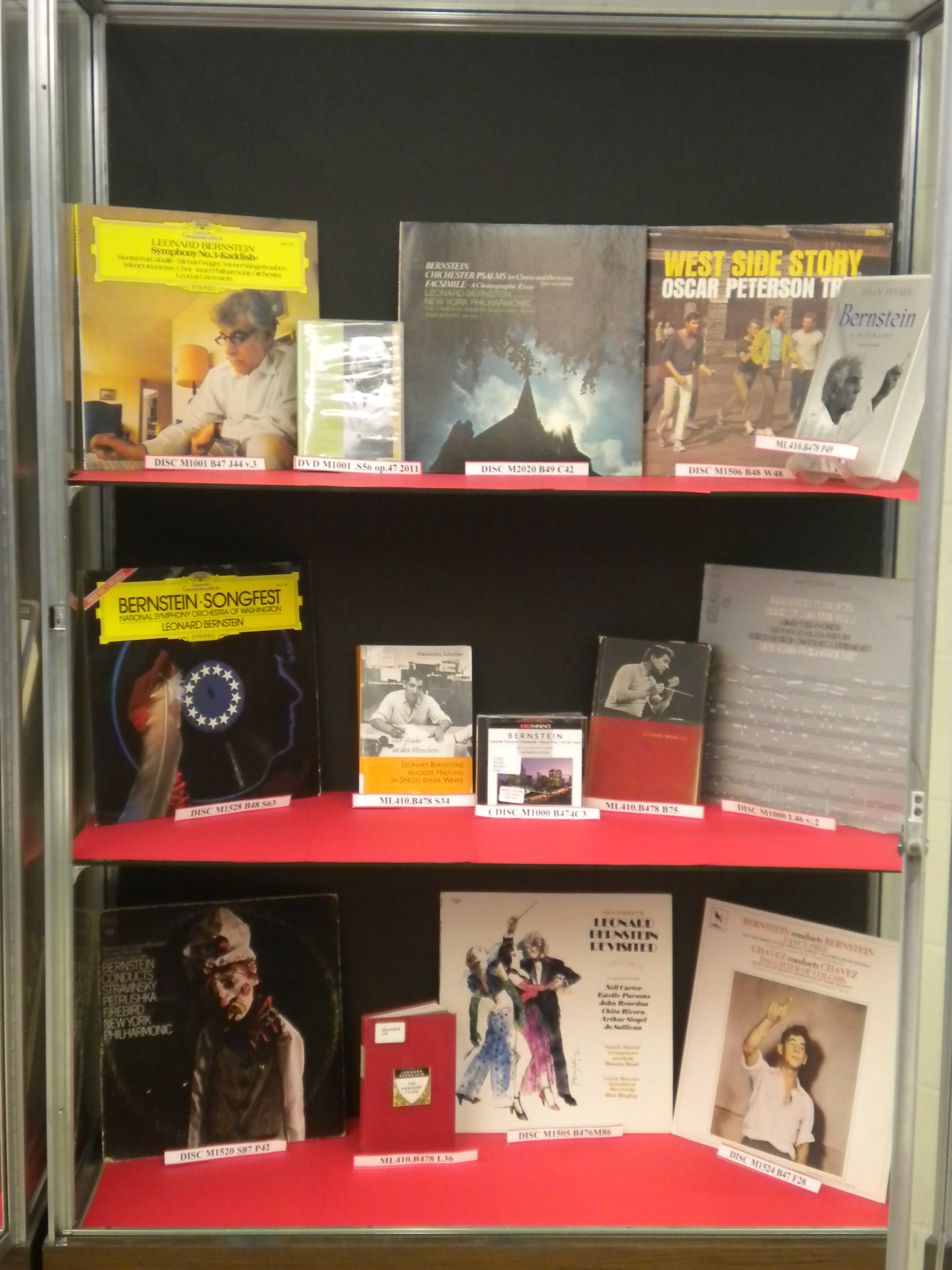 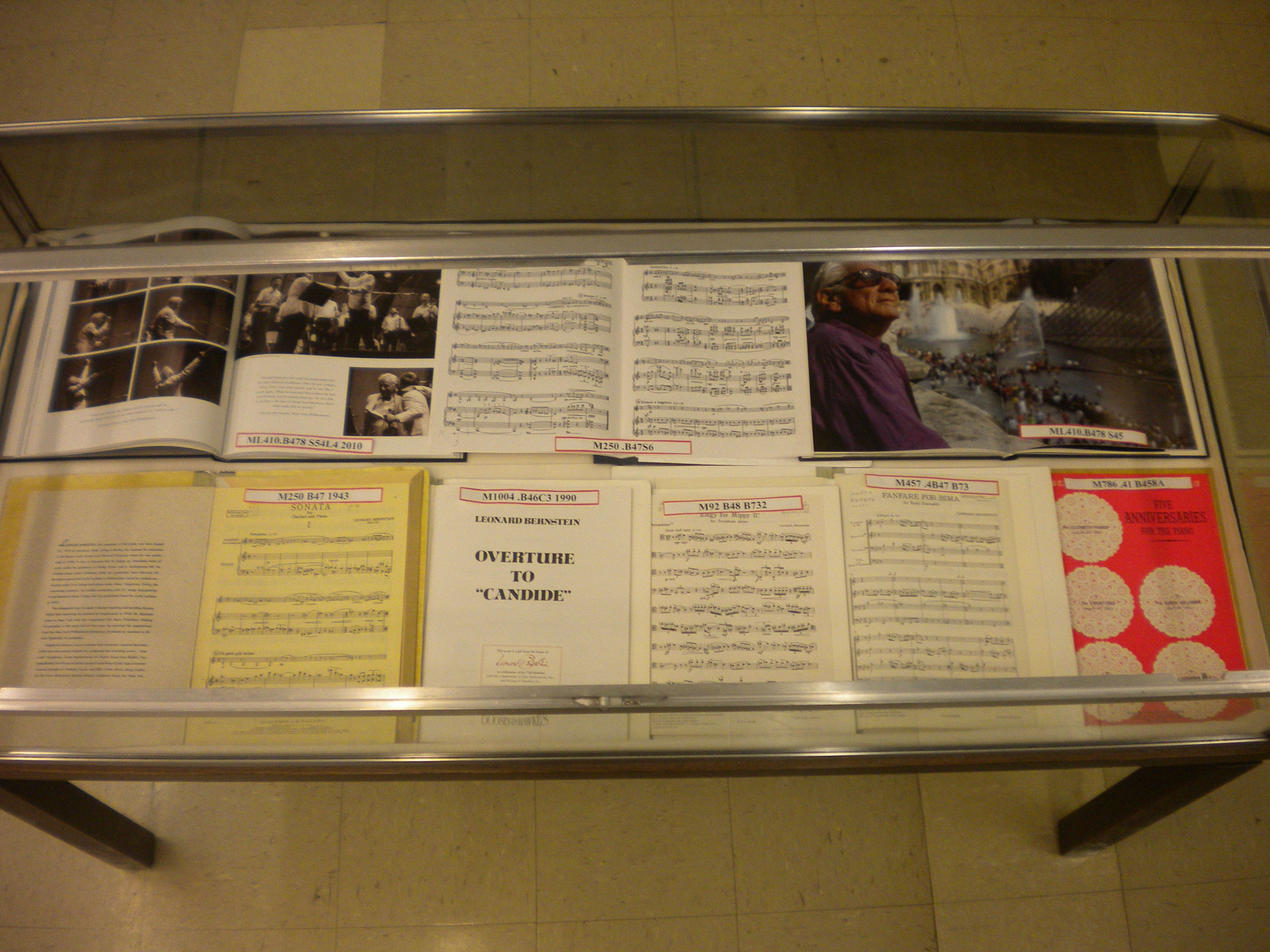