Resources for scholars beginning their careers in the various disciplines and subjects that make up Russian, East European, and Eurasian Studies. 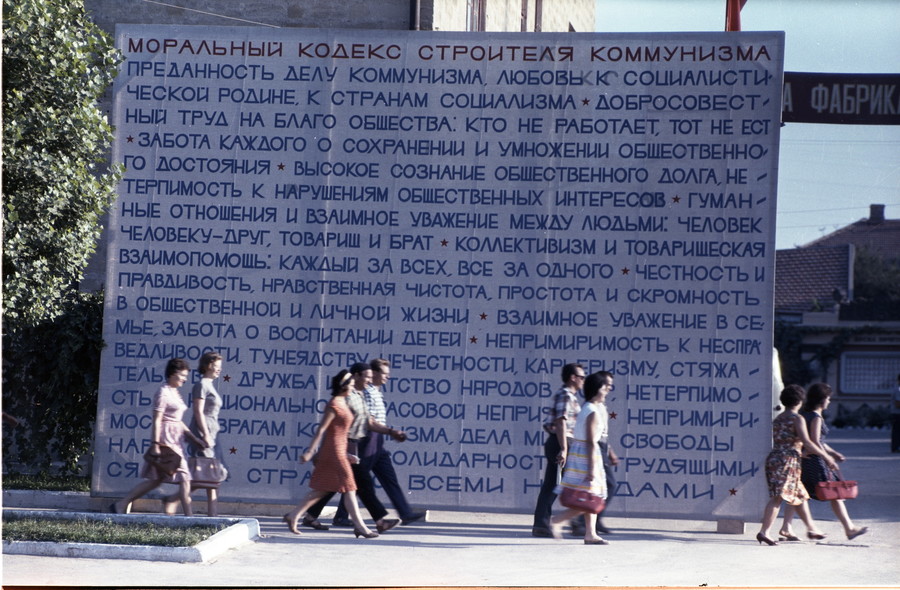 Networking is an integral part of academic life, and something that doctoral students should get used to from the beginning. That said, the process can actually be enjoyable when one takes a certain perspective - instead of networking, think of it as hanging out and meeting interesting people. And luckily, there are many resources available that make the process easier. One can find numerous scholarly associations pertaining to the field, which give students and other scholars access to journals, national conferences, and a broad network of fellow scholars with whom they can collaborate on conference panels, articles, and other projects. There are also a fair number of regional conferences that enable graduate students to meet their peers in a more low-key environment, as well as graduate student conferences which are organized by grad students for grad students.

Joining one of the larger associations usually involves an annual membership fee, which then gives scholars access to the numerous networking tools associated with each association. Such tools include scholarly publications first and foremost, but also online blogs, message boards, listservs, and the ability to partake in large national conferences.

ASEEES: The Association for Slavic, East European, and Eurasian Studies is perhaps the broadest and largest of all associations pertaining to this region. It’s through ASEEES that the leading journal Slavic Review in published. The other main outlet for ASEEES is its annual convention, usually held at the end of November or the beginning of December in a different city every year. (Although, the same cities seem to rotate.) This conference is the largest interdisciplinary conference pertaining to our region of study. But in addition to these main points, membership in ASEEES offers scholars, especially grad students, various forms of funding, including the Cohen-Tucker research fellowship which is mentioned in the Funding section. There is also a summer research grant that doctoral students may apply for, which enables them to spend a few weeks conducting research in Russia. ASEEES also offers a conference travel grant competition for grad students, where they may receive up to $500. Members also have access to ASEEES Commons, an online message center which allows scholars to communicate with each other in order to set up panels for the annual convention, check job listings, and simply discuss. Recently, ASEEES has implemented a mentoring program, where grad students and early career scholars can connect with scholars who are more advanced in their careers. There’s also been a series of webinars offered to help scholars through different aspects of their careers.

AATSEEL: The American Association of Teachers of Slavic and East European Languages is another prominent national association. They publish the Slavic and East European Journal, also known as SEEJ. In addition, they also hold an annual conference, usually in late January or early February, in a different city every year. The scope of study for AATSEEL members is somewhat narrower, since it usually focuses more on the study of philology, mainly literature and language, but also film, theater, and art. Nonetheless, the annual conference offers a somewhat less overwhelming opportunity for young scholars to present their research and to meet with other scholars in the field.

SOYUZ: Soyuz, also known as Soyuz: The Research Network for Post-Socialist Studies, is an offshoot of the American Anthropological Association. While this network mostly focuses on the social sciences, especially anthropology and sociology, it is an excellent networking resource for all scholars interested in post-socialist studies throughout the region. They conduct an annual symposium during the spring in a different location every year. They also maintain a listserv/blog which allows members to interact and share research, set up panels, and discuss. Due to the more informal set-up of Soyuz, membership is free.

AWSS: The Association for Women in Slavic Studies is affiliated with both ASEEES and the Coordinating Council for Women in History. The emphasis is on the study of women and gender in Central and Eastern Europe, Russia, and Eurasia, as well as serving as a platform for those concerned with the problems, status, and achievements of women in academia and related professions. Becoming a member includes a subscription to the newsletter, as well as access to the listserv. The association supports graduate research, and endeavors to provide conference travel grants to students.

MLA: The Modern Language Association of America is the broadest of all philological associations, touching upon all languages and eras. It holds an annual convention and publishes a scholarly journal, the MLA International. (In the past, the AATSEEL convention has usually been held at the same time and place as the MLA convention.) 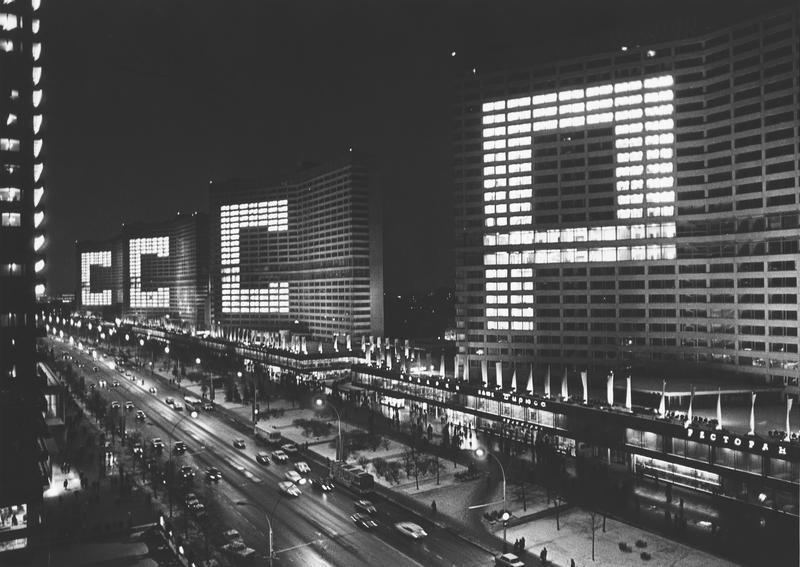 In addition to the large annual conventions held by the aforementioned associations, there are many smaller, regional conferences that offer graduate students the opportunity to present their work among their peers. Not only are these conferences less overwhelming, but students may often find that the pressure is less severe. We recommend that students practice by attending these or similar conferences before submitting a panel or a paper to the larger national conventions. 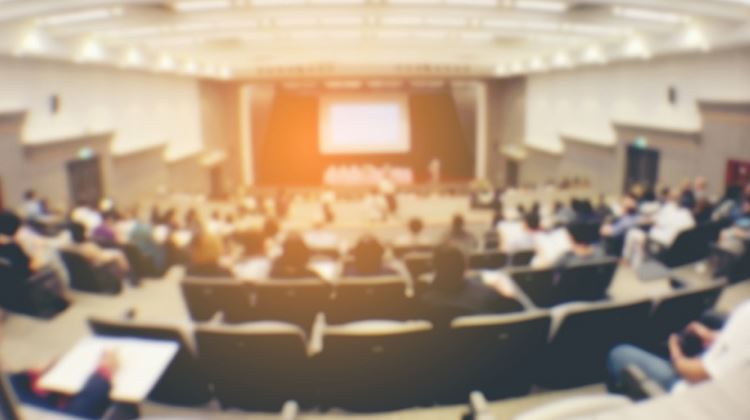 Midwest Slavic Conference: Held annually in early spring on the campus of Ohio State University in Columbus this conference is affiliated with ASEEES. The majority of participants are graduate students, but professors and advanced undergrads also participate. Aside from the professionalism that this conference exhibits, it also has the added perk of offering free rooms to out of town grad and undergrad participants on a first-come first-serve basis.

Central Slavic Conference: This conference is put together by Saint Louis University and usually held in October or early autumn in St. Louis, Missouri. It’s also affiliated with ASEEES. It’s usually held at a hotel, and participants are encouraged to check out rooms at the location.

Southern Conference in Slavic Studies: Also affiliated with ASEEES, this conference is held in early spring on an annual basis in a different city in the southeastern United States. The format is similar to the aforementioned conferences, aside from the fact that the host city changes every year.

Northeastern Slavic, east European, and Eurasian Conference: Another regional conference affiliated with ASEEES, this conference is held annually in early spring at the NYU Jordan Center for the Advanced Study of Russia. Similar in format to the above conferences, both graduate students and seasoned scholars are encouraged to participate. 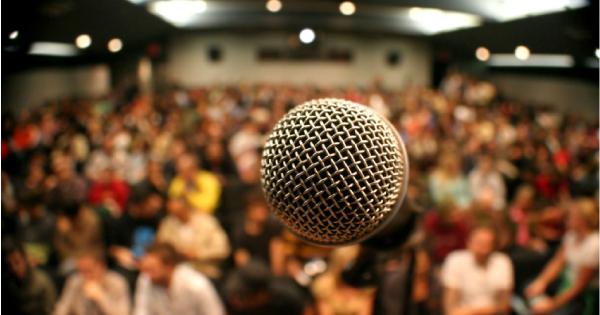 Aside from these conferences which are affiliated with ASEEES, there are numerous other grad student conferences hosted by individual universities that can serve as a springboard for doctoral students to get used to presenting their research in a public setting. For example, Yale, Columbia, and us here at UIUC have been known to put together such conferences in the past. Calls for papers (CFPs) are usually sent out two to three months in advance throughout the listservs, especially SEELANGS.

Lists and Other Community Resources

Membership in some of these associations gives scholars the opportunity to get in touch with and communicate with other scholars whose interests intersect with their own. But besides scholarly associations, there are numerous other ways to get in touch with other people in our field. One such way is through email lists, or listservs. Of course, with the rise in social media, there are copious Facebook groups that specifically focus on this region of study, which allows scholars to interact in a more informal way. What we've included here is just a sample. 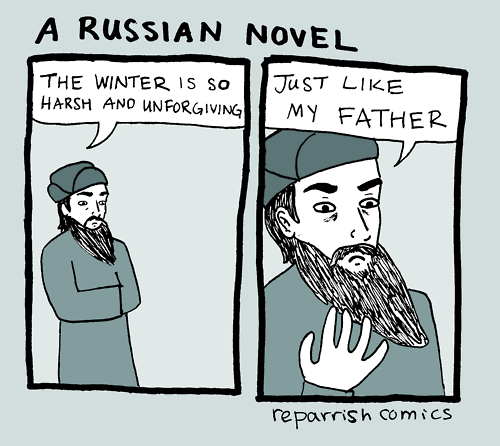 SEELANGS: The Slavic and East European Languages and Literatures List, known everywhere as SEELANGS, is the broadest, most well-known, and perhaps also oldest listserv within the community of scholars that studies our region. Upon joining the listserv, scholars can decide which way they prefer to receive messages, either as individual messages, a digest, or an index. One will encounter many different types of posts to the list, from research inquiries and travel questions, to CFPs for panels and conferences, to funding opportunities, and even job postings. As often happens in academia, the usefulness and efficiency of SEELANGS is continuously debated, yet it nonetheless continues to offer an indispensable resource for getting in touch with other scholars and keeping abreast in the world of Slavic Studies.

Teaching Russian and European History: This Facebook group is an excellent resource for teachers and scholars to exchange materials and ideas on teaching Russian history, literature, and other aspects of culture. It often serves as a center of general discussion.