Readers offer mini-lessons in grammar and vocabulary before and after each reading and thus are a great way to improve reading skills. The Literatures and Languages Library has a collection. Here are some selections. Libri Vox -- Public domain books from the US that are available to download. There are many different languages available, not just Spanish.

AlbaLearning -- This website also has the books in files you can download to read along as you listen. It also includes learning tools to help you learn Spanish.

Vanidades-- One of the most popular women's magazine in Spanish reading communities. This magazines helps women keep up with all the trends. It has a lot of pictures and is easy to read.

Siempre Mujer -- Another women's magazine that is published in the United States and also circulates in other countries. Its mission is to inform and motivate by helping keep traditions alive while adapting to life in this country. It is easy to read, and has a lot of pictures.

123TeachMe -- Over 200 reading comprehension passages with quizzes at the end to test your knowledge with difficulty levels including novice, intermediate, advanced and superior. These difficulty levels then have their own sublevels.

Cuentos de Andersen -- Hans Christian Andersen's stories in both English (among other languages) and Spanish side by side for easy comparison.

Cuentos de Grimm -- The Brother's Grimm stories in both English (among other languages) and Spanish side by side for easy comparison.

Centro Virtual Cervantes -- A website dedicated for information on Iberian and Latin American culture and language.

Finding books in the catalog: 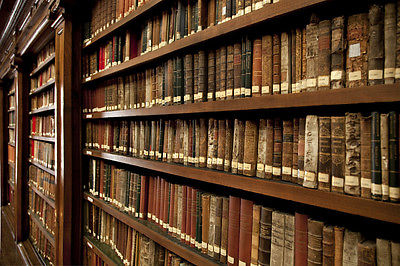 There are many books in the library, and one could help you practice your Spanish!

Revista de Turismo, Viajes y Vacaciones-- An online magazine covering a wide range of topics, focusing the most on vacationing and traveling.

Muy interesante -- National and international news given in a clear format. There is a section for interviews, and women.

Vanidades-- A women's magazine from Spain that covers a variety of topics.

El País -- As one of the most prestigious Spanish newspapers, it is known for its national and international political information. There will also be articles on the economy, culture and other social aspects.

20 minutos -- Widely read free newspaper in Spain, with each province publishing its own version. General information is given in a concise and clear way.

Infobae -- This newspaper offers two versions, one centered in South America and the other in Argentina. Social events, interesting interviews, sports and politics are covered in this newspaper.

La Tercera -- Newspaper that focuses on society and politics. Insightful political interviews can be found in this newspaper too.

El Universal -- Broadly read newspaper, it discusses all news. The big headlines provide general ideas about all of the topics they cover.

La Jornada -- This newspaper has both national and international news, and it offers easy to read articles that have many pictures as well as high-quality videos.

El Diario de Yucatan -- Well laid out newspaper that makes it easy to see and select what to read. It includes pieces on different topics and many articles on Mayan culture.

El Espectador -- Focuses on national news, and has a very neat design on its pages. All of the news is separated by topic.

Diario Extra -- Varied newspaper that carries national and international news, though it tends to focus more on national news.

El Nuevo Dia -- This newspaper has national and international news, though its top articles are local news and events.

Últimas Noticias -- The front page is the politics section, and you are able to tab over to other sections including one which is international news. The layout is very clean, not overwhelming and easy to read.

Online Newspapers.com -- Thousands of newspapers that can be searched by country or region.
UT-LANIC -- This page contains many websites highlighting news and newspapers from different Latin places that are still being up to date, even though the page is not.

Boletín de la Real Academia Española -- Scientific journal that covers topics in linguistics, and literary themes alongside academic news. Open access to the journal except for the past year and current year.

Biblioteca Virtual de Prensa Histórica -- Gives access to newspapers since the end of the 18th century.

Zona Latina -- Has many resources, although some of the websites listed are not up to date.

Palabra Virtual-Antología de Poesia Iberoamericana -- Huge collection of works from some of the best poets from Latin American and Spain. The poems are in Spanish and some even include audio recordings.

Instituto Cervantes -- Literary magazine that provides information on events related to the Spanish language and its literature. Cultural news alongside the Instituto Cervantes' schedule of meetings and courses offered is given.

Ciberayllu -- A collection of reviews and articles that discusses texts, works and essays about as well as written by Peruvian writers and other Spanish-speaking authors.

Literatura Mexicana -- Biannual open access publication that offers articles, texts and documents, and reviews. Its mission is to diffuse understanding of the Mexican literary culture in its distinct epochs, and it looks to create connections of intellectual exchange with the publication of works by diverse writers.