Provided by Alexander Street: This database provides online access to documentaries produced about Latin America and the Caribbean. You can search by country or by specific title. Access is provided to the campus community only. 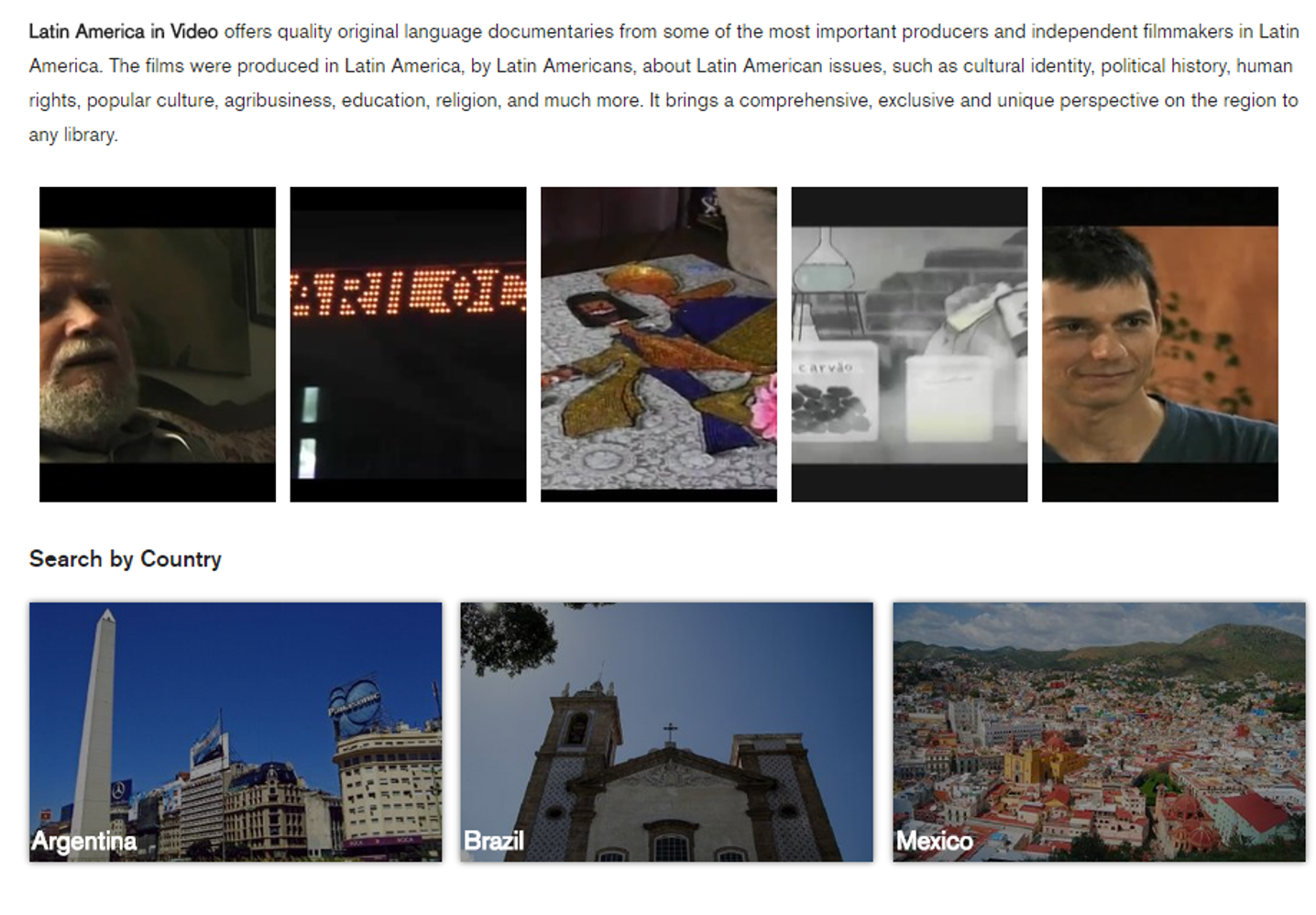 Search for hundreds of films from different genres, including documentary and fiction. This database includes a section of "Latin American Studies" in Global Studies & Languages. You can also use the countries or regions as search terms. Access is provided to the campus community only. 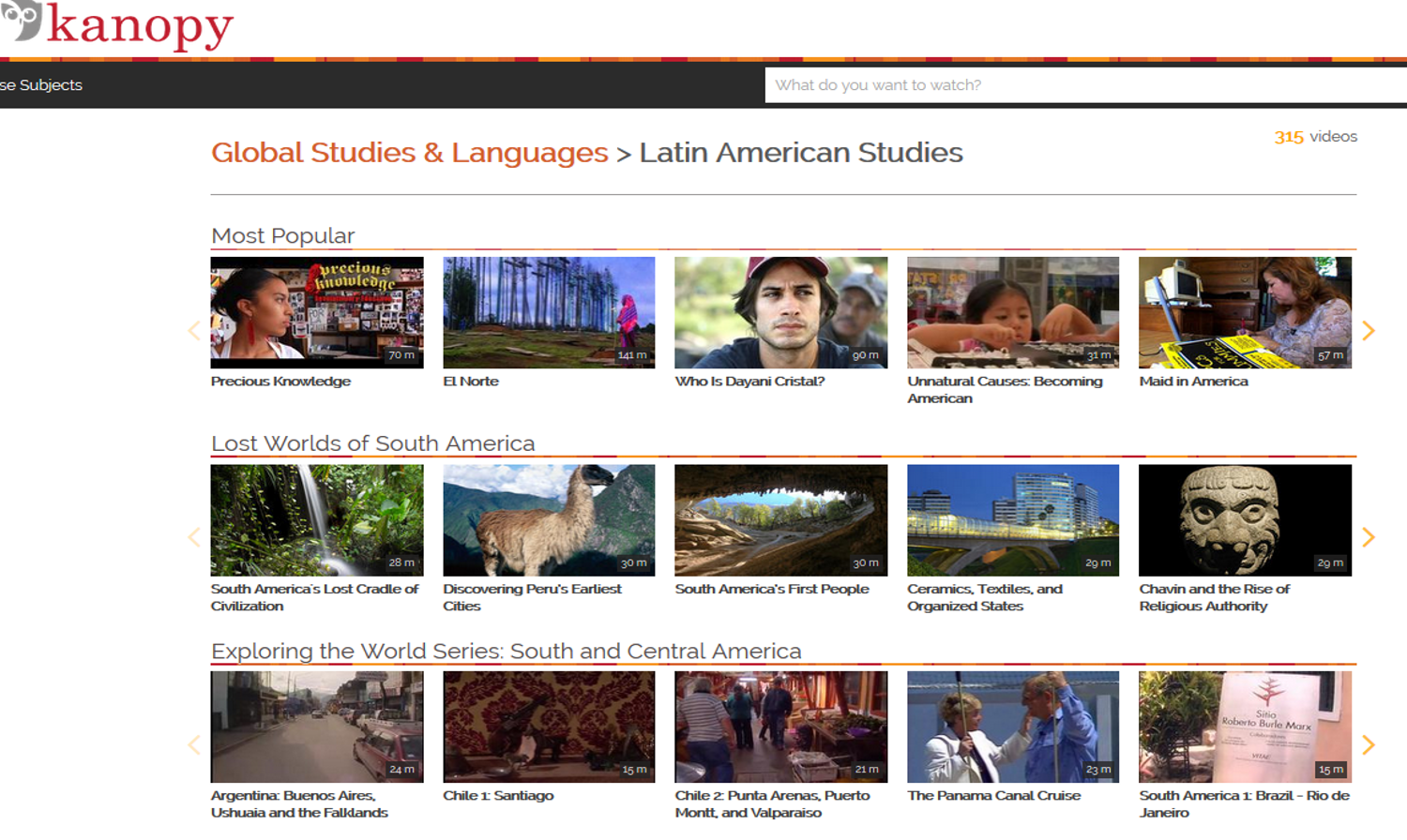 Urbana-Champaign: This festival has been organized annually by the University of Illinois Center for Latin American and Caribbean Studies (CLACS) since 2010.  From the 30 to 35 films received each year, six to eight are selected for screening. CLACS currently has a small collection of the films that have been screened throughout the festival's history. For more information, contact Dr. Angelina Cotler, Associate Director CLACS, who organizes of this film festival and read more on the Glocal Notes blog. 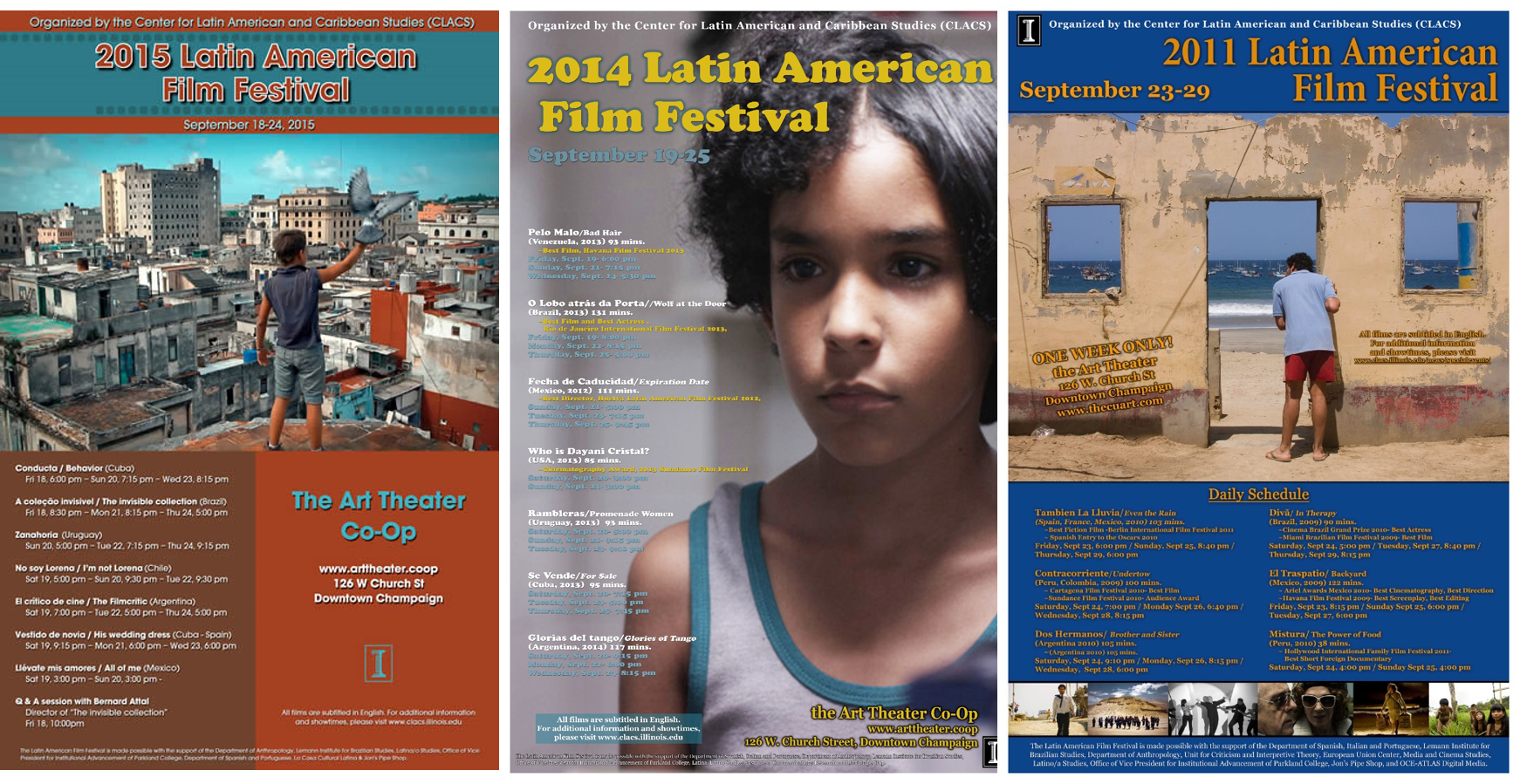 Brazilian Telenovelas Collection: Acquired in 2013, these 25 Brazilian telenovelas were produced between 1970 and 2013, with a majority of them being from the early to mid-2000s. Topics covered include love, class relations, race, slavery, o sertão, country life, urban life, modernization, military dictatorship, and comedy, among others. Plots cover periods from colonial times to the present. Most of the telenovelas (soap operas) are in color, yet a few are in black and white. The majority are in Portuguese without subtitles, yet some have subtitles in Spanish, English, French, or Portuguese. See the complete list with descriptions and call numbers of the Telenovelas Collection below.

Brazil newspapers at NewsBank: Search some of the most prominent Brazilian newspapers' recent issues at NewsBank  and historical publications at NewsBankArchives. This newspaper database is available to the entire campus community by subscription through the University of Illinois Library.

Library Materials about  Brazilian radio in the Library Catalog

Library Materials about  Brazilian television in the Library Catalog.

Bibliographies and Research Material about Brazil

Bibliographies available at the Library