Afghanistan has produced some very interesting and moving films in the last decade, and several of them can be found online.  On the website VICDIR you can find lists of movies from many countries in their languages, including four Dari movies, with links to view them on Google. 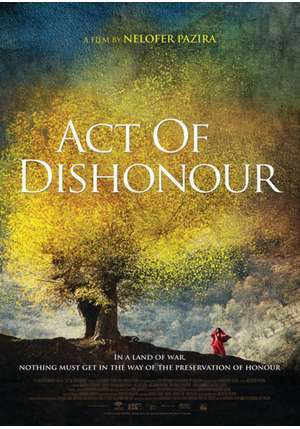 In a land beset by endless strife, nothing must get in the way of the preservation of honour - even if that means sacrificing a loved one. Mena, a young, beautiful bride-to-be, lives in a small, remote village in northern Afghanistan, a harsh landscape that still shimmers with breathtaking colours. Respecting the deeply conservative local customs, she and her fiance, Rahmat, have little contact yet cherish a special bond. The arrival of a Canadian film crew briefly opens a window on a new world for Mena, a foray beyond the boundaries of convention that leads her inexorably down a dangerous road. Directed by Nelofer Pazira, the star of Mohsen Makhmalbaf's acclaimed Kandahar and co-director of the documentary Return to Kandahar, Act of Dishonour is a compelling drama in which East and West, love and honour, modernity and custom collide with tragic consequences. In this rich microcosm of a fractured society...

"Baran" (Rain): Drama; In a building site in present-day Tehran, Lateef, a 17-year-old Kurdish worker is irresistibly drawn to Rahmat, a young Afghan worker. The revelation of Rahmat's secret changes both their lives.  -IMDb

To see the entire movie, please follow this link: http://mobistreamgr.com/bigg/?movie=0233841&watch=Baran_Full_Movie_2001