'What does "Chai Wai" mean?' you're asking yourself.

Fear not, wise traveler! We have answers!

Chai Wai is Hindi for "tea or something like that" and is the name of our event series at the International and Area Studies Library at UIUC. Chai Wai events give the campus community an opportunity for enlightened conversation on important global issues. This conversation will be informed and guided by a moderator and 4 experts in the issues at hand.

Come bring your own thoughts, questions and ideas and enjoy free tea and refreshments on Wednesday, January 25th at 2pm! 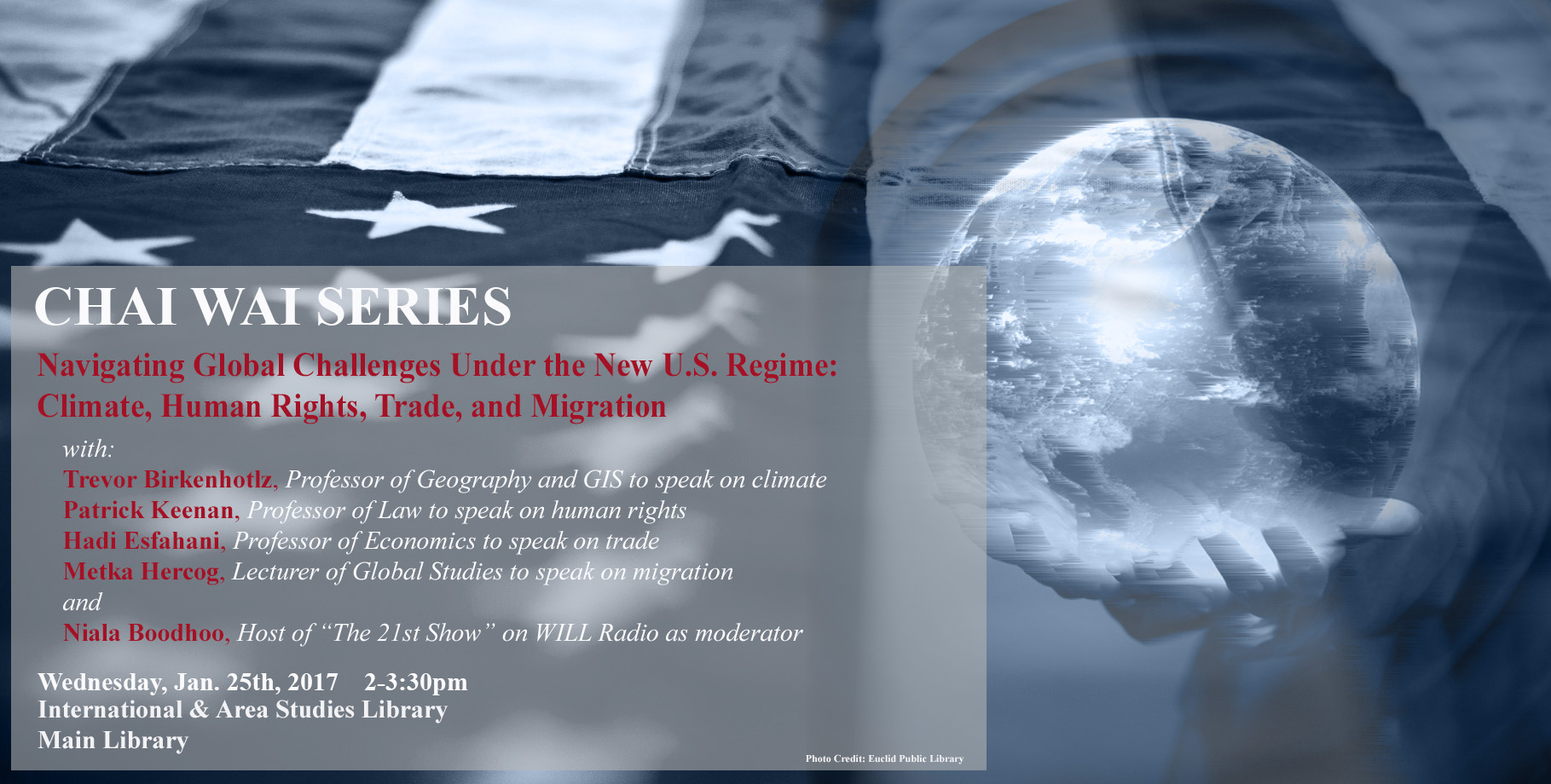 For our first Chai Wai event of the Spring 2017 semester, we will explore global challenges under the new U.S. administration with a panel that includes seasoned scholars discussing climate issues and the Paris Accords, human rights, trade, and issues of migration.

The 45th President of the United State has appointed a cabinet that consists of: an oil executive as Secretary of State; a fast food giant CEO to head the Department of Labor; and a Texas governor who wanted to dismantle the Department to Energy to head it.
Donald Trump won the election by talking about building a wall to keep out Mexicans and repeatedly vowed to stop “terrorists” disguised as refugees from coming into the United States. A year and a half ago, he said he would "absolutely" require Muslims to register in a database.  Mr. Trump’s methods of communication and governing style represent a break from the regular patterns followed by American Presidents and politics.  This new regiment represents a new style of government within the US and thus a completely new regime.
What does this new administration - the policies they’ve proposed - and the people they are bringing in - mean, when we talk about human rights, migration, trade and climate change?
This libguide provides resources regarding past policy actions and views held within the US Government, intergovernmental organizations, and non-governmental organization on global issues that may be impacted as a result of actions taken by the Trump Administration.  These resources provide a point of comparison and analysis to help students and scholars assess and evaluate the impact of the Trump Presidency on these important global issues.

Niala Boodhoo, Host of “The 21st Show” on WILL Radio as moderator 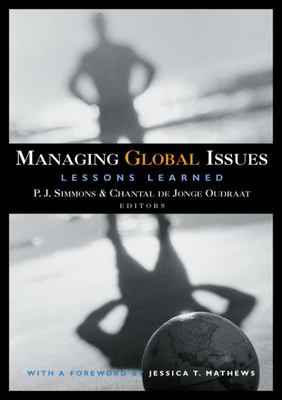 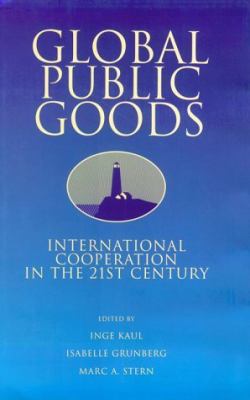 This collection of papers offers a new rationale and framework for international development cooperation. Its main argument is that in actual practice, development cooperation has already moved beyond aid (i.e. assistance to poor countries) and onto issues such as the ozone hole, global climate change, HIV, drug trafficking, and financial volatility. Contributors include Amartya K. Sen, the 1998 Nobel Laureate in Economics, Barry Eichengreen of the International Monetary Fund, Ruben Mendez of the United Nations and Yale University, and many others.

The book develops globalization as the emergence of a global society; presents a theory of governance predicable of all human societies, revolving around competing Order, Welfare, and Legitimacy (OWL) imperatives; and identifies fundamental flaws in the democratic solutions to global governance. To ensure that the democratic promise survives and thrives, the volume calls for fundamental reforms of the democratic project as prerequisites to deter and defeat formidable anti-democratic adversaries: authoritarian states, religiously informed regimes opposed to open societies; nihilistic social movements; self-styled terrorists, and vast transnational criminal networks.