One Medicine, One Health: Home

A resource guide focusing on the interconnected health of people, animals, and ecosystems.

One Health in Illinois

Illinois Center for One Medicine, One Health (ICOMOH)

Center for One Health Illinois

One World, One Health Introduction

William Karesh, D.V.M., head of the the Field Veterinary Program (FVP) of the Wildlife Conservation Society.

What is the One Health Initiative?

The One Health concept is a worldwide strategy for expanding interdisciplinary collaborations and communications in all aspects of health care for humans and animals. The synergism achieved will advance health care for the 21st century and beyond by accelerating biomedical research discoveries, enhancing public health efficacy, expeditiously expanding the scientific knowledge base, and improving medical education and clinical care. When properly implemented, it will help protect and save untold millions of lives in our present and future generations.

For more about the one health initiative see:

From The Univeristy of Illinois College of Veterinary Medicine Strategic Plan:

Center for One Medicine

We are proposing a new University-wide program that would help prepare society to address the animal and human dimensions of emerging public health issues, such as avian influenza and anti-microbial resistance. This program will support studies at the intersection of wildlife disease, sustainable agriculture, conservation medicine, and human and environmental health. Ultimately, this work will inform and improve public health policy.

Objective—To compare the temporal and spatial distribution of cases of blastomycosis among humans and dogs in Illinois.

Sample—Human and canine populations in Illinois from 2001 through 2007.

Procedures—For each year, human population data were obtained from the US Census Bureau, and the total number of dogs was estimated by use of a human population–based formula. Data regarding infections with Blastomyces dermatitidis in humans were accessed from the Illinois Department of Public Health. Data regarding B dermatitidis infections in dogs were acquired through a survey of a random sample of the 747 veterinary medical practices in Illinois. Statistical analyses of human and canine data were performed by use of t tests, ANOVA, odds ratio assessment, and regression modeling.

Conclusions and Clinical Relevance—The estimated annual incidence of blastomycosis in humans and dogs in Illinois increased during the period of interest. Veterinarians, physicians, and public health agencies should be encouraged to communicate with each other regarding diagnoses of blastomycosis in either species to facilitate early diagnosis and treatment. (J Am Vet Med Assoc 2011;239:335–343)

A public-policy practicum to address current issues in human, animal, and ecosystem health.

There are recognized needs for cross-training health professionals in human, animal, and ecosystem health and for public health policy to be informed by experts from medical, science, and social science disciplines. Faculty members of the Community Health and Preventive Medicine Section at the University of Illinois at Urbana-Champaign, College of Veterinary Medicine, and the Institute of Government and Public Affairs, University of Illinois at Urbana-Champaign, have offered a public-policy course designed to meet those needs. The course was designed as a practicum to teach students the policy-making process through the development of policy proposals and to instruct students on how to effectively present accurate scientific, demographic, and statistical information to policy makers and to the public. All students substantially met the learning objectives of the course. This course represents another model that can be implemented to help students learn about complex, multifactorial issues that affect the health of humans, animals, and ecosystems, while promoting participation in public health policy development. 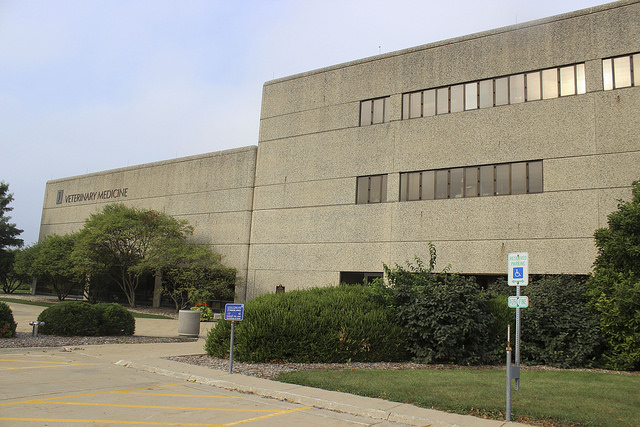 This guide is a modified version of the One Health Portal developed by the Librarians at the University of Wisconsin-Madison Ebling Library and Steenbock Library.  Many thanks for permission to take their template and resources and tailor them to the Illinois audience.