These are the first kitchen utensils to address usability for everyone. Sam Farber, the founder of Copco, had retired to France after selling his company. He was in the kitchen one day and he saw his wife attempt to peel a potato with the usual potato peeler we are all familiar with, the one made out of steel with a bent piece of metal for a handle. Sam's wife struggled and then turned to him and said, "can't you make something that doesn't hurt my hands?" Sam was on the phone immediately with Smart Design and he basically challenged the rest of Smart's staff to come up with a better potato peeler with a rubber handle. Not only did Smart Design come with a better potato peeler which changed how we all think about kitchen gadgets, but they continue to add to the OXO Good Grips product line today. As a side note: the OXO peeler wasn't cheaper than the standard product. In fact, it was more expensive. But it was safer, easier to use and more comfortable. People will pay for safety, ease of use and comfort." 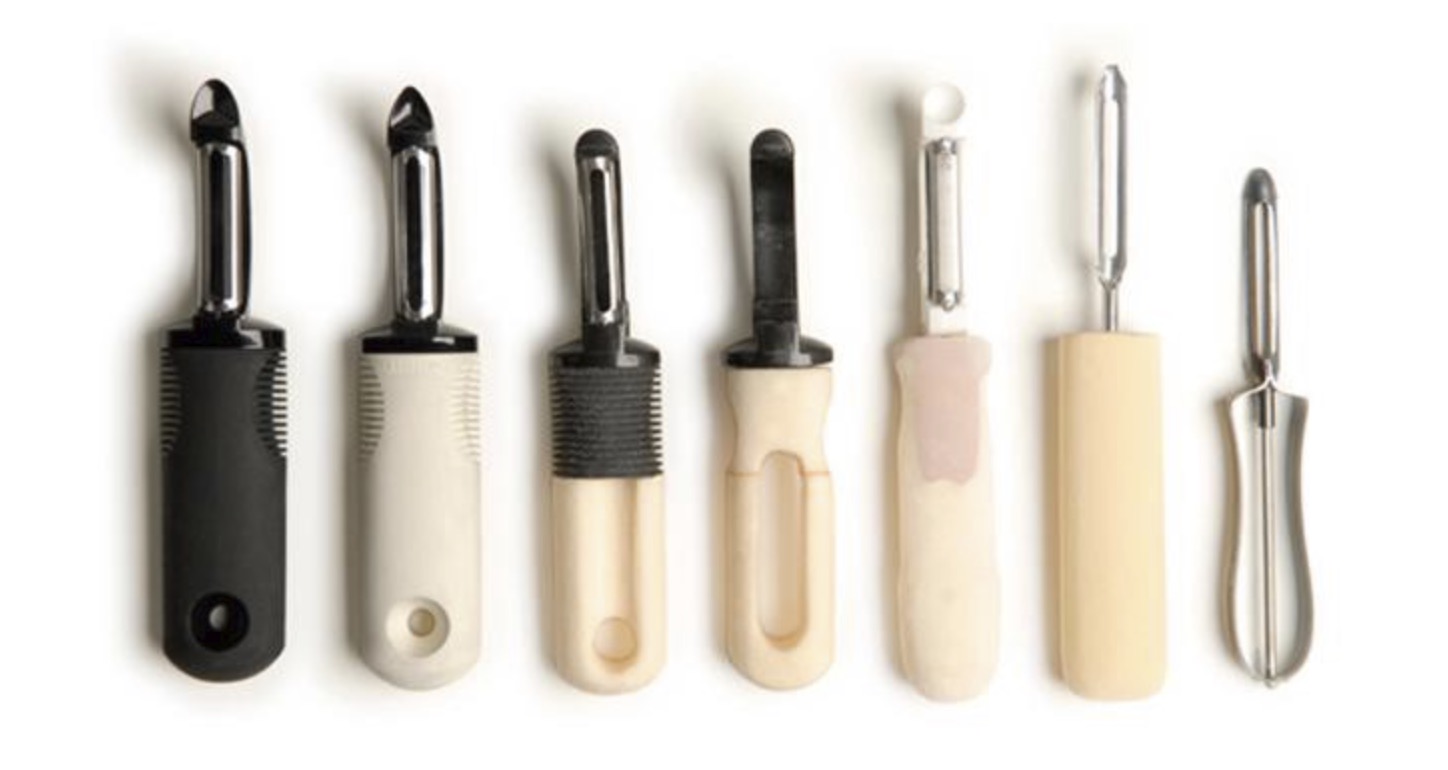 It is an office chair that has every feature you might need that comes in small, medium or large. With the Aeron Chair, everyone is equal in the office. Everyone deserves the same support, comfort and features. The small manager no longer gets to sit in the big chair while his assistant sits uncomfortably in a small one. In the 1980s, Bill's next line of chairs for Herman Miller, the Equa Chair, really made an attempt to equalize the office environment. There were fewer models and most used the same size seat and back shell. The Equa Chair set a new standard and really questioned the prevailing logic of chair design at the time. Then came the Aeron chair, which challenged the design standards in the early 1990s. 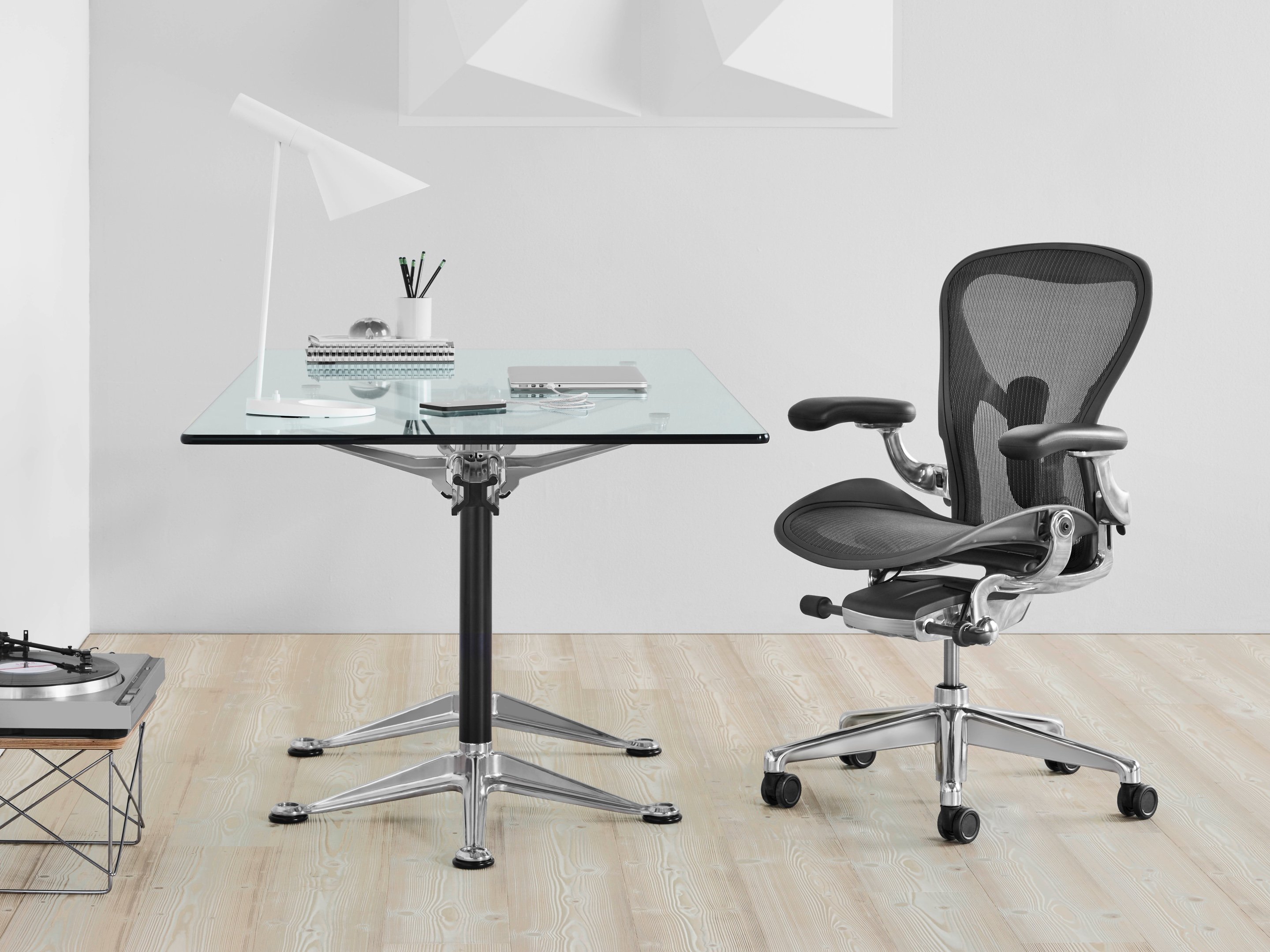 IDEO designers created a voting system that addresses the complexities unique to that voter base, including its vastly diverse population and its myriad election laws and policies. It was imperative for designers to build a system that would be useful and accessible to all types of voters: those who are vision and hearing impaired, in wheelchairs, have learning disabilities, are unfamiliar with technology, speak languages other than English—voters of all ages and backgrounds.

It is one device for equal access, to define a voting process that feels familiar to voters, balancing both emotional and functional needs, and to build a system that’s adaptable over time. 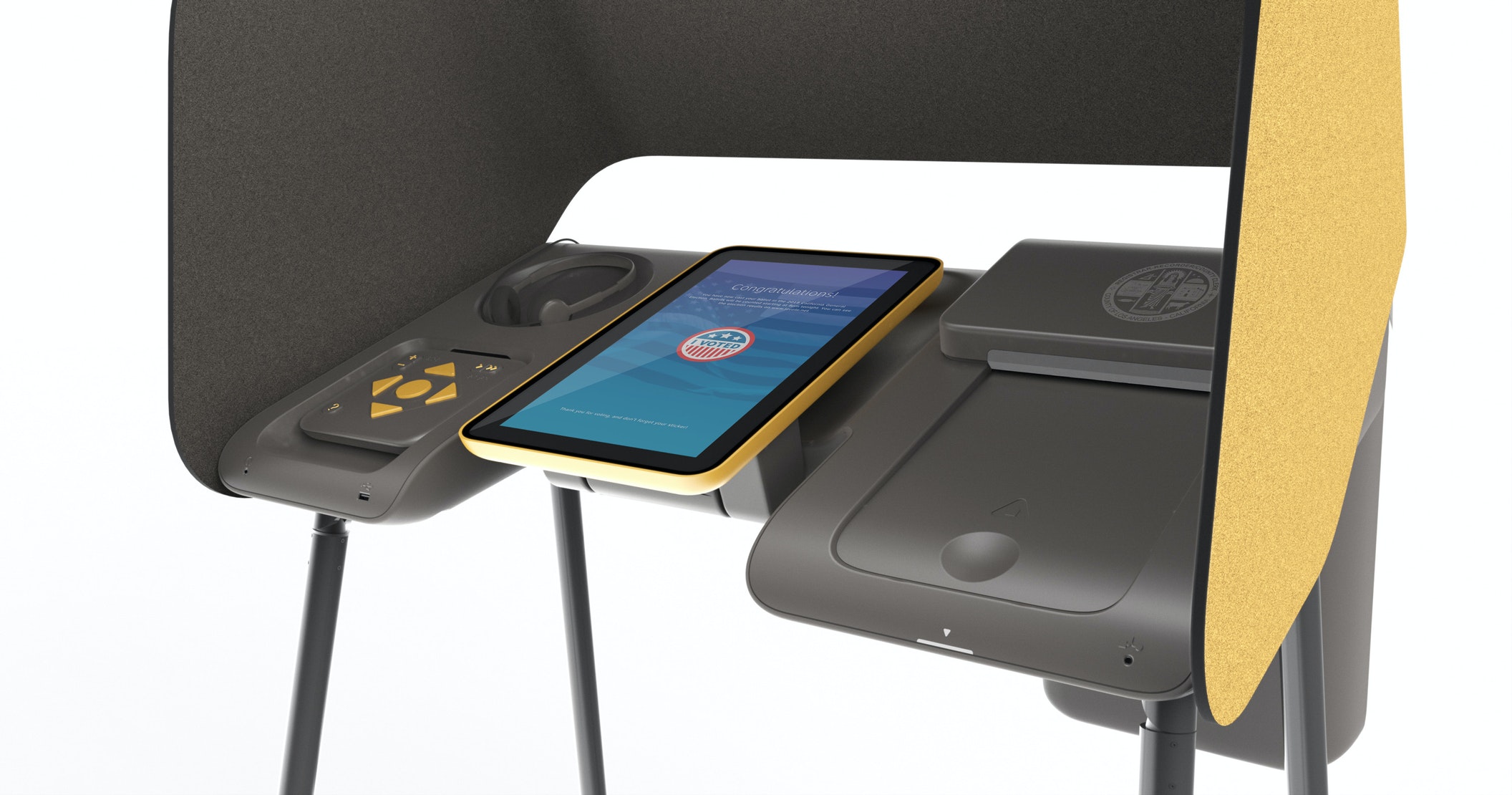 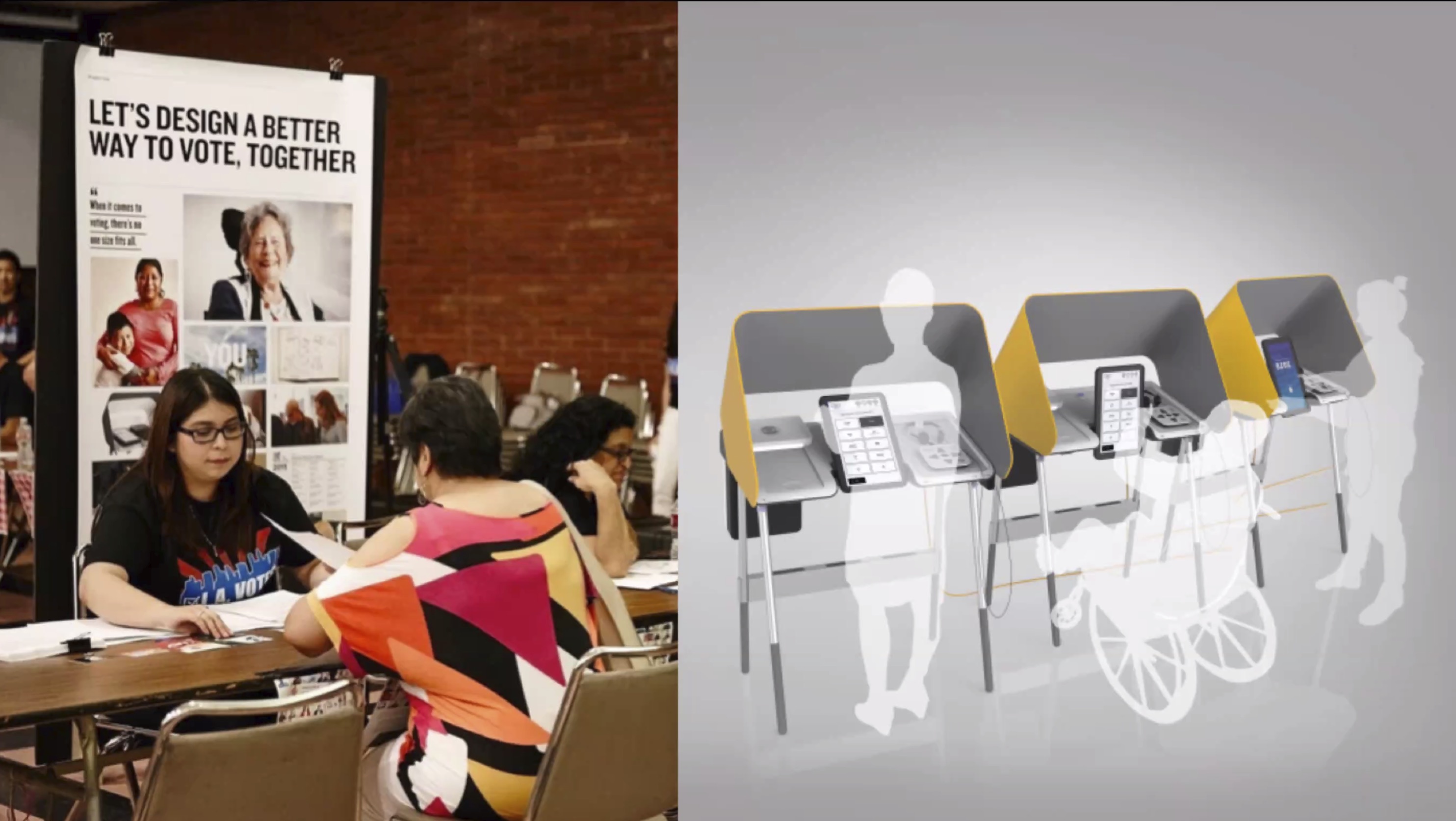 Inspired by her grandma Helen who accidentally took her grandpa’s medicine, the designer cooperated with Target to create a better way to take medicine. It has overturned the traditional medicine bottle design for a long time. The easy-to-read design is not only specially designed for the elderly, all people can learn the information of the medicine bottle more conveniently and quickly through this design. People no longer need to turn the bottle while reading the infinitesimal words on it. And each family member has its own color ring to distinguish its own medicine bottle. 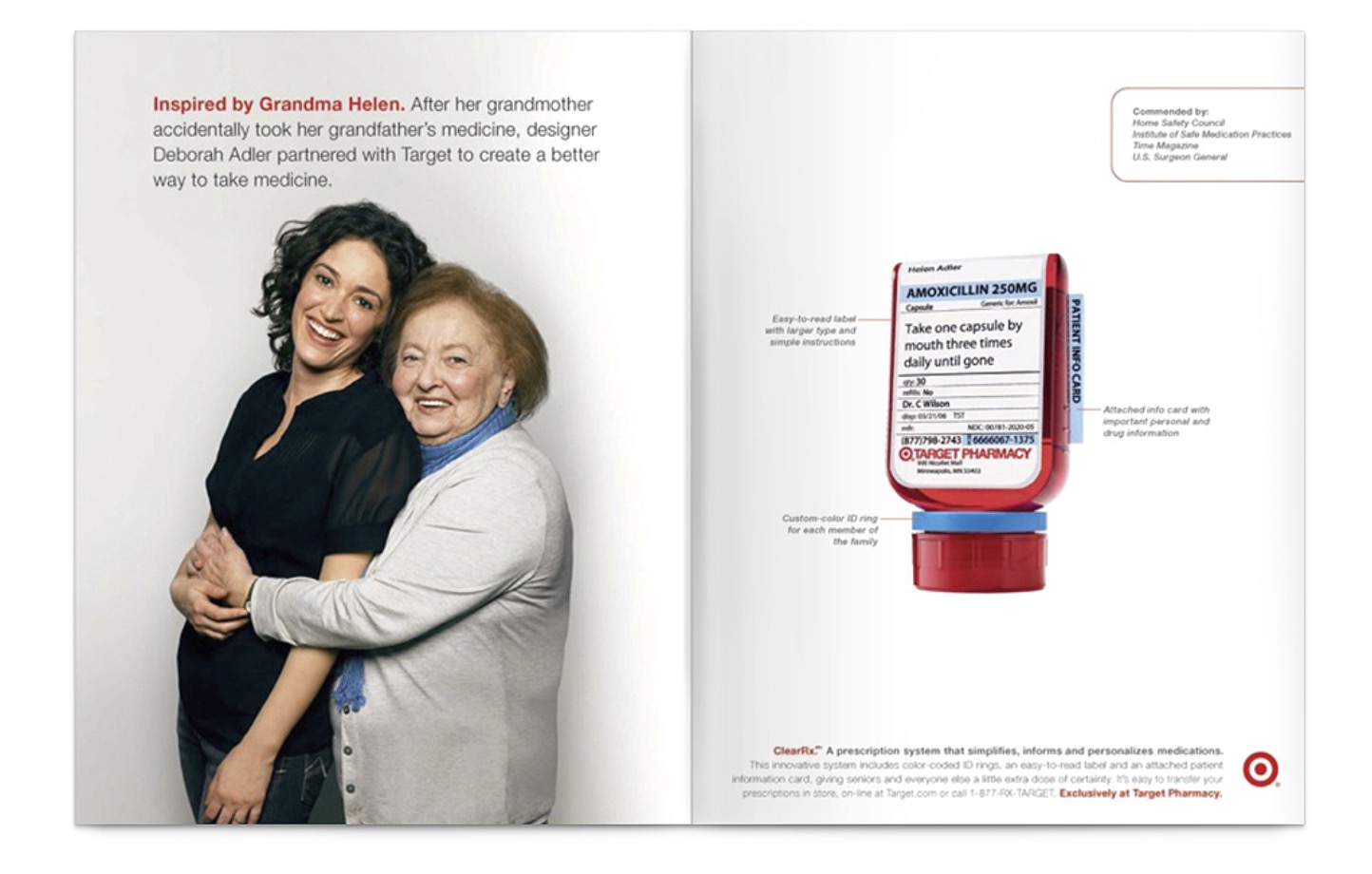 On May 18, 2018, Microsoft released the Xbox Accessibility Controller, designed for people with disabilities. Xbox aims at gaming and providing fun for everyone by inclusive for all, accessible for all, and safe for all. It is designed primarily to meet the needs of gamers with limited mobility, the Xbox Adaptive Controller is a unified hub for devices that helps make gaming more accessible. 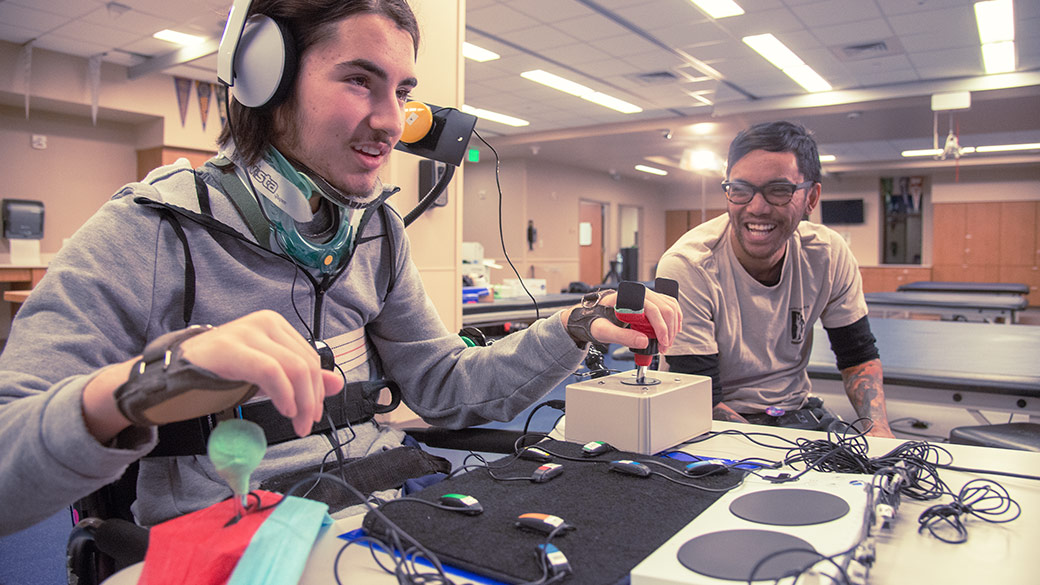 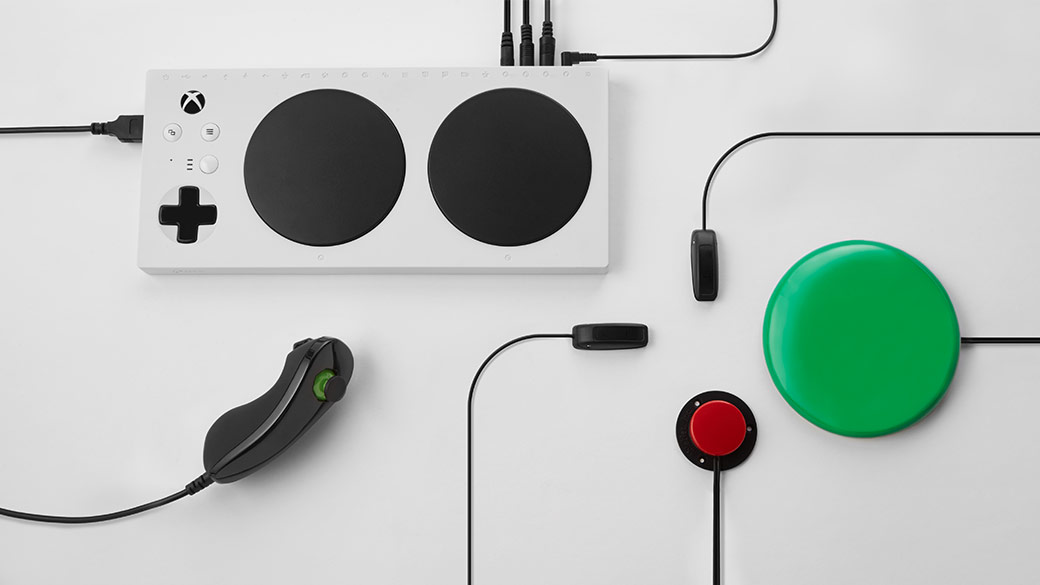 The first working model of a typewriter was made by the Italian Giuseppe Pellegrino Turri, a noble and skilled mechanic, in the early nineteenth century. Turri also invented carbon paper to provide the ink for his machine. Almost nothing is known about the machine, but some of the letters written on it have survived (16 letters are preserved in a museum in Reggio Emilia). According to the legend, Pellegrino Turri had fallen in love for the beautiful Countess Carolina Fantoni da Fivizzano (1781-1841), a nephew of the Italian poet Labindo. Slowly, the young contessa’s vision blurs, distorts, and fades. So, in hope of improving her illegible writing and to enable her to correspond with her friends (including him) in private, in the beginning of 1800s Turri crafted a machine made of keys and metal arms tipped with raised characters. When the Countess pushed a key, an arm struck a piece of carbon paper atop a sheet of paper. 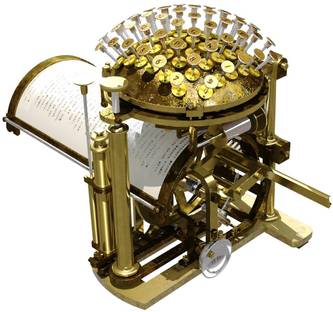 September 1988 marked the 30th anniversary of the first truly successful captioning undertaking for persons who are deaf. Public Law 85-905, which created the Captioned Films for the Deaf program, was signed by President Dwight D. Eisenhower on September 2, 1958. As a result, deaf Americans once again had access to the motion picture, which became inaccessible with the introduction of sound in 1927. One other extraordinary event also took place that year. This was the broadcast of a rough image of a dollar sign by P. T. Farnsworth. 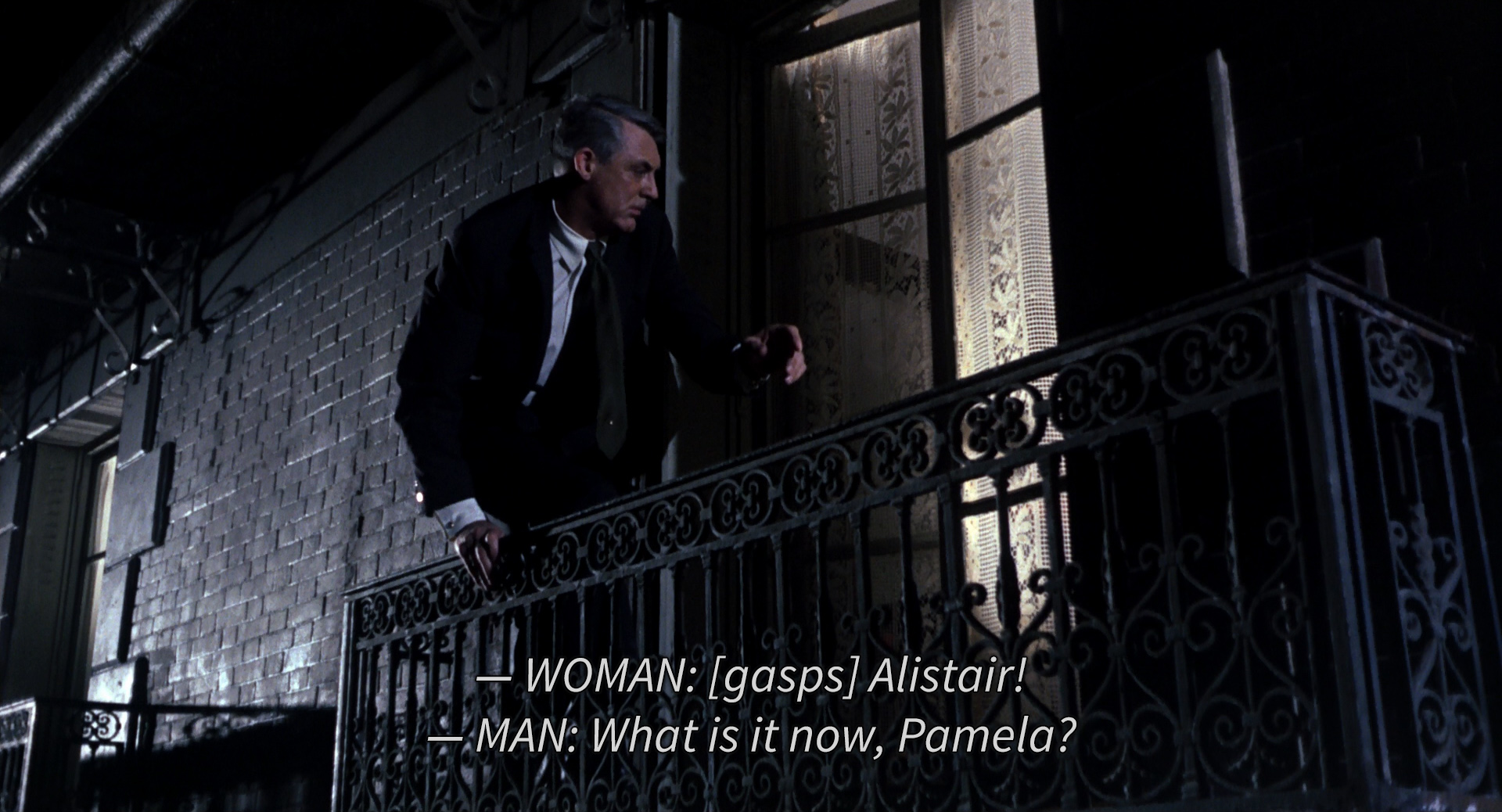 Tech guru Vint Cerf created the first commercial Email system back when the Internet was first developed (then known as ARPANET). One of the main reason of his email push is that Vint Cerf himself is hard of hearing and relies heavily on written communication.