In 2002 the Society for Ecological Restoration published a definition of ecological restoration:

"Ecological restoration is the process of assisting the recovery of an ecosystem that has been degraded, damaged, or destroyed" -The SER Primer on Ecological Restoration (2004), page 2.

Twentieth-century environmentalists such as Aldo Leopold championed the principle of restoration, which took shape as an academic field of study in the 1980's with works such as A.D. Bradshaw and M.J. Chadwick's The Restoration of Land and the founding of the Society for Ecological Restoration in 1987 and their sponsored journal, Restoration Ecology in 1996 (Cairns and Heckman, "The State of An Emerging Field" (1996)). 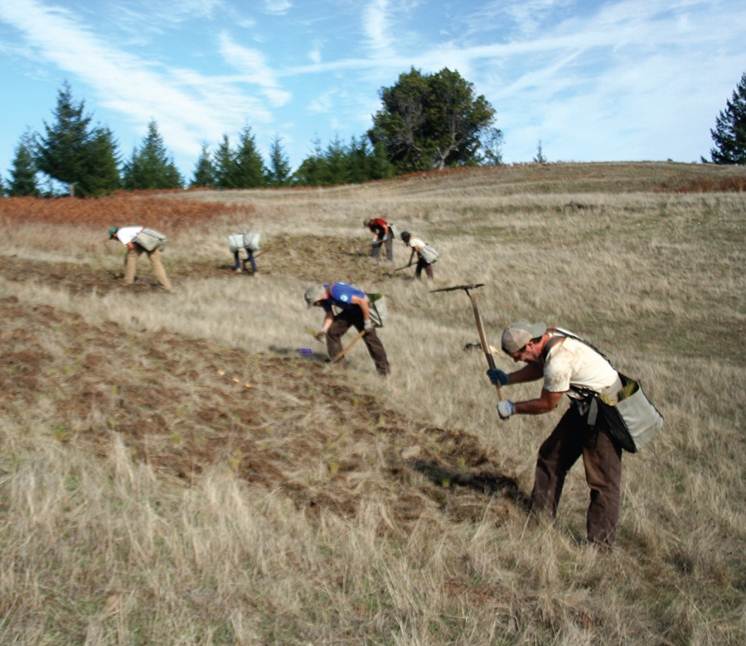 The definition of "ecological restoration" has been the subject of some disagreement. In 1992 the U.S. National Research Council urged federal agencies to agree that ecological restoration is "the return of an ecosystem to a close approximation of its condition prior to disturbance" (Restoration of Aquatic Ecosystems, page 5).  However, this term has sometime been to describe areas of partial restoration, for example, shorelines where spilled oil has been removed as much as possible with current technologies, or areas where a particular species has been successfully introduced ("Ecological Restoration," The Encyclopedia of Ecology & Ecological Management, page 217). Controversy also surrounds particular restoration strategies and tools, such as the use of Corexit and other chemical dispersants in response to oil spills. 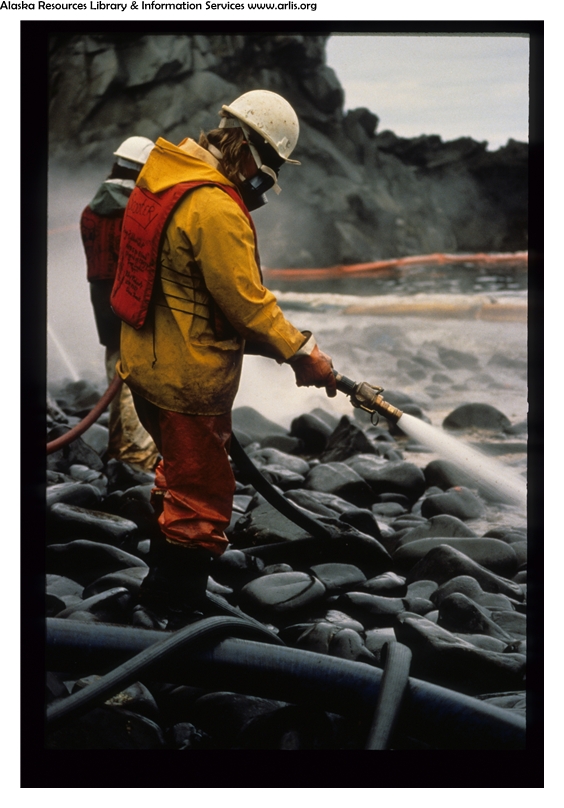 A worker cleans the Alaskan coastline near the Exxon Valdez oil spill. Taken in 1989 and uploaded in 2010 by user ARLIS Reference. Image permission via cc 2.0 license.

This Libguide was created by Mark Dahlquist.