Bibliographies are the best sources when it comes to doing research. They are a one-stop-shop of sorts when looking for materials and resources about a certain topic. The best bibliographies include annotations about the resources included. Annotations are helpful for the scholar because they allow him or her to get a real sense of what the materials are about; i.e. if they are really relevant to his or her research. Bibliographies are time-savers in research and give the scholar the best sense of how much material was published on that topic.

For this topic, a good general bibliography is Murlin Croucher's Slavic Studies: A Guide to Bibliographies, Encyclopedias and Handbooks (Wilmington, DE: Scholarly Resources, 1993). Volume I includes Poland. It has excellent broad subject headings, so it is a good place to start for general information. Following a chain of bibliographies would lead to more specific results. Note: This is in English. It cannot be solely relied upon for vernacular language materials. Q. 016.947 SL16

Michal Gnatowski and Daniel Bockowski. Sowietyzacja i rusyfikacja polnocno-wschodnich ziem II Rzeczpospolitej: 1939-1945: studia i materialy (Bialystok: Uniwersytet w Bialymstoku, 2003). For a different approach to the topic of the Soviet occupation of Poland, this source is worth a look. Discusses the Sovietization/Russification of Polish lands during the War. Call number: 327.438047 So89 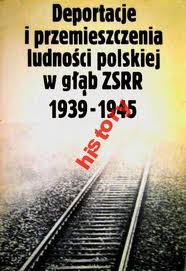 This bibliography is a great resource to use when researching the topic of the Soviet deportation of Poles. It has its flaws, but it is essential and directly connected to this topic.

It was compiled by the librarians of the Main Library of the Academy of Internal Affairs (ASW) based in Warsaw. In the preface, the compilers address the fact that a bibliography of this sort had never been put together which was a detriment to all those interested in Polish history and the foreign relations between the Soviet Union and Poland.The introduction gives an excellent overview of the history of the events surrounding the deportations. Most of this section discusses the debate surrounding the actual number of Poles deported and how this number varies so widely.

Meticulously organized, the bibliography include great annotations, which include direct quotations from the documents, books or memoirs. This not only allows the scholar to get a sense of the language/jargon of the resource, but also gives him or her an idea of how pertinent it actually is. Furthermore, each entry is signed by the person who wrote it; the compilers were librarians at the Main Library, so were experts in the field. It is also noted where each source can be located, which may prove indispensible for a scholar. A negative aspect of the bibliography is its scope. Although it is very thorough, the compilers admit themselves that many of the same kinds of sources repeat. Another drawback is its age; it was published in 1988, before Communism fell in Poland, and before their could be more honest discussions about Soviet crimes against the Poles during WWII. Nevertheless, this is a great place to find other sources about the topic.

All editions, since it comes out almost every year, would be good to take a look at, but I am suggesting two specific years for the print version: 1959 and 2007.

This bibliography is very well-organized with a thorough table of contents. Books published on history are separated by topic, with the relevant sections entitled Polish Nation during WWII 1939-1945 (Narod Polski podczas drugiej Wojny Swiatowej 1939-1945). One of the best parts of this bibliography is that, at the beginning of each section, there are lists of other entries that are pertinent to the topic, but are located elsewhere. Some annotations are thorough, others are not at all. But the titles are pretty descriptive, so the annotations are not that much of a drawback. Looking at the 1959 edition to see what was published on the topic is a good exercise for a historian. It is close enough to the events of World War II to make them "history" but close enough to make them within recent memory. It would be interesting to read the materials published at this time to see prejudices and biases, and then compare them to what is written more recently. Also, these publications would help in gathering background information. 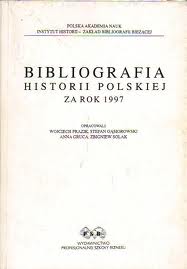 Similarly organized as the above-mentioned edition, but filled with more recently published materials. Again, the annotations are not perfect, but the organization really helps with use. Flipping through the section about 1939-1945, it is obvious the wealth of material available on the deportation of Poles. Pages and pages list memoir literature, which gives the best idea of social conditions and reaction to the deportations. Part of the historian's job is to see what has recently been written about a topic and using this recent edition is the perfect way to fulfill the requirement. Also, over time, certain subjects become more popular to write about, especially if the scholar thinks there is not enough on the topic in the first place. Using this bibliography shows that World War II is still hotly discussed and the deportation of Poles is a topic with rich resources.

Bibliografia Historii Polskiej also has an online version. Co-sponsored by the Instytut Pamieci Narodowej, the online version makes searching for specific materials easier to do. The database, however, does not have each year indexed; it only includes 1988-2007. It says they are trying to get 1980-1987 up in 2010.

Any scholar doing research in the REEE area has to have the appropriate language skills to be able to do an excellent job. That is not to say, however, that English sources cannot be used. Here is an interesting bibliography worth taking a look at:

This is an interesting source. It is good for those unfamiliar with Polish who want to see what has been written about a certain topic within World War II. It might be a good start for scholars like those. However, it may also be something a long-time scholar would want to look at; a fresh perspective to the topic that might be helpful. There are some good sources about the Soviet occupation and deportations. The table of contents is very good and very specific. For this topic, the scholar could look under "Soviet Occupation", "Katyn Forest Massacre" and "Demographic changes and shifts...". The title is a bit misleading, since many of the annotated books are in Polish, not only in English. It is the annotations that are all in English.