St. Margaret and the Dragon 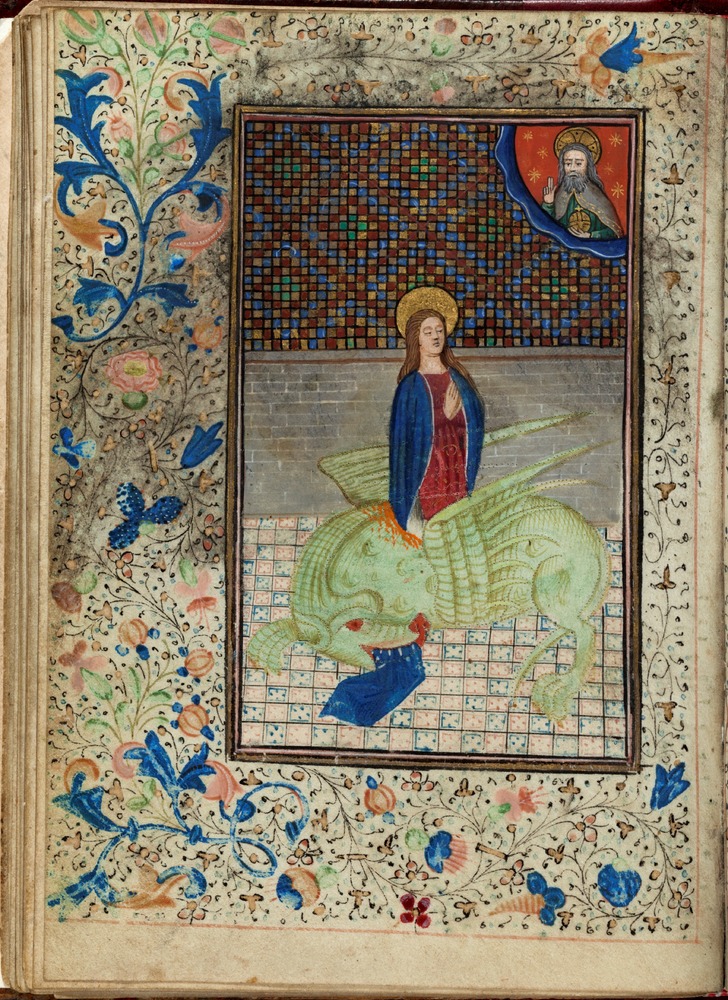 Introduction to the Guide

Welcome to the guide for Books of Hours at UIUC's Rare Book and Manuscript Library. In the Starting Research section you will find general resources for how to locate secondary sources pertaining to Books of Hours as well as specific titles that discuss the genre. Understanding the Sections of Books of Hours will walk you through the standard textual divisions found in Books of Hours using the Lyte Book of Hours as an example.

What are Books of Hours?

Developing out of the increase in Marian veneration that occurred throughout Western Europe in the eleventh and twelfth centuries, Books of Hours are devotional texts that allowed the average person to model their daily approach to worship after the ordained clergy. The genre receives its name from the organizational structure of the book, which contains liturgical readings for each of the canonical hours of the Divine Office: Matins, Lauds, Prime, Terce, Sext, None, Vespers, and Compline. In the following centuries, Books of Hours would become the most frequently copied set of texts, and was often the only book a family would own. Owing to this popularity, Books of Hours offer insight into the devotional practices of the medieval laity, particularly women, for whom they were primarily made.