Browsing the Catalog for Bibliographies 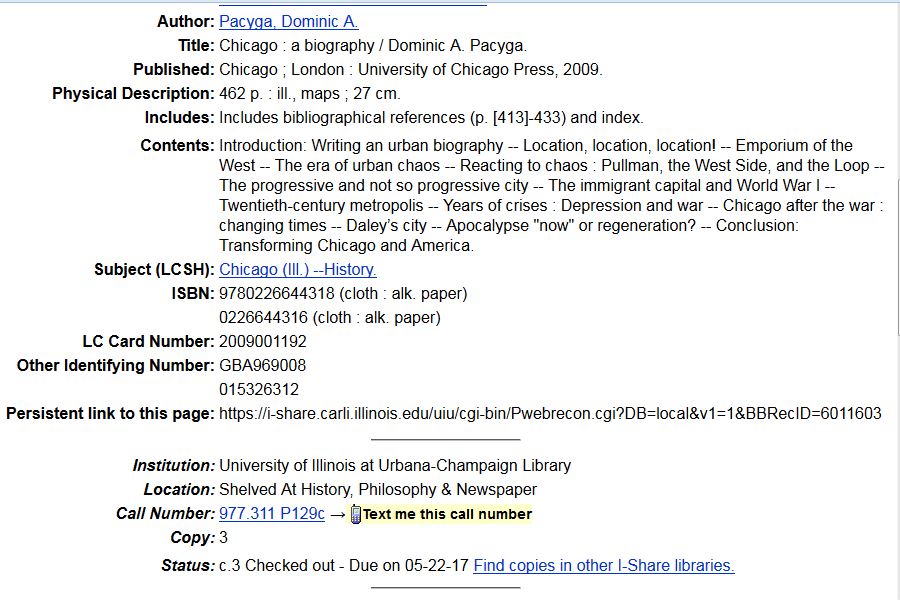 You would then write down the classification number for that book (the number portion of the call number): 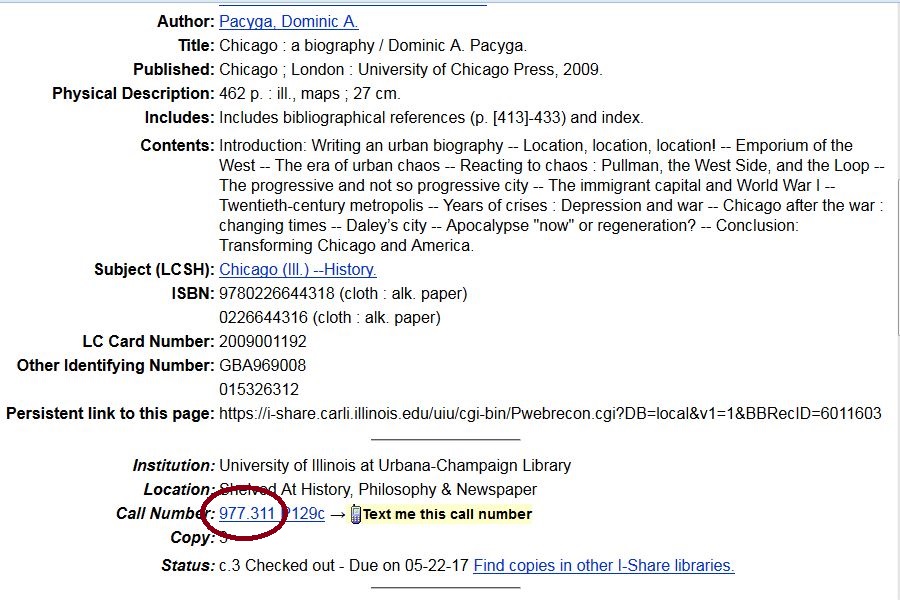 So the classification number for Chicago history 977.311. You take that number (without the decimal point), and append it to the number 016.: 016.977311 . That is where you would expect to find bibliographies of sources for the study of Chicago history.

Because so many of the Library's books are now held in a remote storage facility that cannot be shelf browsed, you must use the "Classic" Library Catalog to perform a virtual shelf browse:

Another example: I know that the classification number for books on the Holocaust is 940.5318. I can predict the call number range for bibliographies on the Holocaust by adding 016 to that number: 016.9405318: 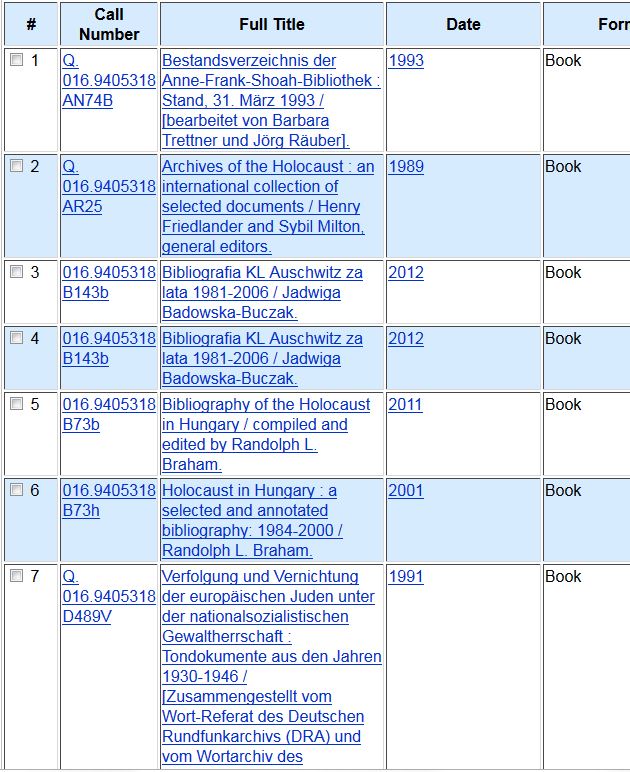